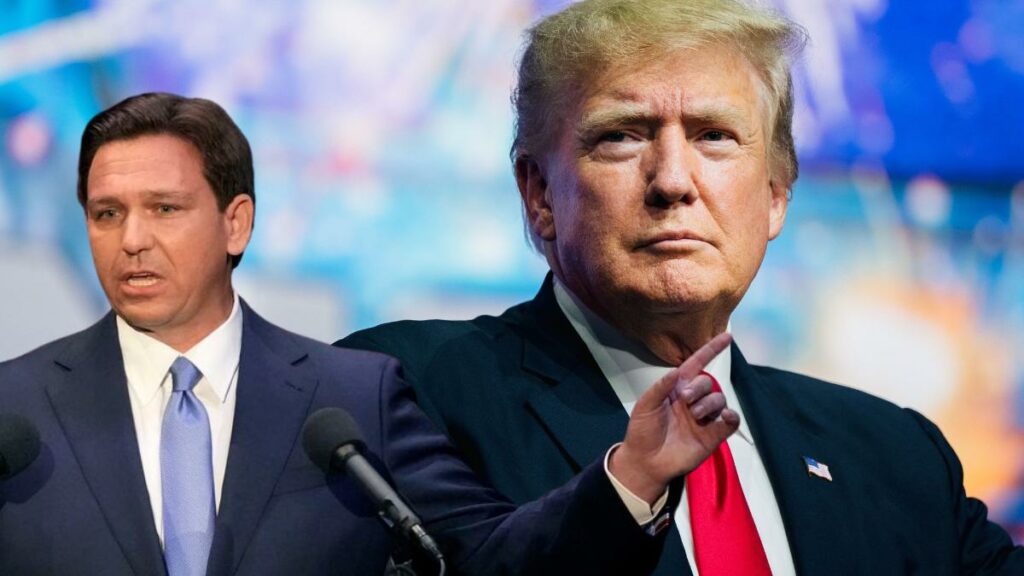 Former President Donald Trump has claimed in a Truth Social post that he prevented Florida Governor Ron DeSantis losing in the 2018 gubernatorial elections by sending in FBI agents who stopped the election from getting rigged by voter fraud.

The former president’s post read that in 2018, “when votes were being stolen by the corrupt Election process in Broward County, and Ron was going down ten thousand votes a day, along with now-Senator Rick Scott, I sent in the FBI and the U.S. Attorneys, and the ballot theft immediately ended, just prior to them running out of the votes necessary to win.”

In the 2018 gubernatorial elections, DeSantis defeated Gillum by a margin of only 0.4 percent of the total number of ballots cast.

The former president’s latest allegations of election fraud come as Trump continues to attack DeSantis in the aftermath of the Republican party’s dissatisfactory performance in the 2022 midterm elections, with several prominent conservative figures now leaning towards the Florida governor to lead the party into 2024.

According to the former president, Florida Governor Ron DeSantis is an “average” Republican, and was “politically dead” when he approached him for help in the Republican primary elections for Governor, where he was pitted against Florida’s agriculture commissioner, Adam Putnam.

“Ron came to me in desperate shape in 2017—he was politically dead, losing in a landslide to a very good Agriculture Commissioner, Adam Putnam, who was loaded up with cash and great poll numbers,” wrote the former president in his lengthy Truth Social post. The ex-president also accused Ron DeSantis of “playing games” with his future plans in the GOP. “The Fake News asks him if he’s going to run if President Trump runs, and he says, ‘I’m only focused on the Governor’s race, I’m not looking into the future.’ Well, in terms of loyalty and class, that’s really not the right answer,” wrote the former president.

The attack is the latest development in the rapidly escalating feud between the former President and the Florida Governor. In another instance, former president Trump accused Ron DeSantis of lacking “loyalty and class.”

Despite previously declaring himself to be “all in for Ron,” former President Trump denounced the governor as he refused to reveal whether he will announce a White House bid for 2024. The ex-president also accused the media of having an “anti-MAGA” agenda and of “colluding” with DeSantis, comparing the situation to his victory over GOP favorite “Low Energy Jeb Bush” in early 2016.

Following a rally organized in support of J.D. Vance in Ohio on Monday, the former president reportedly threatened to release information about DeSantis “that will not be very flattering” if he runs against him in 2024. At a rally in Pennsylvania on Saturday, he referred to the governor as “Ron DeSanctimonious.”