Henry McMaster’s Daughter -Everything you need to know 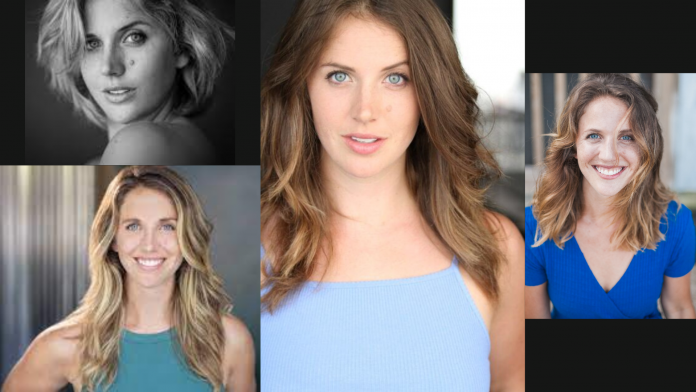 Henry Dargan McMaster is an American politician of the Republican party currently serving as the 117th Governor of South Carolina. He is also an attorney and has formerly worked as a federal prosecutor in private practice for U.S. Senator Strom Thurmond. McMaster has served in the United States Army Reserve.

Who is Henry McMaster’s daughter?

Henry McMaster’s daughter’s name is Mary Rogers McMaster. She is an actress and a director, famous for Literally Karen(2018) and The Last Full Measure (2019). Her exact age is not clear but she is between the age of 25-30.

She recently launched her own business, The Good Habit in 2021 and currently occupies the position of CEO. Her business revolves around mental wellness and inner peace.

“I found myself on the Q train platform, slowly sinking into a bath of worry. I felt the all too familiar anxiety invite me to sink lower and lower until my head was barely above the water. Normally, I would attach to the feelings and sink lower.”

“Ever since then, I have been building tools for peace that can be repeated and learned with practice. I have created a coaching platform that helps people identify their false beliefs so that they may move beyond those limits and jump on a path to peace, sustainably and on their own time.” -Mary said in an interview at the launch of her business.

“Can we try to produce more positivity than negativity for one day?” 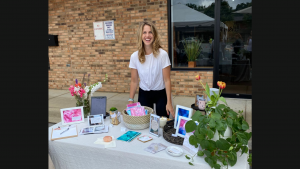 Henry McMaster’s daughter, Mary McMaster was in the news during the Covid-19 pandemic, in reaction to the negative comments received by her father on the way he dealt with the situation.

Mary implored people to spread more kindness instead of negativity on social media during those tough times.

“Living a life in politics where you are at the mercy of the public day in and day out is terribly hard. Can you imagine being scrutinized on every action you make all day long?” – she added referring to the negativity showered on her father.

The long Facebook post ended with Mary’s appeal to “grow more kindness on the internet, together”,along with a heartwarming picture of her father with their pet dog.

Columbia Gov. walks his daughter down the aisle at the Governor’s mansion 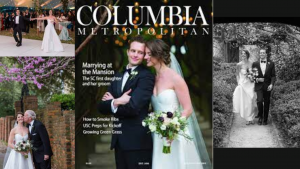 Mary Rogers McMaster recently tied the knot with her long time sweetheart, Sam Herskovitz, in March 2019. She met him in 2016 while on an outing with friends in Santa Monica.

“I was on the dance floor when suddenly Sam was dancing with me. I’d never met him, but I somehow knew from the very beginning that one day he’d be important in my life.” – Mary said.