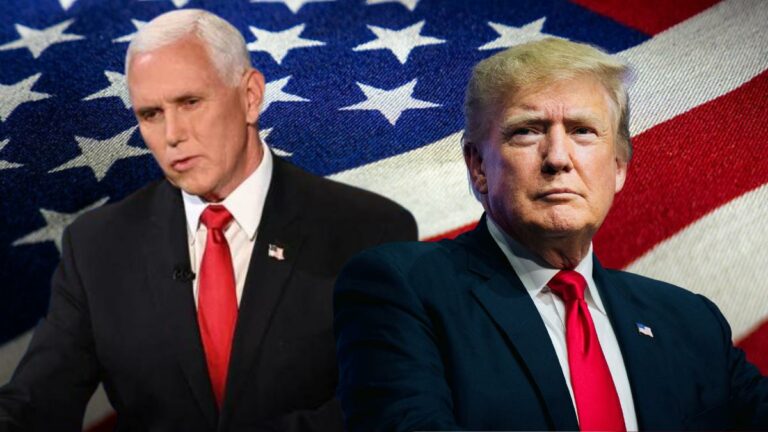 According to sources, the US Department of Justice has asked former Vice President Mike Pence to testify in its investigation into Donald Trump’s election tampering, and the former vice president is considering the request.

The request came before the Justice Department appointed a special counsel to oversee two investigations related to the former president, including one into alleged mishandling of classified materials discovered at his private Mar-a-Lago estate in Palm Beach, Florida, and the other into the attack on the US Capitol on January 6, 2021. It still isn’t clear how the appointment of special counsel Jack Smith will influence discussions between the Justice Department and the former Vice President’s team.

Last week, Mike Pence stated that he would not testify to the House January 6 committee. “Congress has no right to my testimony on separation of powers under the constitution of the United States. And I believe it will establish a terrible precedent for the Congress to summon a vice-president of the United States to speak about deliberations that took place at the White House.” -said the former Vice President in a statement last week.

The former Vice President also claimed that the committee, which consisted of seven Democrats and only two Republicans, was too partisan. The panel’s chair and vice-chair, Bennie Thompson and Liz Cheney, both denied the charge.

However, according to recent reports, Mike Pence’s team has indicated that he is open to discussing a potential agreement with the Department of Justice to provide some testimony from his side.

Pence recently published a memoir in which he described some of his interactions with Trump as the former president attempted to overturn the results of the 2020 election. Following the publication of the book, it was expected that the Justice Department would seek information about those interactions as part of the criminal investigation.

Pence eventually refused to obstruct the certification of electoral college results, which he presided over. Trump, he writes, was “too honest” to participate in a plot based on allegations of widespread electoral fraud. Pence, on the other hand, believes Republicans were correct to object to results in key states because it “meant we would have a substantive debate.”

According to The New York Times, the request was made to Pence before Merrick Garland, the attorney general, announced the appointment of a special counsel to oversee the Justice Department investigation last week on Friday

Garland stated that the appointment of career prosecutor Jack Smith would not impede the investigation into Trump’s attempt to remain in power despite losing the 2020 presidential election to Joe Biden, culminating in the deadly Capitol attack on January 6, 2021.

Smith will also be in charge of the investigation into Trump’s retention of White House documents.