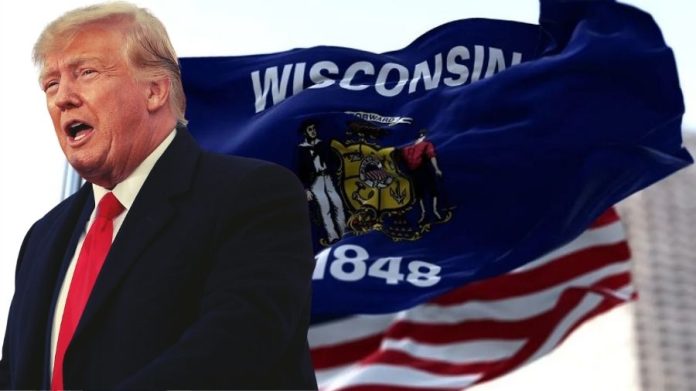 Republican operatives, politicians and lawyers who allegedly aided and abetted a fraudulent plan to put forward an alternate slate of fake electoral votes for Donald Trump have been sued in Wisconsin state court by some of President Joe Biden’s electors in the 2020 election.

Two of the state’s Biden electors, and also a Wisconsin voter, filed the lawsuit on Tuesday, alleging that the defendants conspired illegally. The complaint claims that the scheme, in which Trump supporters sent fake certificates claiming he won states he didn’t, “caused serious and irreversible harm to the country’s political structures generally, and also to representative government in Wisconsin particularly.”

Wisconsin voters believe in the honesty of their election campaigns

“By spreading false allegations of widespread fraud, the scheme harmed — and continues to harmed — Wisconsin voters’ belief in the honesty of their election campaigns, and citizens’ faith in the authenticity of their government’s authority,” the plaintiffs wrote in their complaint, which was filed in Dane County Circuit Court.

According to the organisations spearheading the lawsuit, the Wisconsin-based nonprofit Rules Forward as well Georgetown University Law Centre’s Institute for Constitutional Advocacy and Protection, this is the first of its kind to seek accountability for those involved in a fake elector plot.

Legal experts, however, believe the lawsuit is a long shot that will face significant procedural challenges in court. The plaintiffs are seeking monetary damages as well as court orders stating that the defendants acted illegally and prohibiting them from putting themselves forward as presidential electors in a future election.

Why have two attorneys been named as fraudulent Wisconsin electors?

The two attorneys named as defendants, as well as several of the operatives and politicians named as fraudulent Wisconsin electors for whom contact details could be found, did not respond to requests for comment. They engaged in a civil conspiracy, according to the complaint, that “violated an amount of civil and criminal laws,” including a Wisconsin law governing the election process, another state law making it a felony to falsely assume to act as a public officer, and a federal law forbidding the corrupt obstruction of an official proceeding.

They’re also accused of breaking the Wisconsin Constitution and a Wisconsin public nuisance law, both of which could result in damages for the plaintiffs. The complaint referred to a Republican-led investigation into the 2020 election in Wisconsin, as well as a push to decertify the election results.

What did Michael Morley say?

“These calls for decertification are gaining traction, and they’ll only resound as the next presidential race approaches. Support for the incorrect legal claim that state legislatures have sole authority to choose presidential electors, regardless of what happens in the popular vote, will also grow,” the complaint says. Legal experts expressed their doubts about the lawsuit’s chances.

“A lot of what the plaintiffs complain about didn’t result in specific harm to these plaintiffs,” said Michael Morley, the Sheila M. McDevitt Professor of Law at Florida State University. He predicted that the court would rule that any disagreement over who should be nominated as electors after the 2020 election was settled years ago. If the lawsuit is dismissed, Morley says, “that should not be taken as vindication of anything the defendants did.”

What did Franita Tolson say about the incident?

The plaintiffs’ injury, according to Franita Tolson, was too speculative for the suit to succeed. “In reality, the fraudulent electors did more harm to Wisconsin as a polity than to these specific plaintiffs,” she wrote in an email. “Frustration that federal and state officials have struggled to hold the fraudulent electoral votes accountable for their actions is insufficient to grant these plaintiffs standing,” she continued.

Franita Tolson is the George T. and Harriet E. Pfleger Chair in Law and Vice Dean for Faculty and Academic Affairs at the University of Southern California Gould Law school. She is also a courtesy faculty member in the USC Dornsife College of Letters, Arts and Sciences’ Political Science and International Relations Department.

Electoral law, constitutional principles, legal history, and job discrimination are the subjects of her research and teaching. Partisan gerrymandering, political groups, the Elections Clause, the Civil Rights Legislation of 1965, and the 14th and 15th Amendments are among the topics she has written about.

Vice Dean Tolson has written for or appeared as a commentator for a variety of media outlets, including The New York Times, The Los Angeles Times, The Wall Street Journal, Reuters, and Bloomberg Law, as a nationally recognised expert in election law. She has testified before Congress on voting rights issues numerous times.

Senators Elizabeth Warren and Richard Durbin have proposed an amendment to the US Constitution that would clearly protect the right to vote, and she has written a legal analysis for it. Vice Dean Tolson worked for CNN as an election law consultant in the fall of 2020. She and Ned Foley of The Ohio State University Moritz College of Law co-host the election-themed podcast Free and Fair with Franita and Foley.

Professor Morley joined FSU Law in 2018 and specialises in election law, constitutional principles, remedies, and federal courts. His research is focused on election emergencies, the right to vote under the Constitution, the Electoral Count Act, and the federal courts’ equitable powers.

He’s testified in front of congressional committees, given presentations to election officials for the US Election Assistance Commission, and been a member of bipartisan blue-ribbon groups. Professor Morley’s work has appeared in the Georgetown Law Journal, the Virginia Law Review, and the Northwestern University Law Review, among other publications.

Professor Morley’s articles have been cited by the United States Supreme Court, and he was an advisor of documentation for the successful Petitioner in a groundbreaking campaign finance case. Professor Morley has been cited in The Washington Post, Los Angeles Times, Roll Call, Politico, U.S. News & World Report, and a variety of other national publications.