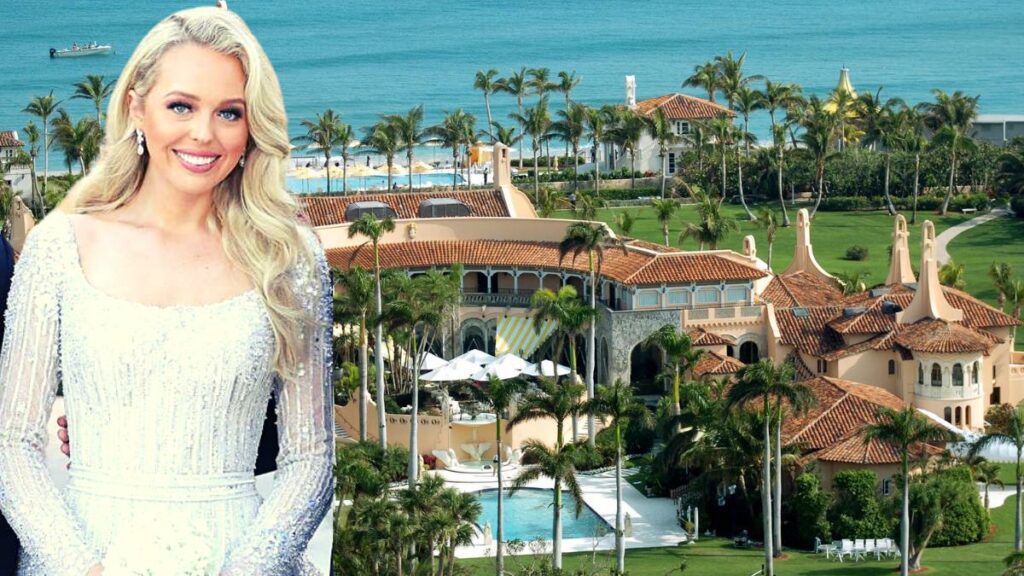 The fairytale outdoor event began at 5 p.m., with the glowing bride and father Donald Trump walking down the aisle towards an arch decorated with rhododendrons. Tiffany was dressed in a sparkling gown adorned with shiny beads, designed by Lebanese fashion designer Elie Saab to her wedding ceremony, according to a Trump spokesperson. Tiffany’s gown, according to reports, was inspired by her new husband, who is of Lebanese descent.

Former president Trump in a heartfelt toast to the couple, said, “Michael you better take care of her. No doubt, you are a special person and you are way beyond your years. I have seen him dealing with very big people. . . You are just two spectacular people and this was a beautiful day.”

Tiffany announced her engagement to Boulos in January 2021 in an Instagram post, writing, “It has been an honor to celebrate many milestones, historic occasions and create memories with my family here at the White House, none more special than my engagement to my amazing fiancé Michael!”

Tiffany and Michael shared their first dance after the wedding ceremony to a cover of Toploader’s “Dancing in the Moonlight.” Former president Donald Trump was seen dancing with his wife, Melania, later in the evening as he pecked her on the cheek while swaying to the beats of Frank Sinatra’s “Strangers in the Night.”

Tiffany’s sister, Ivanka, wore a floor-length blue gown to the wedding and shared some beautiful photos from the ceremony on her Instagram page, along with a lovely note that read, “When I was 12 years old my dream of having a baby sister came true! From the first moment I held Tiffany Trump in my arms and looked into those big, kind, curious blue eyes, I was smitten.”

“Tiffany radiates love, compassion and grace ~ attributes that she will bring into her marriage with Michael. I wish Tiffany and Michael an abundance of happiness and joy as they begin their lives together as husband and wife! May their love be a source of light in this world!” -read Ivanka’s note further.