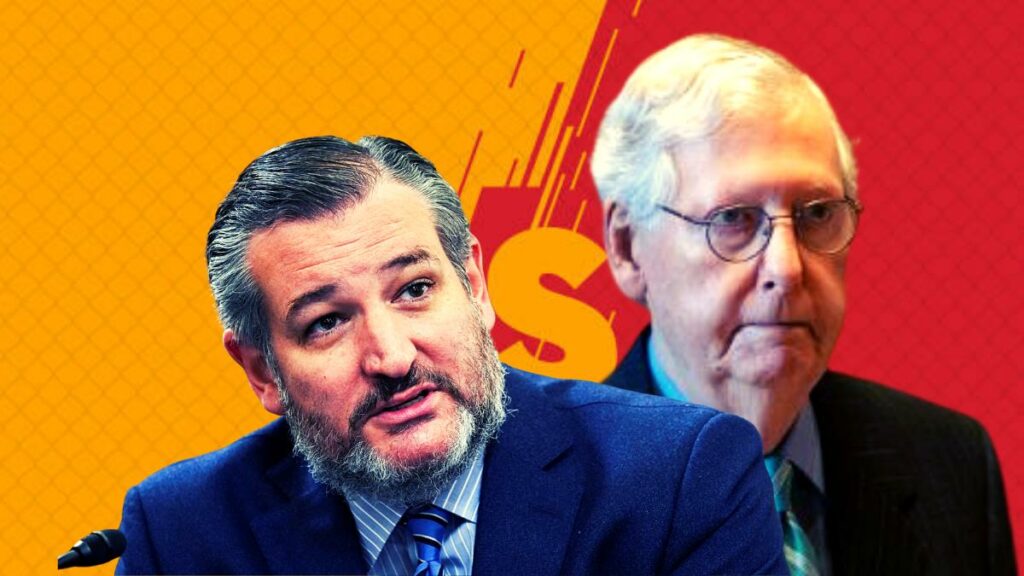 Cruz published an episode of his podcast, Verdict with Ted Cruz, in which he discussed the midterm elections and the Republican Party’s failure to retake the Senate with co-host Ben Ferguson. Cruz expressed his displeasure, saying McConnell’s decision to abandon Masters was “indefensible.”

“Well, Ben, let me start off by saying I am so pissed off, I cannot even see straight,” Cruz said.

“Abandoning Blake Masters was indefensible,” Cruz added on his podcast, “Verdict,” referring to the Senate Leadership Fund, a super PAC affiliated with McConnell, withdrawing from the Arizona Senate race.

When asked why the McConnell-allied group dropped out of the race, Cruz said it was because Masters vowed during the primary not to support McConnell for another term as minority leader. “Because Masters said he would vote against Mitch McConnell. And so Mitch would rather be leader than have a Republican majority. If there’s a Republican who can win who’s not going to support Mitch, the truth of the matter is he’d rather the Democrat win,” Cruz said.

During the Arizona primary, Masters stated that he would support either Sen. Josh Hawley (R-MO) or Sen. Tom Cotton (R-AR) to succeed McConnell as leader.

“I’ll tell Mitch this to his face,” Masters said during debate earlier this year. “He’s not bad at everything. He’s good at judges. He’s good at blocking Democrats. You know what he’s not good at? Legislating.”

Blake Masters was weakened after battling a tough Republican primary, which he nabbed with the financial support of his former boss, venture capitalist Peter Thiel, and then struggling to consolidate the party’s base as he stumbled on issues such as abortion. He attempted to link his Democratic opponent Mark Kelly to Biden and blame the two Democrats for inflation.

Mark Kelly defeated Masters in the midterm electTed Cruz slams Mitch McConnell for “abandoning” Blake Mastersions last week, and said he “looks forward” to talking to Blake Masters at some point. “He ran a good race, and ultimately voters made a decision,” Kelly said.