Ron DeSantis: Voters will “walk over glass” to vote for me 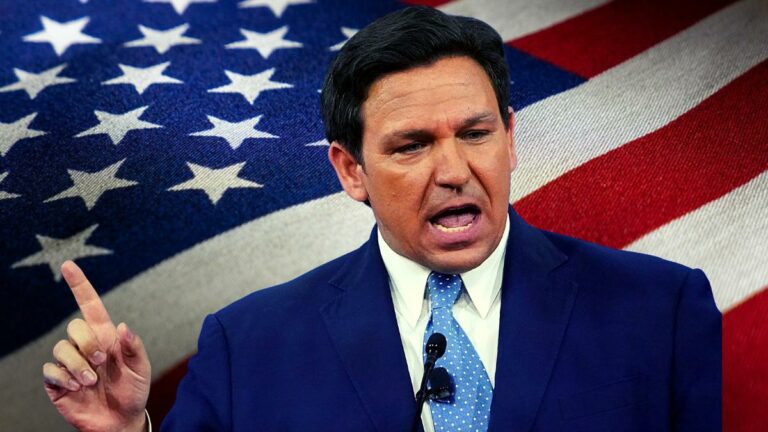 Florida Gov. Ron DeSantis, while addressing a group of Republicans, said that voters would be ready to “walk barefoot over broken glass” to vote for him. Ron DeSantis made the remarks during an appearance before the Republican Jewish Coalition’s leadership meeting in Las Vegas, after a landslide victory in the re-election.

“When you stand up for what’s right, when you show people you’re willing to fight for them, they will walk over broken glass barefoot to come vote for you, and that’s exactly what they did for me in record numbers,” the Republican governor remarked to heavy applause and a standing ovation from the crowd. “We’ve got a lot more to do, and I have only begun to fight.”

In what sounded like a practice run for a national campaign speech, Florida Governor Ron DeSantis presented himself and the Sunshine state as a model for the GOP and the country. “Florida really has a blueprint for success … we’re all about exercising leadership and delivering results for the people that we represent,” he said.

Further in his remarks, Ron DeSantis bragged about fighting vaccines in a war against an alleged “Faucian dystopia where people’s freedoms were curtailed and their livelihoods were destroyed.”

He also boasted that “the state of Florida is where ‘woke‘ goes to die,” as he laid out various programs restricting LGBTQ freedoms and sharply narrowing what is taught in schools.

Former President Donald Trump also spoke at the event on Saturday, highlighting his administration’s achievements for Israel and the Middle East, including the relocation of the US embassy to Jerusalem and the Abraham Accords. He repeated his claims that the 2020 presidential election was rigged and that Israel suffered greatly as a result.

“You better hope that a certain person wins the election in 2024,” said the former president.

Donald Trump and Ron DeSantis are vying for the Republican nomination in 2024. While Ron DeSantis has not officially declared his candidacy for President in 2024, the Florida Governor appears poised to challenge former President Donald Trump in the upcoming presidential elections.

On the other hand, former president Trump launched his 2024 campaign last week, vowing to “make America great and glorious again” in his speech. The campaign launch ceremony was attended by several right wing members, along with former first lady Melania Trump. The former president’s two eldest children, Ivanka Trump and Donald Trump Jr. were not present at the event.

A stormy feud has been brewing between the two Florida men and has erupted into public view since Republicans began looking more favorably at Ron DeSantis after several of the Trump-backed candidates’ poor performance in the midterm elections, which cost the party control of the Senate and narrowly delivered control of the House. In response to the former president’s name-calling and threats, DeSantis has only made veiled jabs.