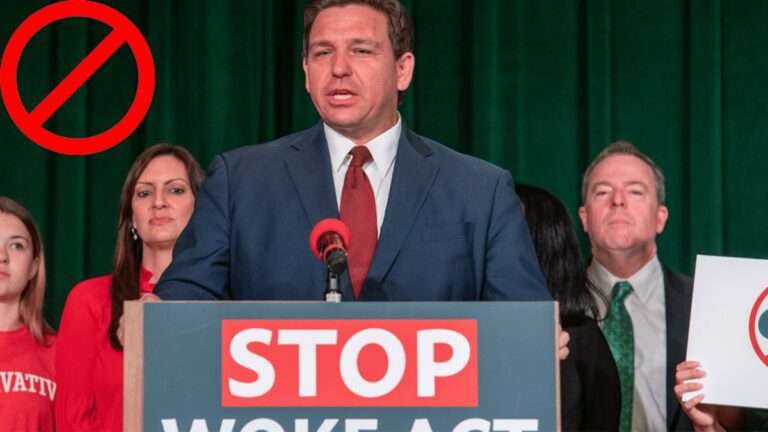 A Florida federal judge on Thursday blocked a key component of Florida Governor Ron DeSantis’ “Stop-WOKE” Act, preventing state officials from enforcing what he called a “positively dystopian” policy restricting how race and gender lessons can be taught in colleges and universities.

The law, that went into effect on July 1, is a key element of Florida Governor Ron DeSantis’ war against “woke ideology,” and was intended to prohibit teachings or mandatory workplace activities that suggest that a person is privileged or oppressed because of their race, color, gender, or national origin.

Two Florida-based employers who want to require their employees to attend diversity and inclusion training, as well as a consultant who provides such training, sought an injunction on the sections of the law dealing with corporate training.

According to Judge Walker, the law violates the First Amendment by allowing the state to restrict free speech. “Let Florida make its case if it truly believes we live in a post-racial society. However, it cannot win the argument by silencing its opponents. Because, without justification, the IFA attacks ideas rather than actions “He wrote something.

The judge also stated that the court would not grant a stay of the injunction while the state’s potential appeal is pending.

The law, which was directly inspired by DeSantis, expands Florida’s anti-discrimination laws to prohibit schools and businesses from assigning guilt or blame to students or employees based on race or sex, and it aims to teach students and workers about issues such as “white privilege” by creating new protections for students and workers, such as that a person should not be instructed to “feel guilt, anguish, or any other form of psychological distress” because of their race, color, sex or national origin.

“The law officially bans professors from expressing disfavored viewpoints in university classrooms while permitting unfettered expression of the opposite viewpoints,” wrote the judge. “Defendants argue that, under this Act, professors enjoy ‘academic freedom’ so long as they express only those viewpoints of which the State approves. This is positively dystopian.”

Judge Walker has previously suspended the enforcement of another part of the law that impacted companies with 15 employees or more, and dismissed it as a violation of free speech.

Chief US District Judge Mark Walker ruled in his opinion that the employer portion of the law violated free speech. He likened the law to Netflix’s smash science-fiction hit “Stranger Things.”

“In the popular television series Stranger Things, the ‘upside down’ describes a parallel dimension containing a distorted version of our world,” judge Walker wrote in his opinion. “Recently, Florida has seemed like a First Amendment upside down.”