Katie Hobbs lashes out at Kari Lake in interview 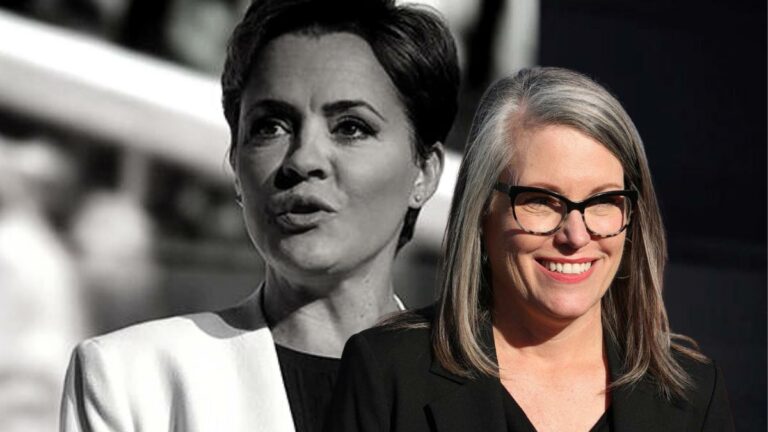 On Tuesday, Arizona Governor-elect Katie Hobbs slammed her Republican opponent Kari Lake, claiming that Lake casting doubt on their election is “leading to threats and violence.”

During an interview with CNN on Tuesday, co-host Don Lemon asked Hobbs about the fraud allegations leveled by the Republican Senate candidate and former President Donald Trump, and whether she had a “message” for them. Hobbs lashed out, saying that the “dangerous” rhetoric, but also insisted she is not “focused” on her Lake at the moment.

“This kind of political rhetoric, these false accusations, they need to stop because many people across the state of Arizona and across the country are being misled by these so-called political leaders,” Hobbs said in the Tuesday morning interview.” “And their rhetoric is dangerous and it’s leading to threats and violence, and it needs to stop,” she added.

Lake claimed in a video message sent out this week that her election was “botched,” citing numerous technical issues and calling Election Day the “most chaotic” in Arizona’s history.

Former president Donald Trump, who endorsed Lake, has also thrown out conspiracy theories about Arizona’s elections. He even called for a re-run of the election after another candidate he supported, Blake Masters, was defeated.

“This is a scam and voter fraud, no different than stuffing the ballot boxes,” wrote the former president in a post on Truth Social, and cited long wait times to vote and claiming voting machines were somehow not working for some voters as the reason. Protesters also gathered outside a Maricopa County tabulation center, with many declaring Lake the winner while ballots were still being counted.

Hobbs, the Democratic secretary of state in charge of her own election victory, stated “Arizonans and Americans sent a strong message to these election deniers that we’re ready to move on. But unfortunately, they are still ginning up these attacks on those responsible for our elections based on their false allegations, and they’re just basically being sore losers. We cannot tolerate it.”

Many people were surprised by Kari Lake‘s defeat because she appeared to be the Republican Party’s next big thing. Lake told reporters at a press conference just hours before the election on November 8 that she would be “your worst freaking nightmare for eight years, and will reform the media as well,” adding that she would “retrain you as journalists.” Donald Trump backed Lake, who vigorously backed his claims of election fraud.

Hobbs led Lake by a slim margin on election night and in the days following, surprising many who questioned the low-key Democrat’s strategy of refusing to debate her opponent.