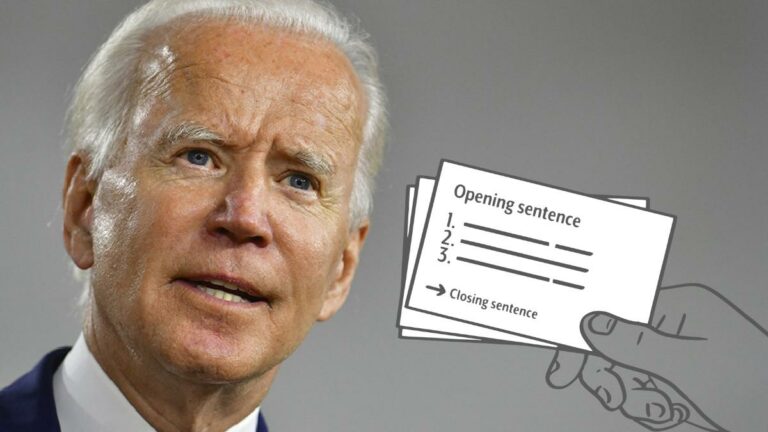 President Joe Biden was seen using a detailed “cheat sheet” yet again, in this instance, at the G20 summit in Bali. The sheet contained detailed descriptions instructing the President on simple proceedures like where to sit, when to deliver remarks, and when to pose for photos.

On Tuesday, the 79-year-old Democrat President was photographed leafing through pages of notes while he was attending a program on the Partnership for Global Infrastructure and Investment.

The sheet instructed President Biden on what to do during the meeting and addressed him as “YOU” in bold red letters.

“YOU, (Indonesian) President Widodo, and (Japanese) Prime Minister Kishida will take a photo directly before the event starts,” read one of the points in the sheet. The instructions also reminded Joe Biden that he will have to “close the event alongside YOUR co-hosts”.

The cheat sheet with the instructions reignited interest in Joe Biden’s health.

In a recent interview, President Biden said it’s “totally legitimate” for voters to get concerned over whether a person his age can serve a potential second term as President, but then urged people to decide for themselves if he’s physically and mentally fit for a second White House term.

“I think the best way to make the judgment is to watch me,” he said. “Am I slowing up? Am I going at the same pace?”

This is not the first time that the 79 year old Democrat president has been found with cue cards detailing his actions during public events.

President Joe Biden accidentally revealed a cue card at a White House meeting on Thursday in June, providing a glimpse of very simple meeting procedures. The cue cards contained a strategy for how he would behave during the event. According to the paper, he was told to “enter the Roosevelt Room and say hello to participants.”

The instructions’ simplicity — which included the words “YOU depart” at the end — sparked speculation among the President’s political opponents, including far-right former presidential advisor Steven Miller.

Miller, in reference to the card said in a Tweet, “There need to be emergency hearings next year on 25th amendment,” the amendment referring to the removal of a president who is incapacitated. There is no evidence that Biden is incapacitated.

President Biden’s appearance with such a list was also viewed as a serious gaffe by right-wing news outlets, with top figures at The Daily Caller, the Daily Wire, and satire site the Babylon Bee commenting on it.