Ivanka Trump steers away from politics to focus on family 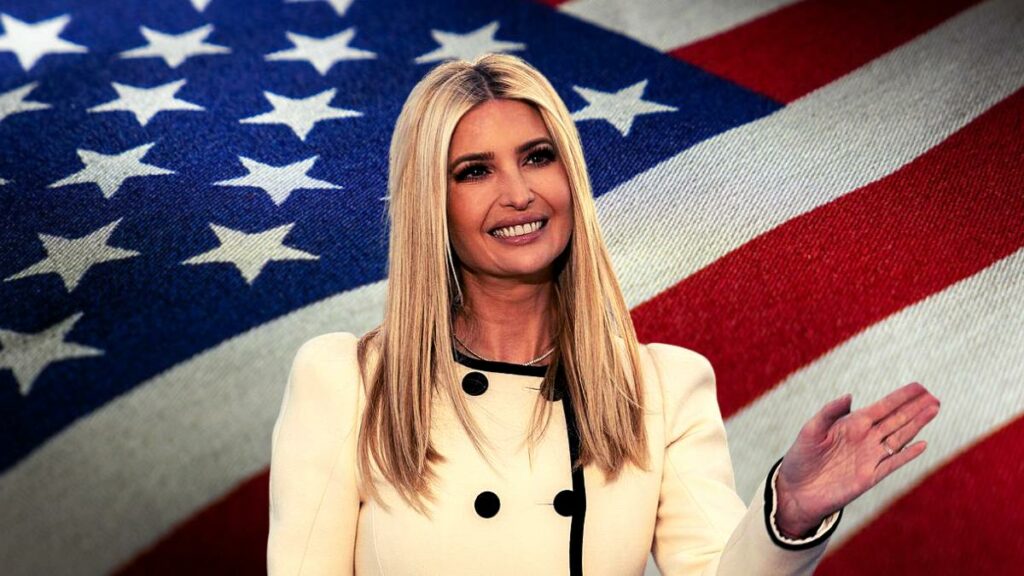 Ivanka Trump, who has previously served as a senior adviser to her father Donald Trump during his administration, has announced that she will be taking a break from politics.

Former President Donald Trump’s eldest daughter, Ivanka Trump, did not attend his speech Tuesday night at his Mar-a-Lago estate in Florida, where he announced his bid for the presidency in 2024. She later stated that she will not be participating in his third presidential campaign. Trump Jr. was also absent from the former President’s announcement ceremony at Mar-a-Lago. Jared Kushner and Kimberly Guilfoyle, on the other hand, came to show their support.

“I love my father very much. This time around, I am choosing to prioritize my young children and the private life we are creating as a family. I do not plan to be involved in politics,” she said in a statement during a recent interview.

“While I will always love and support my father, going forward I will do so outside the political arena,” she added. “I am grateful to have had the honor of serving the American people and I will always be proud of many of our Administration’s accomplishments.”

Ivanka Trump is still “extremely close” with her father, saying that it will never change, and that even though she has played a vast assortment of roles throughout her life, the role of the former president’s daughter is “one of the most elemental and consequential” to her.

Ivanka says she is currently enjoying her time with her family in Miami, and the “freedom and privacy with having returned to the private sector.” Ivanka and Kushner relocated to Miami after serving in the former Trump administration for four years in Washington, D.C. The former president’s eldest daughter said further in her statement that her kids are thriving, and she wants to “maintain this cadence — this rhythm — at this point in our family’s life,” as time is “fleeting and every parent will tell you it really does go by so quickly.”

During her time at the White House under the Trump administration, Ivanka advocated for policies that increased economic opportunities for working families, such as doubling the child tax credit, workforce development,  child care assistance, and paid family leave.

Ivanka also worked with lawmakers and made efforts to secure 12 weeks of paid family leave for federal employees. She also participated in COVID negotiations to ensure that small business employees received paid sick leave to take care of themselves or sick family members.

During the COVID-19 pandemic, Ivanka Trump worked closely with the Small Business Administration and the Department of the Treasury to help establish the Paycheck Protection Program. The former president’s daughter also collaborated with the USDA to introduce the “Farmers to Families Food Box” program, that provided over 170 million boxes of fresh food to families in need.

Ivanka has focused on the philanthropic sector since leaving government, specifically on supporting farmers in the United States, combating food insecurity, and assisting in various disaster relief efforts both at home and abroad. Ivanka assisted in supplying 1 million meals to Ukrainian families in need during the beginning of Russia’s war against Ukraine.

According to a friend of the former president’s daughter, Ivanka is quite proud of what she has achieved during her time at the White House, but has no “nostalgia for Washington,” thus her decision to stay out of her father’s 2024 campaign.