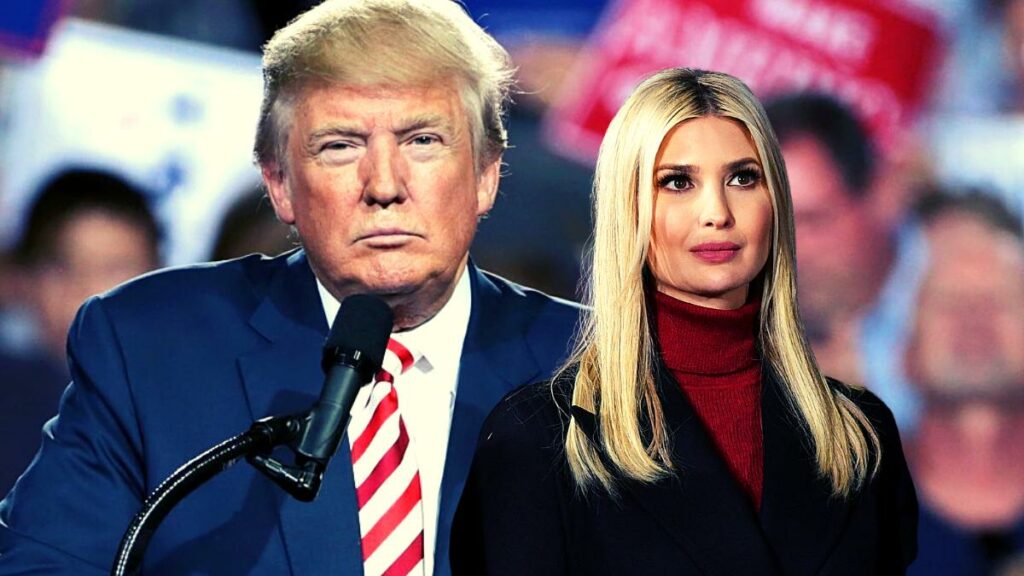 According to an insider, the 76-year-old former president spent part of his daughter Tiffany’s extravagant Mar-a-Lago wedding this past weekend trying to persuade his daughter Ivanka and and her husband Jared Kushner to join him on stage when he announces his third consecutive White House bid at the Palm Beach resort Tuesday night.

But so far, the former president hasn’t had any luck with it.

“Trump thought he could convince Ivanka this weekend to come back and campaign for him as she was the most requested speaker after the president himself last time around… but so far she’s resisting his entreaties and holding firm, as is Jared,” said the inside source, adding, “They both feel they got burned in Washington and don’t want to go back and expose themselves and their children to another bitter campaign.”

Ivanka and Jared’s reluctance has caused “extra behind-the-scenes tension,” according to the source, as the couple has consistently refused to be a part of the former president’s third White House bid.

Former president Donald Trump will be officially launching another White House bid on Tuesday, 15th November, defying calls from several people within his own party to do so after the US midterm election results. Former President Trump stated during a campaign rally for Ohio Senate candidate J.D. Vance that he would be making a “very big announcement” in the coming days, and Jason Miller, a former advisor to the former president, has confirmed that he will be announcing yet another White House bid.

“President Trump is going to announce on Tuesday that he’s running for president,” said Miller.

According to Jason Miller, the so-called “VIP guest list” for the former president’s upcoming announcement in the Mar-a-Lago ballroom has not yet been finalized, leaving

Besides Ivanka and Jared’s reluctance to join the Trump 2024 campaign, it seems that former first lady Melania Trump too, isn’t exactly delighted by the former president’s comeback plans.

According to CNN correspondent Kate Bennett, who has also authored the the 2019 book titled “Free, Melania: The Unauthorized Biography,” the former president’s wife did not like her press after this week’s midterm election results, especially the part where Donald Trump reportedly blamed her for pushing to support Mehmet Oz in the Senate race against John Fetterman in Pennsylvania.

According to Benett, appearing in a news story “is not something the ultra-private Melania Trump enjoys,” and former president Trump was soon asking her forgiveness on Truth Social “for what he called ‘made up’ stories about her involvement,” she wrote earlier this week for CNN, referring to the former president’s posts on the Truth Social media platform.

“She doesn’t like being in the news. She certainly doesn’t like her name being attached to the rants and ravings of her husband,” Bennett said. “Things are a little chilly” in that area now, she added.