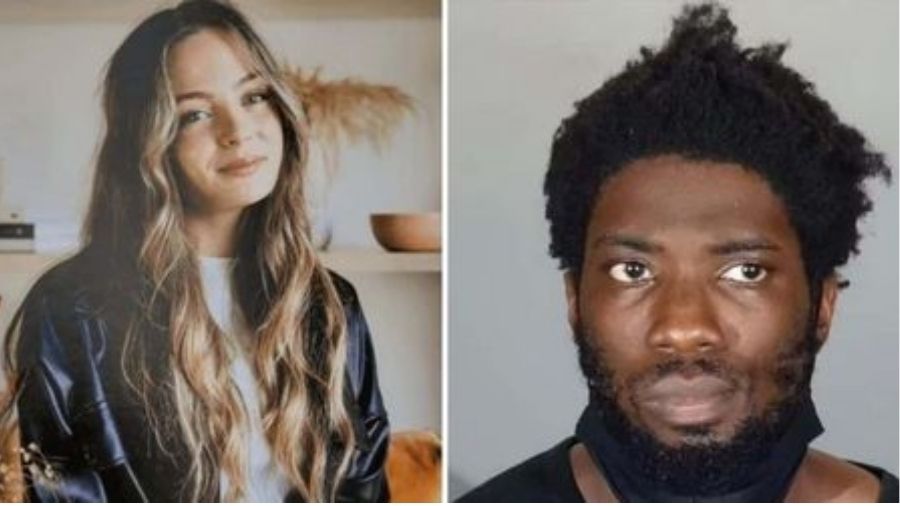 Officer proclaims the suspect is armed and dangerous. 31 years old smith has been identified as the prime suspect to be the murderer of a 24-year-old Brianna Kupfer. The incident occurred in the 300 block of North La Brea Avenue on January 13, 2022. If seen do not approach, call 911 stated by the Los Angeles Police Department Twitter account.

Police have released new images of the suspect in the Brianna Kupfer murder investigation.

Kupfer was a UCLA grad student who was stabbed to death earlier this week while working at her job at a furniture shop. Kupfer was the only employee at Croft House on La Brea Avenue when Mr Smith entered the store and jabbed her.

Police suspected the man on Tuesday night and published a statement stating that anyone who recognizes the suspect should not approach him and call 911 immediately.

The father of the victim, Todd Kupfer, told CBS Los Angeles: “I don’t see us healing anytime soon. I would love to tell you that there’s going to be a point we’re going to be better, but I feel like it’s going to be a big missing piece.”

Someone came into the store last Thursday afternoon and fatally stabbed her. Kupfer’s body was not found until a customer arrived later at the store.

“She texted a friend explaining there was somebody inside the store that gave her a bad vibe. Regrettably, that person sees the text immediately,” said Lt. John Radtke of LAPD. Around 15 minutes later, a customer discovered Kupfer stabbed to death.

The suspect in Kupfer’s homicide was discovered fleeing the store through the back door and running away into an alley, leading the way toward Oakwood and La Brea avenues. Police notified there is no presumed motive for the stabbing.

Authorities explain they need help to catch the suspect in the fatal stabbing. Anyone knowledgeable can call LAPD’s West Bureau Homicide investigators at (213) 382-9470.

Thanks to private donations, a $50,000 reward offered by the city for information leading to Smith’s arrest has risen to $250,000.

“We will find this vicious criminal, we will arrest him, and we will get him prosecuted to the fullest extent of the law,” L.A. City Councilman Paul Koretz said Tuesday after he introduced a motion at the city council meeting to create a $50,000 reward from the city.

Who Is Shawn Laval Smith?

“But we must fight for justice for her even though nothing will bring her back. Our goal and my purpose are that the perpetrator who took away Brianna from her beloved parents, colleagues, friends, and our community will be permanently locked away, constantly reminded of his horrible, ugly, and senseless murder of an innocent young woman who had endless potential,” Koretz added.

Mr Smith is said to have a lengthy rap sheet spanning the US from South Carolina to California.

Smith, 31, is described as 6 feet, 2 inches tall, and 190 pounds. He is believed to be homeless and has been seen in multiple cities across Southern California — including Pasadena, Santa Monica, West Hollywood, Covina, and San Diego — and up north in San Francisco.

Police added that Smith is highly likely to use public transportation, bus stops and train platforms.

Police released a video Tuesday from a 7-Eleven store, showing the alleged killer casually shopping 30 minutes after Kupfer’s death. He was also shopping at other stores before and after the killing, police said. His most recent arrest was for shoplifting, according to Fox News. He was also imprisoned in San Mateo for attacking a police officer.

Los Angeles County jail records indicated an October 2020 arrest on a misdemeanour charge. He was released on $1,000 bail in that lawsuit, the aftermath of which was not instantly clear.

He also reportedly faced multiple arrests in Cherokee, North Carolina, in 2015 and 2018. Before Mr Smith was named in connection with the Kupfer case, police said they believed the assailant was homeless.