First Texas Bus Drops off Illegal Immigrants Near US Capitol 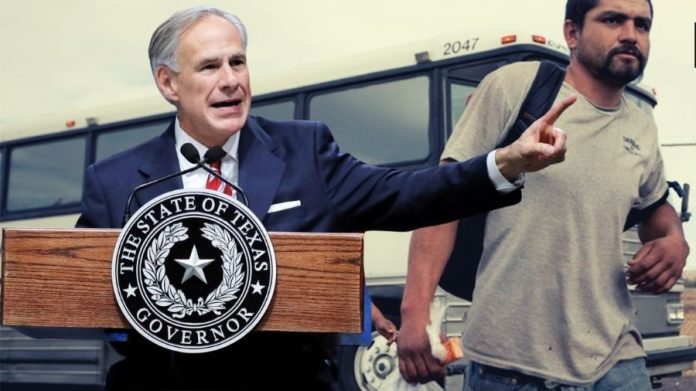 Abbott announced last week that he was directing the Texas Division of the Emergency Management (TDEM) to transport migrants released from federal custody in Texas to the nation’s capital and other locations outside the state.

The bus pulled up at approximately 8 a.m. local time, blocks away from the U.S. Capitol building. Fox News has learned that they came from the Del Rio sector in Texas, after coming to the U.S. from Colombia, Cuba, Nicaragua, and Venezuela.

Upon the bus’s arrival in Washington, D.C., individuals disembarked one by one except for family units who exited together. They checked in with officials and had the wristbands they were wearing, cut off before being told they could go.

According to TDEM, Abbott’s plan is already working. The agency told Fox News on Monday that many of the communities that originally reached out for support – from the Rio Grande Valley to Terrell County – say the federal government stopped dropping immigrants in their towns since Abbott’s announcement on April 6.

Some had questioned whether Abbott’s plan to bus migrants was genuine. The White House dismissed it as a “publicity stunt.” Even Texas state Rep. Matt Schaefer, a Republican, called it a “gimmick.”

The inspections triggered a Mexican trucker blockade that is on its third day, halting U.S.-bound shipments of everything from fruit to auto parts. Factory owners in northern Mexico said the disruption already has resulted in more than $100 million in losses and may force them to shut production lines.

Abbott is scheduled to meet with the governor of Mexico’s Nueve Leon state, Samuel Alejandro Garcia Sepulveda, at 2 p.m. local time to discuss the crisis at Laredo border crossings.

Migrants snap selfies after crossing into the US

TDEM said it dispatched buses over the weekend to border communities where it coordinated with officials to identify these immigrants. The agency added that each bus has the capacity and supplies necessary to carry up to 40 migrants released in Texas communities and transport them to Washington, D.C.

Still, the governor’s legal authority to transport busloads of migrants to the U.S. Capitol remains in question. The 2012 supreme court case, Arizona v. the United States, prevents states from making their own immigration policies.

Abbott insists that the federal government is failing to adequately address the situation. President Biden recently announced that he would be rescinding Title 42, which was used to expel migrants swiftly due to the COVID-19 pandemic.

“Texans demand and deserve an aggressive, comprehensive strategy to secure our border—not President Biden’s lacklustre leadership,” Abbott said in a statement. “As the federal government continues to roll back commonsense policies that once kept our communities safe, our local law enforcement has stepped up to protect Texans from dangerous criminals, deadly drugs, and illegal contraband flooding into the Lone Star State.”