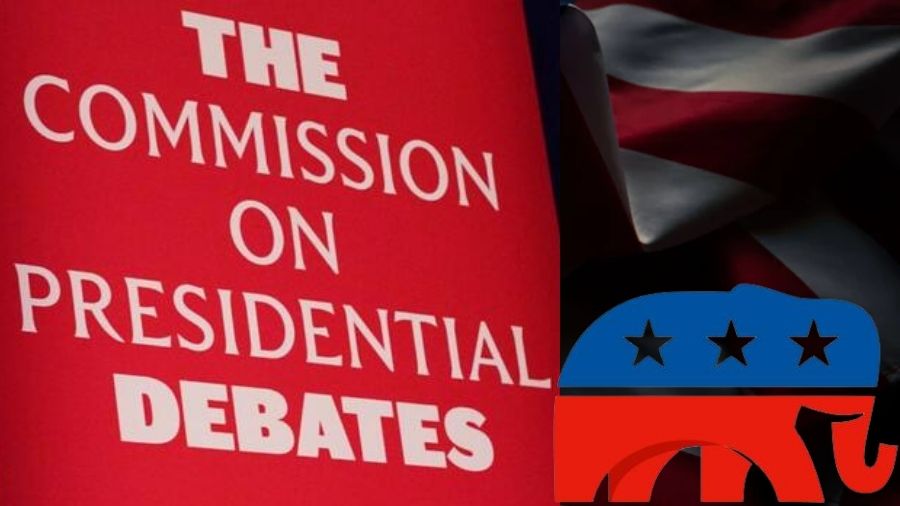 The Republican National Committee voted on Thursday to leave the Commission on Presidential Debates, defying a decades-long nonpartisan debate framework that has hosted the highly regarded presidential debates.

For critics of the GOP’s descent into authoritarianism, it’s yet another indicator that the party is becoming increasingly antagonistic to democratic principles and content to erode citizen confidence in the possibility of unbiased public institutions.

In order to address perceived anti-GOP bias, the RNC voted to bar GOP presidential candidates from participating in debates sanctioned by the Commission on Presidential Debates.

“RNC is committed to free and fair debates”

“Debates are an important part of the democratic process, and the RNC is committed to free and fair debates,” RNC Chairwoman Ronna McDaniel said in a statement. “The Commission on Presidential Debates is biased and has refused to enact simple and commonsense reforms to help ensure fair debates including hosting debates before voting begins and selecting moderators who have never worked for candidates on the debate stage.” McDaniels’ comment regarding the moderator is a reference to “would-be 2020 debate host Steve Scully of C-SPAN, who was an intern for Joe Biden for one month in 1978, when Biden was a senator from Delaware,” according to The Washington Post. (That debate was cancelled due to Covid concerns, which necessitated a virtual debate in which Donald Trump refused to participate.)

The Commission on Presidential Debates is not an apolitical, politically agnostic panel of judges — such an entity does not exist, because making claims about truth necessitates making value judgments. But it’s a bipartisan commission that’s been debating since 1988 and isn’t known for siding with one candidate over another. Keep in mind that Chris Wallace, a Fox News personality, hosted the first presidential debate in 2020. Leaving aside the merits of the committee’s decision, the claim that the commission was biased against the GOP rings false.

The Republican Party has not stated what kind of alternatives it will provide. The RNC wants to “sanction debates based on input from presidential campaigns and criteria that may include time, frequency, structure, media outlet, candidate qualifications, and the ‘best interest of the Republican Party,'” according to The Wall Street Journal. That second statement is concerning because it appears to imply that the GOP will only offer debate forums that benefit it in some way. This defeats the debate’s primary goal, which is to communicate one’s viewpoints and allow voters to choose which political vision they prefer.

It’s possible that Republican presidential nominees will go against their party’s wishes and join the Commission on Presidential Debates. It’s also possible that the RNC and the commission come to some sort of arrangement. It’s possible that the Democratic and Republican presidential candidates may personally negotiate debate terms and agree to take turns in ideologically friendly discussion sets throughout the course of a series of debates. Such an arrangement would be disastrous for democratic confidence since voters would once again be exposed to the concept that public institutions can’t be trusted unless they’re partisan. It’s also possible that they won’t take place at all, especially if Trump is re-nominated.

The RNC’s decision has created a bleak set of possibilities. Let us hope that this problem can be resolved in a reasonable manner.