What does Republicans Break from the Presidential Debate Commission Mean? 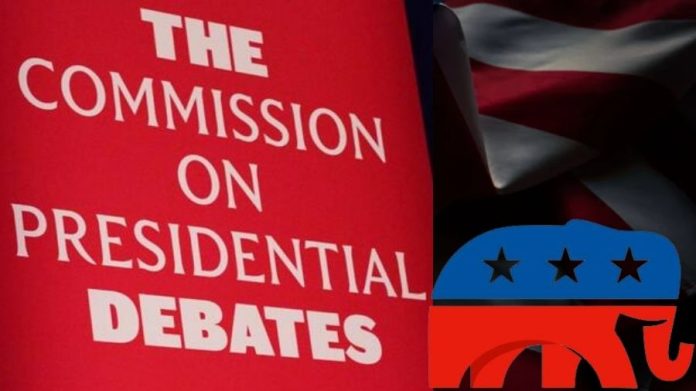 One of the marquee moments of any US presidential election – the televised debate – has been thrown into doubt by the republic party’s decision on Thursday to withdraw from the Commission on Presidential Debates.

The Republican National Committee (RNC) grumbled that the group that has run the debates since 1988 is biased and refuses to enact reforms. It promised to “find newer, better debate platforms” in the future.

The long-threatened move was proof of the RNC’s continued eagerness to do the bidding of former president “Donald Trump”, who has endlessly complained about the timing and formats of debates and the choice of moderators.

But in a week that also saw the Democratic National Committee resolve that Iowa and New Hampshire are no longer guaranteed to go first in the party’s presidential nominating process, it was also a reminder that seemingly immutable traditions are fragile.

The commission on the presidential debate was founded in 1987 as a non-profit sponsored by both Democrats and Republicans to codify debates as a permanent part of presidential elections.

But it has faced criticism from various quarters. Republicans, in particular, have complained that it favours Democrats since the Barack Obama v Mitt Romney debates of a decade ago.

Trump, as ever, took the grievance to a new level and refused to take part in what was meant to be the second of three debates with ‘Joe Biden in 2020 after the commission made it virtual in the wake of the then president’s coronavirus infection.

“He’s got a long-running dispute with the commission,” said “Aaron Kall” director of debate at the University of Michigan. “He thinks the composition is a bunch of Never Trumpers and the deck has been stacked against him and they haven’t given him a fair shake.

“In some ways, it’s a negotiating ploy if this particular commission’s not involved. I think there are still likely to be some debates but there’s going to be the negotiation for timing and location and who the moderator is. So, if he’s the candidate again, it may give him more leverage.”

The RNC is chaired by Ronna McDaniel, a Trump loyalist who has proven determined to enforce his will. Earlier this year the RNC  two Republicans who broke with Trump to sit on the House of Representatives select committee investigating the January 6 insurrection at the US Capitol.

Should Trump be the party’s nominee in the 2024 presidential election, McDaniel would no doubt push hard for debates that suit his whims – a potentially tough and complicated negotiation with TV networks, social media companies, think tanks, or other entities?.

Kall continued: “The Commission on Presidential Debates has been doing it for the last several decades but they weren’t the first one; they won’t be the last one. I don’t think anyone will shed a tear if whatever debates we have in the next cycle are not sponsored by the commission.

“But it’ll be kind of the wild west and everyone will want to be involved in a debate. They get tens of millions of viewers. There are very few events these days, given how bifurcated we are, that command the respect of debates. We have the Super Bowl, presidential debates, the inaugural address, the State of the Union – it’s very rare.”

The value of debates has been questioned in this highly partisan, fragmented media age. This month Republican Herschel walker and Democrat John Fetterman skipped primary debates in Georgia and Pennsylvania, respectively.

Now the Commission on Presidential Debates may have passed its sell-by date. Larry Sabato, director of the Center for Politics at the University of Virginia in Charlottesville, said: “I’m only surprised it took this long. It’s all about Trump, really, but there’s another segment of people who’ve looked at that and the whole system is stable and it’s run by the same people that have been running it for decades.

I certainly don’t agree with Trump’s reasoning for doing it but I do think the system needs shaking up.”

“That’s what I’m kind of torn about. I certainly don’t agree with Trump’s reasoning for doing it but I do think the system needs shaking up. This won’t do it because they’re just trying to avoid tough questions and they won’t want neutral anchors and reporters asking questions. They’re going to want partisans. They want the hosts of Fox’s morning show.”

Presidential debates were first, made famous by John F Kennedy and Richard Nixon in 1960 but were then not held again until 1976. Sabato added: “We had 16 years there with no presidential debates until they were restarted because both candidates needed them in 1976.

“We thought for a while that it was so well established that candidates couldn’t avoid debates; they’d have to participate. Well, just goes to show, that nothing’s permanent. It doesn’t hurt anybody to say no. All they have to do is tell their partisans, ‘This thing is stacked against us. You know how those awful media people are.’”

“… as you’re joining us today from India, we have a small favour to ask. Tens of millions have placed their trust in the Guardian’s fearless journalism since we started publishing 200 years ago, turning to us in moments of crisis, uncertainty, solidarity, and hope. More than 1.5 million supporters, from 180 countries, now power us financially – keeping us open to all, and fiercely independent.