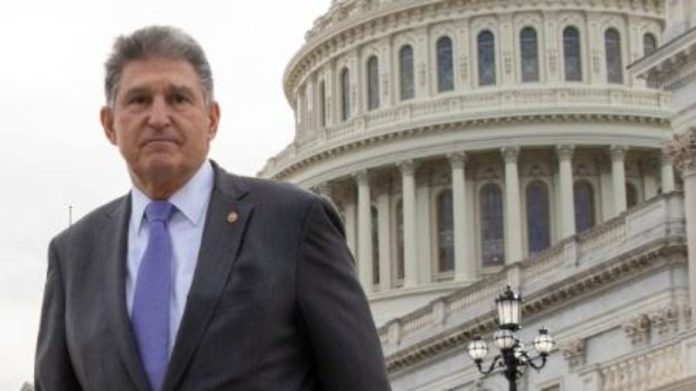 Sen. Joe Manchin, a Democrat from West Virginia, showed up in a Republican primary advertisement defending David McKinley, a Republican representative of West Virginia, against allegations that he supported President Joe Biden’s Build Back Better agenda.

West Virginians know David McKinley is all about us”-defends Manchin

Mooney accused McKinley of assisting in the preparations for Build Back Better in November 2021. He pointed out that Biden’s “non-infrastructure” package would not have passed the House without the 13 Republican votes in favour of it. (Many detractors claimed that traditional infrastructure accounted for only a small portion of the bill.) While Mooney did not mention McKinley specifically in his video, he argued that Republicans who supported the infrastructure package “have now paved the way for Democrats to pass President Biden’s socialist Build Back Better plan.”

McKinley, on the other hand, did not vote for the Build Back Better bill, which Manchin effectively blocked late last year.

Last month, Manchin indicated that he would be willing to support a different version of Build Back Better if it was narrowly focused on combating climate change, lowering prescription drug prices, and reducing the deficit.

“I have always said, if I can’t go home and explain it, I can’t vote for it, and that’s why I opposed Build Back Better,” -Machin said in the advertisement. “For Alex Mooney and his out-of-state supporters to suggest David McKinley supported Build Back Better is an outright lie. David McKinley has always opposed reckless spending because it doesn’t make sense for West Virginia.” -he further stated.

“Alex Mooney has proven he’s all about Alex Mooney,” Manchin concluded. “But West Virginians know David McKinley is all about us”.

Machin endorsed McKinley is up against Trump-endorsed Alex Mooney

Former President Trump, Reps. Lauren Boebert, R-Colo., and Ronny Jackson, R-Texas, as well as the Club for Growth, FreedomWorks, and the American Conservative Union, have all endorsed Mooney in the race. On the other hand, Sen. Joe Machin along with Former Secretary of State Mike Pompeo, Republican West Virginia Gov. Jim Justice, Andrew Yang, and the West Virginia Chamber of Commerce, have extended their support, all endorsing McKinley.

Facebook
Twitter
Pinterest
WhatsApp
Previous articleTrevor Noah gets ripped by DeSantis for ‘lying’ about his attendance at the correspondents’ dinner
Next articlePrimaries are held in 13 states in May, beginning the campaign season