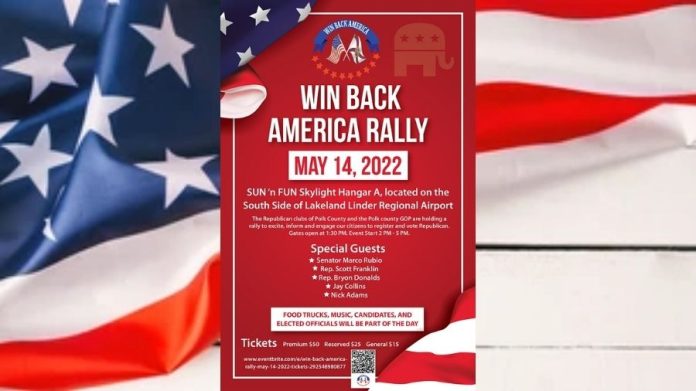 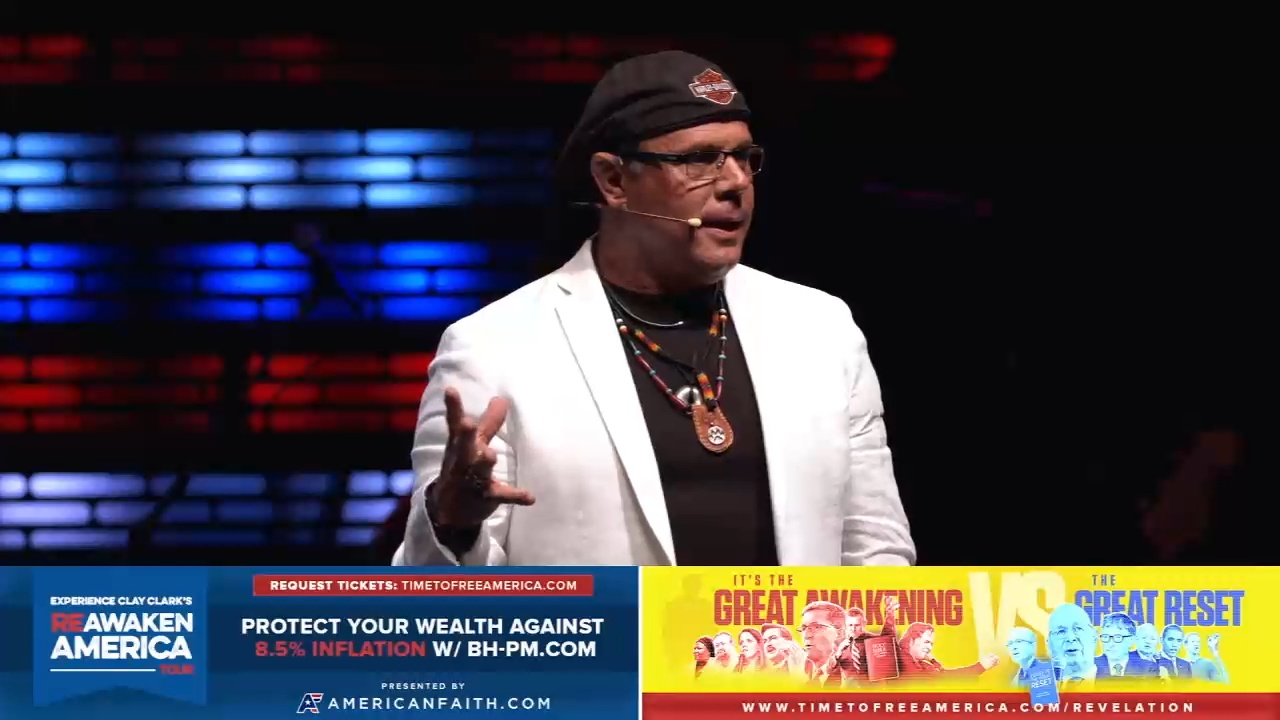 Polk County Republican Clubs and the Polk County GOP will hold a Win Back America Rally on May 14, 2022, to encourage Americans to vote Republican.

“Polk is the most important Red County in Florida.” “We must band together to preserve Polk County and Florida RED!” declares the official website.

According to the website, “Food Trucks, Music, Candidates, and Elected Officials will all be a part of the day!”

From the comfort of your own home, you may watch the rally live. The event will be streamed live right here on The Conservative Nut.

Among the event’s noteworthy guests are:

In April 2015, instead of running for reelection to the Senate, he decided to run for President.

He ended his presidential campaign on March 15, 2016, after losing the Florida Republican primary to Donald Trump, the eventual election winner.

Rubio married Jeanette Dousdebes, a former bank teller and Miami Dolphins cheerleader, in a Catholic wedding at the Church of the Little Flower in 1998.

They have four children and reside in West Miami, Florida.

Clifford Scott Franklin is an American politician and businessman who serves in the 15th congressional district of Florida. Franklin was elected as a Lakeland city commissioner representing the Southeast district in 2017.

Franklin was forced to resign from the city commission due to his congressional candidacy. He chose to resign on January 3, 2021, the day he was sworn in as a member of Congress.

He won the primary and was then nominated for the general election by his party. He defeated Democratic candidate Alan Cohn to win the seat.

Bryon Donalds was the Republican state representative for Florida’s 80th district, which included parts of Hendry and Collier counties, from 2016 until 2020.

Before entering politics, Donalds worked in the finance, insurance, and banking sectors. He worked at TIB Bank, CMG Life Services, and Moran Wealth in Naples, Florida.

In late 2020, Donalds was named as a member of the “Freedom Force,” a group of new House Republicans who “vow to oppose socialism in America.” In January 2021, he voted against the certification of electors from Arizona and Pennsylvania in the 2020 presidential election.

Jay Collins and Nick Adams are the other confirmed event speakers.