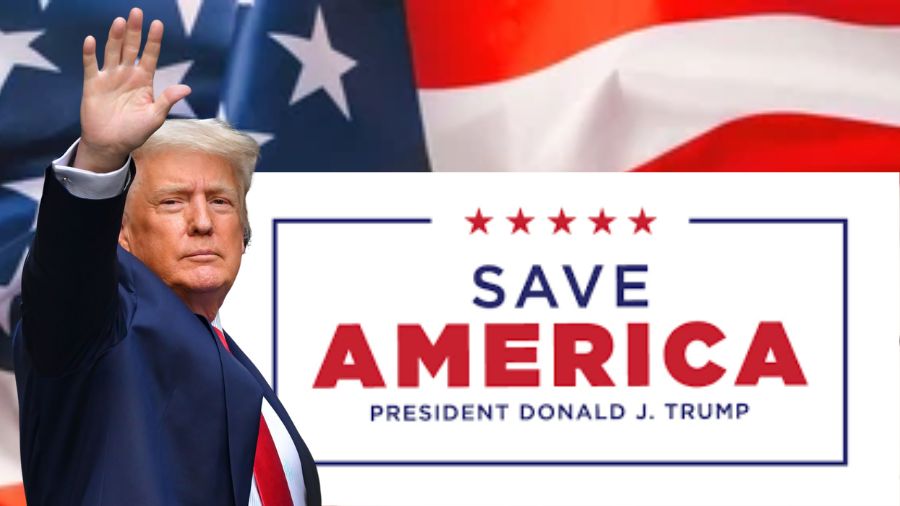 The rally is scheduled to be held on May 28, 2022. The official announcement by the ex-president reads, “President Donald J. Trump, 45th President of the United States of America, delivers remarks in support of Endorsed Candidate Harriet Hageman for U.S. Representative from Wyoming.”

Hageman is running for Congress in Wyoming against incumbent Rep. Liz Cheney. In February, the Republican National Committee (RNC) overwhelmingly voted to formally censure Cheney for her participation in the Jan. 6 committee. The censure of Cheney was described by Trump as “a good and very appropriate thing to do as it pertains to our great Republican Party!”

Trump endorsed Hageman ahead of the Wyoming GOP primary, saying, “Harriet has my Complete and Total Endorsement in replacing the Democrats’ number one provider of sound bites, Liz Cheney.” Trump’s Save America rally in Wyoming should give Hageman a boost in his race against Cheney.

This is the latest rally announced in a series of similar events that are being organised in an attempt to solidify the Republican party’s political position in key battleground states for the upcoming elections later this year, which will ultimately affect the outcome of the 2024 presidential elections. The former president has so far visited several states including North Carolina, South Carolina, Georgia, Texas, Arizona, Ohio, Nebraska and Michigan, to support his endorsed candidates and help bolster their campaigns for the upcoming elections.

Former President Donald Trump’s Save America rally in Casper, scheduled later this month, will be live-streamed on a number of platforms. For those who will not be able to attend the rally in person, the full event will also be live-streamed right here on The Conservative Nut. Stay tuned for more updates!

Former President Donald Trump will be holding his rally at the Ford Wyoming Centre in Casper on the 28th of May. The Centre, which was formerly called the Casper Events Centre, is a 28,000-square-foot multi-purpose facility perched high on a hill overlooking Casper, Casper Mountain, and the scenic Platte River Valley. The venue opened on April 17, 1982, and was entirely funded by the City’s portion of a 1% optional sales tax. The arena’s seating bowl is shaped like a horseshoe and holds 8,000 people.

Parking for the rally is available on-site. The Wyoming Ford Centre has a total of 14 parking lots, which can accommodate more than 3000 vehicles. The parking fee is included with the ticket.

The rally will be starting at 11:00 a.m. MDT, according to President Trump’s website. At 1:00 p.m., special guests and program speakers will give remarks. Finally, around 4:00 p.m., the 45th president will deliver his speech. Parking for the rally will open before the rally starts.

Book your tickets for Donald Trump’s Save America rally in Casper, Wyoming

Tickets for Donald Trump’s upcoming Save America rally in Casper, Wyoming are available at the official Save America website.  You can get up to two tickets from a single registered mobile number.

Tickets will be distributed on a first come first serve basis and are paid for by the Save America organisation. Make sure to provide an active phone number since you won’t be registered for the event unless you are verified by phone.

Here’s how you can get tickets for the event: