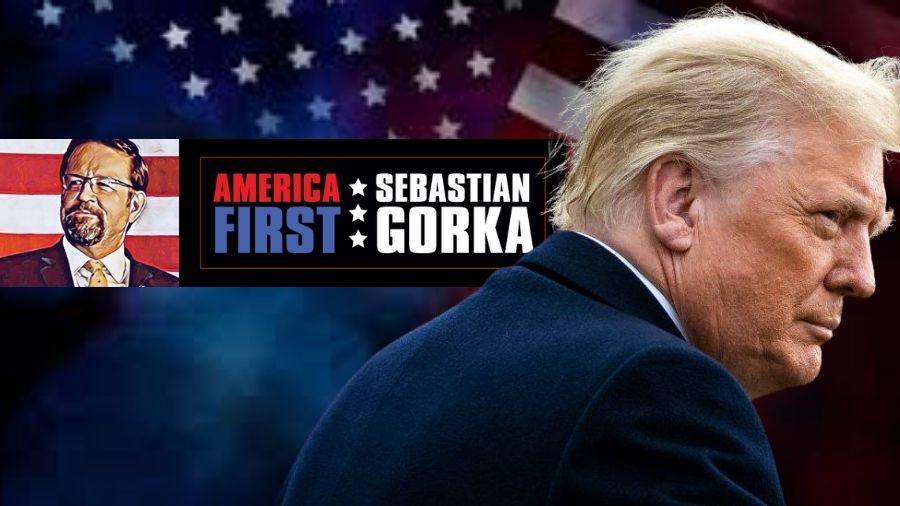 What’s the interview about?

Sebastian Gorka started the interview by talking about his past with former President Donald Trump in the White House. Gorka recollected his first day in the White House when he earned his badge and met the then president for the first time, he further goes on to say that he served Trump with great pleasure and reached a position in the White House that most immigrants would not dream of imagining even in their wildest dreams.

Gorka and Trump spoke about Trump’s recent interview in which the host tells Trump that his supporters want to forget and move on from what happened in 2020 but Trump and his close associates know the truth about the 2020 presidential elections. Trump and all the people on the guestlist sat through the 90 minutes documentary of Dinesh D’Souza’s 2000 mules and watched a cinematic encapsulation of the large scale election fraud that took place. “You saw an election stolen from you and 74 million voters at least,” said Gorka to Trump.

Trump replied to this by saying that the 2020 presidential election was the most corrupt election. Trump further goes on to say that the 2000 Mules documentary is awesome but it is D’Souza’s personal interpretation of what exactly transpired and how things played out.  Trump talks about how he was the president who had gotten more votes than any president in the history of America. Trump says that in the 2020 election he got at least 10 million votes more than in the 2016 elections so there was no way he wouldn’t have won unless the elections were rigged. He says that America should learn from history and make sure that the mistakes made are not repeated again.

Trump and Gorka even talk about the candidates that Trump has endorsed. Gorka talks about Hershel Walker and Dr Oz Mehmat and says that his endorsed candidates’ ratio is 96 for 5. Gorka calls the Trump-endorsed candidates “the new MAGA breed of outsiders who are going to clean the swamp with you when you come back.” Trump talks about his endorsed candidates and that most of them are doing well. Trump says that akin to France, America should also have paper ballots and same-day voting to completely divest the possibility of any election malpractices. They even talk about how Trump’s election campaign in 2024 is going.

Trump speaks about his presidency and even talks about the people he would want by his side when he comes back into the White House for a second presidential term. The pair even talk about the Texas school shootings and discussed measures to protect the children of the schools. Trump and Gorka further go on to discuss the protection of the second amendment.

Sebastian Lukács Gorka born on 22nd October 1970 is a  British-born Hungarian-American media personality, military and intelligence analyst, and former government official. Gorka served in the administration of U.S. President Donald Trump as a Deputy Assistant to the President from January 2017 until August 25, 2017. Gorka became a naturalised British citizen on February 25, 1963, after his parents fled to Britain after the failed anti-soviet 1956 uprising. Gorka worked in the Hungarian Ministry of Defense during the prime ministership of József Antall. Gorka received a lower second-class Honours Bachelor of Arts Degree in philosophy and theology from Heythrop College, University of London.

In 1997, Gorka earned a master’s degree in international relations and diplomacy at the Budapest University of Economic Sciences and Public Administration, now known as the Corvinus University. Gorka also served as an advisor to Viktor Orbán in 1998. In 2007, Gorka entered the political science doctoral program at the Corvinus University of Budapest from where he later obtained his PhD degree. Gorka later went on to become a naturalized citizen of America. In 2017, Gorka was appointed Deputy Assistant to the President and Strategist in the Trump White House. He also worked as a Fox News contributor from 2017 to 2019. On January 1, 2019, he began hosting America First with Sebastian Gorka. He was a member of a White House team known as the Strategic Initiatives Group.

About America First with Sebastian Gorka

Dr Sebastian Gorka was named as the newest Talk Show Host on the Salem Radio Network Platform, on November 8th with his show America First. “America First” was created by Dr Sebastian Gorka (“Dr G”), former Special Advisor to the President of the United States and Fox News National Security Strategist to be the new front lines in the ongoing Culture War against the Left.

In each episode, Dr G will inform you about the Leftist assault on our traditional values and he will define how we win against them. Every episode features a retinue of amazing guests who augment the basic message that we must put our country first and we must be willing to fight for the values that made this country great. America First has completed about 100 episodes. Recently America First with Sebastian Gorka had the former president of America (Donald Trump) and Gorka’s former boss on their show.