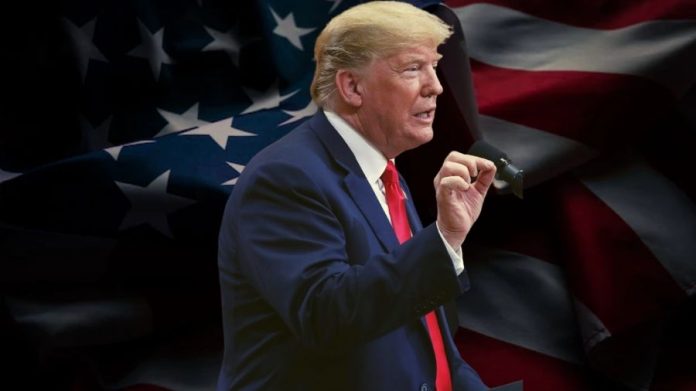 According to a video, former President Donald Trump used the racially motivated Buffalo mass shooting to make a false claim about the lack of deaths in Afghanistan during his presidency. On Saturday, the former president spoke in Austin, Texas, shortly after an 18-year-old opened fire on customers and employees at a supermarket in Buffalo, New York, killing ten people.

“In 18 months in Afghanistan, we lost nobody”

He continued in an apparent non sequitur, saying “In 18 months in Afghanistan, we lost nobody,” and then went on to talk about the negotiations made with a Taliban co-founder, Abdul Ghani Baradar.

According to a video obtained by Reuters, people panicked and attempted to flee the Grand Central Market in downtown Los Angeles while an 18-year-old opened fire on Saturday. The video also shows officers providing first aid to a man who has been shot. Grand Central Market stated on Instagram that the incident did not occur within the food hall and was an “isolated incident between two people.” “We are devastated that something has happened so close to our door,” the market stated.

The former President’s claim that no one died in Afghanistan during his presidency is apparently misleading. It’s unclear what 18-month period Trump was referring to. Insider requested clarification from Trump’s post-presidency office but received no response. He could have been referring to social media claims, as reported by USA TODAY, in which Trump supporters claimed there were no US military deaths between February 2020 and August 2021. These claims are false, according to a USA TODAY fact check. According to the Pentagon’s casualty tracking system, four US deaths were recorded in Afghanistan during that time period, though none were in combat situations, according to USA Today. Eight of those months occurred during President Joe Biden’s tenure.

If Trump was referring to the last 18 months of his presidency, from July 2019 to January 2021, this is also false. In Afghanistan, 11 military deaths were reported in 2020. During Trump’s final 18 months in office, 22 US service members were reported killed in Afghanistan.

Trump touted himself as the “KIng of MAGA”

On Saturday night, Donald Trump charged up a crowd of supporters in Texas with a wide-ranging speech that included anecdotes from his time in the White House as well as well-known rants about the media and his Democratic opponents.

He proclaimed himself the “King of MAGA” during the all-day conservative American Freedom Tour in Austin, which was led by a slew of prominent Trump supporters, including his eldest child, Donald Trump Jr. Referring to himself and his base in Austin on Saturday, Trump told them: ‘Together we were “ultra MAGA.” They gave us that name the other day. Biden did. You know, we’re the ultra MAGA. The ultra MAGA. I said, “Boy, that sounds good.” So he said that I’m ultra-Make America Great Again. That’s good, I like that better. I think let’s change the name – we’ll use ultra,’ he said. ‘Then they call me “The great king of MAGA.”‘ Trump added, ‘That’s a good thing, isn’t it?’

Trump also recounted a story about arriving in Iraq under cover of darkness, the former president referred to Air Force One’s pilots as “better looking than Tom Cruise,” a reference to the actor’s character in the film Top Gun. He also asked the audience if he deserved the Congressional Medal of Honour for being “so brave” during the landing. 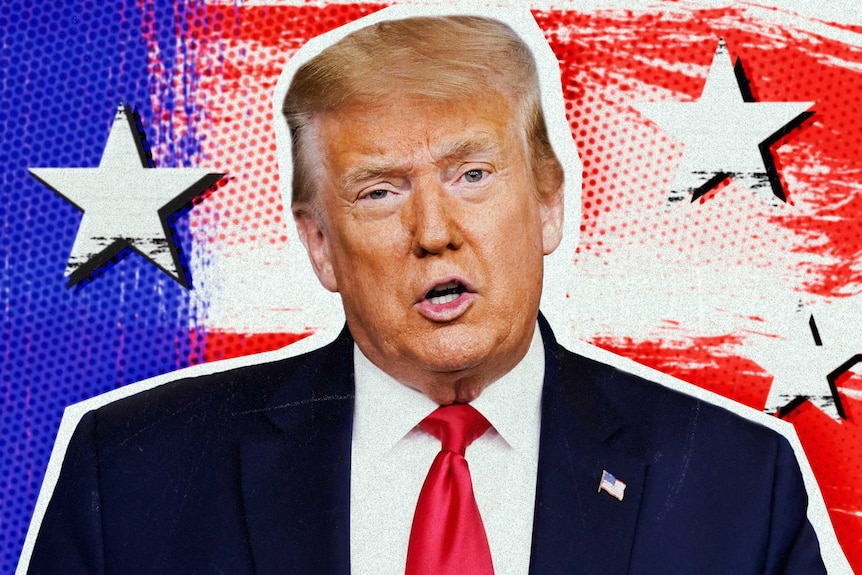 “We landed in Air Force One, the windows were all dark. The pilots are great – you know they say the greatest pilots are the ones that fly Air Force One and all of the different things having to do with presidential including the helicopters,’’ -Trump said. “They said, “Sir, you’re going to have to close your windows now and all lights are going off on Air Force One.” I said, “Wow, why? We just spent $2 trillion in this area, we have to turn our lights off when we go in?” What the hell kind of a job did we do?’’ He continued, ‘’I never saw anything like it, this thing. They had it closed, they had every light off, you couldn’t see anything but I went up with the pilots. These pilots – better looking than Tom Cruise.’’