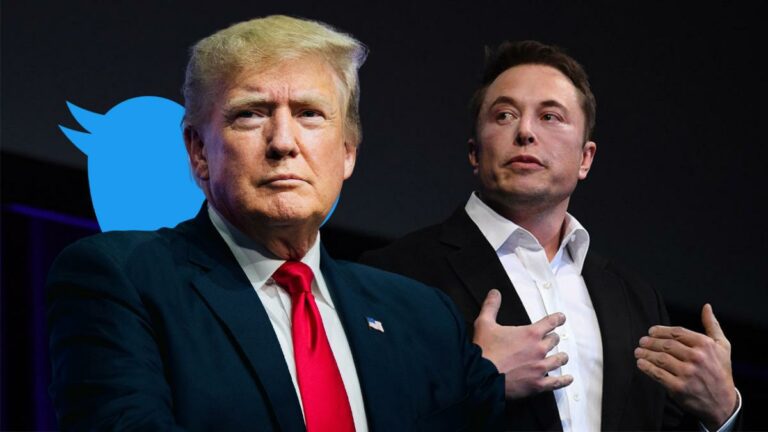 Tesla CEO Elon Musk, who acquired major social media platform Twitter earlier this year, has lifted the ban on former President Donald Trump’s account, which had been suspended for 22 months after a pro-Trump mob attacked the United States Capitol on Jan. 6, 2021, as Congress was about to certify President Biden’s election victory.

Musk made the announcement following a poll in which Twitter users were asked to vote “yes” or “no” on whether former president Trump’s account should be reinstated. The “yes” vote received 51.8% of the vote. “The people have spoken. Trump will be reinstated. Vox Populi, Vox Dei,”  Musk wrote on Twitter, referring to a Latin phrase that translates to “the voice of the people, the voice of God.”

Republicans are celebrating the reinstatement of the former president’s Twitter account, despite Donald Trump’s rejection of the social media platform. Troy Nehls, a US representative from Texas, shared the news on Twitter, writing, “2023 is going to be great. 2024 will be better.”

Former president Trump still has over 87 million followers, and the decision to reinstate the ex-President may benefit Twitter’s user base greatly. The company, which is having difficulty retaining advertisers, may hope to attract new partners if its daily active users increase.

Many of former president Trump’s Twitter followers may return if he resumes using his old account. Twitter has also reinstated banned accounts such as Ye (@kanyewest) and comedian Kathy Griffin.

Former US President Donald Trump is reportedly unwilling to return to Twitter, despite the fact that his old account is now active. When asked about Elon Musk‘s public poll, the former president said that there is “no reason” for him to rejoin Twitter because he enjoys his own social network.

“I hear we’re getting a big vote to also go back on Twitter. I don’t see it because I don’t see any reason for it,” said former president Trump. “It may make it, it may not make it,” he stated further, referring to the internal upheavals recently faced by the company.

Twitter was central to Donald Trump’s presidency throughout his tenure, which greatly benefited Twitter in the form of countless hours of user engagement. The company frequently took a light-handed approach to moderating his account back then, arguing that as a public official, the then-president should be allowed to express himself freely.

Meanwhile, Elon Musk’s attempts to redesign the site have been quick but chaotic. He has fired many of the company’s 7,500 full-time employees as well as an unknown number of contractors in charge of content moderation and other critical responsibilities. His demand that remaining employees commit to “extremely hardcore” work prompted a flood of resignations, including hundreds of software engineers.

As a result of the mass layoffs and worker exodus, users have reported increased spam and scams on their feeds and in their direct messages, among several other glitches. Some programmers who were fired or resigned this week warned that Twitter could soon become so frayed that it would crash.

Musk also launched an updated subscription service that allows users to pay for verification checkmarks, a previously reserved indicator for authenticated public figures that was quickly abused and used to impersonate prominent people, businesses, and government agencies. Twitter has suspended the service, with plans to resume it later this month.