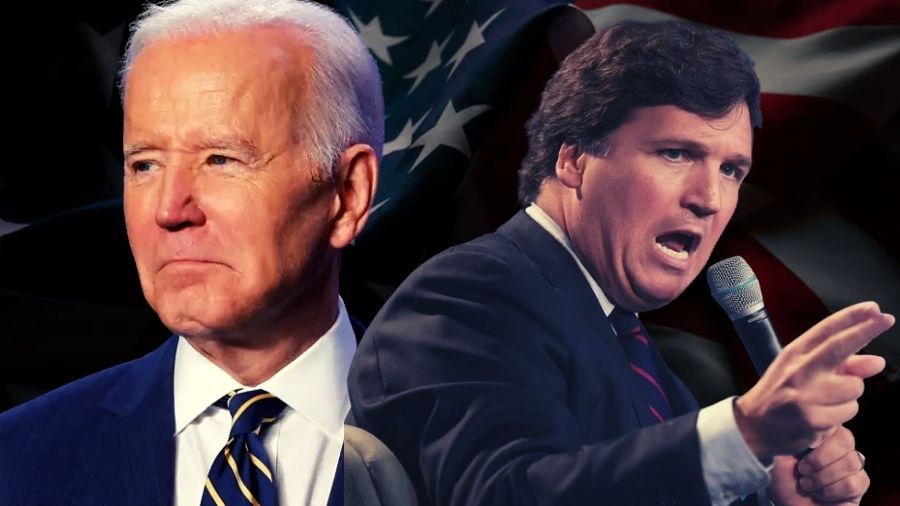 Following US President Joe Biden’s speech addressing the horrific massacre of around 20 people at a school shooting in Texas, Fox News host Tucker Carlson slammed the president for “desecrating the memory of recently murdered children.”

On Tuesday, an 18-year-old gunman, Salvador Ramos, opened fire on students and staff at Robb Elementary School in Uvalde, Texas, killing 19 students and two teachers. He shot his grandmother before proceeding to the school. President Biden addressed the nation the same night.

In his speech on Tuesday night, President Biden attacked the gun lobby and advocated for “common-sense gun laws.” He said, “As a nation, we have to ask when in God’s name we’re gonna stand up to the gun lobby. When in God’s name, when we all know in our gut what needs to be done.”

Shortly after the President concluded his speech, Tucker Carlson accused Biden of “desecrating the memory” of the deceased children by continuing to rant about the same talking points for the past 35 years and calling him “unfit” to lead the country.

“President of the United States. Frail, confused, bitterly partisan, desecrating the lives of recently murdered children with tired talking points of the Democratic Party,” Carlson said, adding, “Dividing the country in a moment of deep pain rather than uniting. His voice rising, amplified only as he repeats the talking points he repeated for only 35 years in the United States Senate. Partisan politics being the only thing that animates him. Unfit for leadership of this country.”

Addressing the nation in his speech on Tuesday, President Biden targeted the gun shop where the gun to the 18-year-old shooter saying, “what in God’s name do you need an assault weapon for except to kill someone?”

“It’s just sick. The gun manufacturers have spent two decades aggressively market assault weapons which make them the most and largest profit. For God’s sake, we have to have the courage to stand up to the industry. Here’s what else I know. Most Americans support common-sense laws, common-sense gun laws,” he said.

“Here’s what else I know. Most Americans support common-sense laws, common-sense gun laws,” he said. before asking, “Why do we keep letting this happen? Where in God’s name is our backbone to have the courage to deal with and stand up to the lobbies?”

The President then went on to issue a call for prayer for the families of those who lost their children in the shooting. “Our prayer tonight, to those parents lying in bed trying to figure out ‘will I be able to sleep again? ‘What do I say to my other children? What happens tomorrow? May God bless the loss of innocent life on this sad day. May the Lord be near the brokenhearted and save those crushed in spirit. They’re going to need a lot of help, a lot of our prayers. God love you,” -he said before concluding the speech.

A day after the terrifying events at the Robb Elementary School where around 21 people, including 19 children lost their lives, posts from the shooter, Salvador Ramos’s Facebook page displayed his plans.

“We are closely cooperating with law enforcement in their ongoing investigation,” spokesman Andy Stone tweeted later. The company did not mention the person to whom the messages were sent.