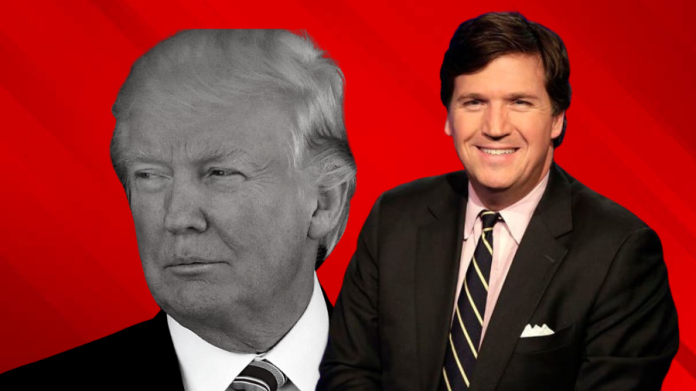 The Fox News segments with Tucker Carlson are well-known and adored by many Americans. Carlson attracted high ratings and popularity for his frequently right-wing, populist take on news, politics, and social issues. The anchor of Fox News is well known for supporting former President Donald Trump. Carlson has publicly stated that he approves of the former president, his policies, and how they have affected the United States.

But recent rumours suggest that the Fox News host did not vote for Donald Trump. In fact, in an interview some time ago, Carlson told his associates that he voted for Kanye West instead, in 2020.

Tucker Carlson apparently did not vote for Donald Trump in 2020 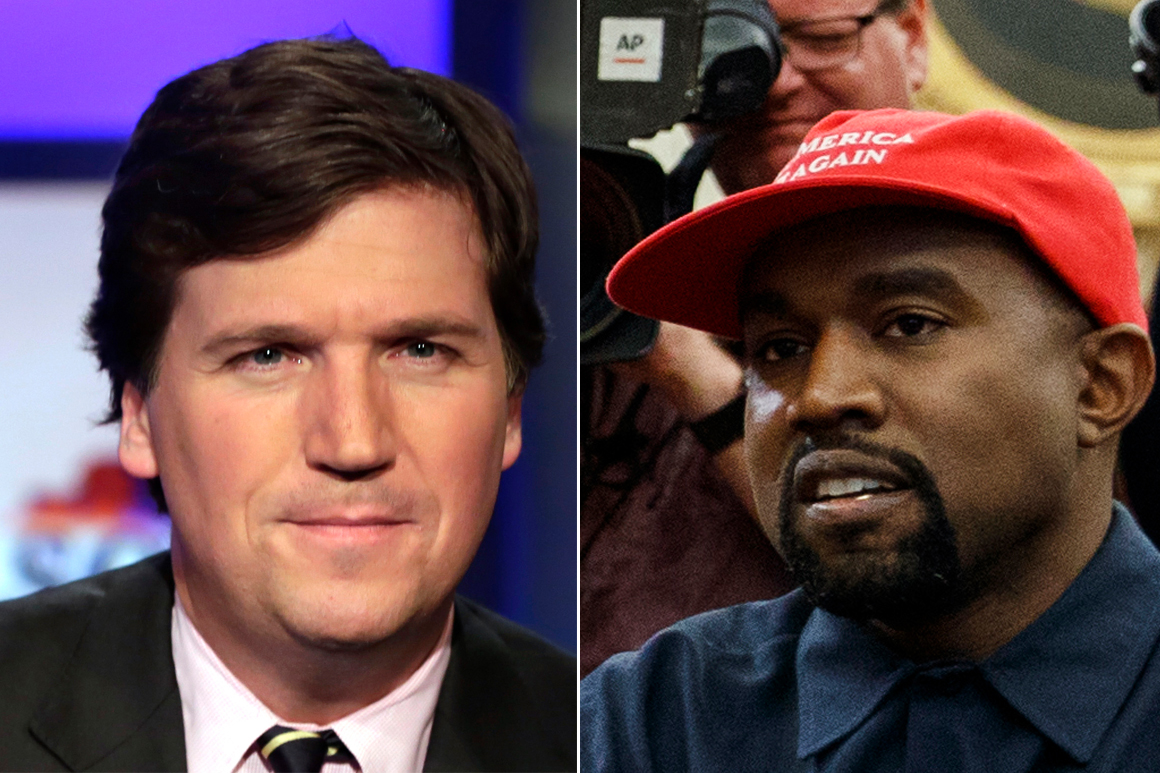 A short while after the 2020 presidential elections, Tucker Carlson told some of his associates that he had cast his ballot for Kanye West instead of Trump. According to two persons with knowledge of those conversations, the Fox News presenter began telling select show guests that he had voted for West soon after the election. The guests questioned if Carlson was serious or joking after hearing his vehement on-air speech in support of Trump.

Now, a new version of the events involving Carlson and his opinions about Trump is circulating the internet that has been shared by a major news outlet.

The news outlet claims that Carlson is not a supporter of Trump, despite the Fox News anchor being photographed with Trump and Rep. Marjorie Greene very recently, at a posh golf club this past weekend. 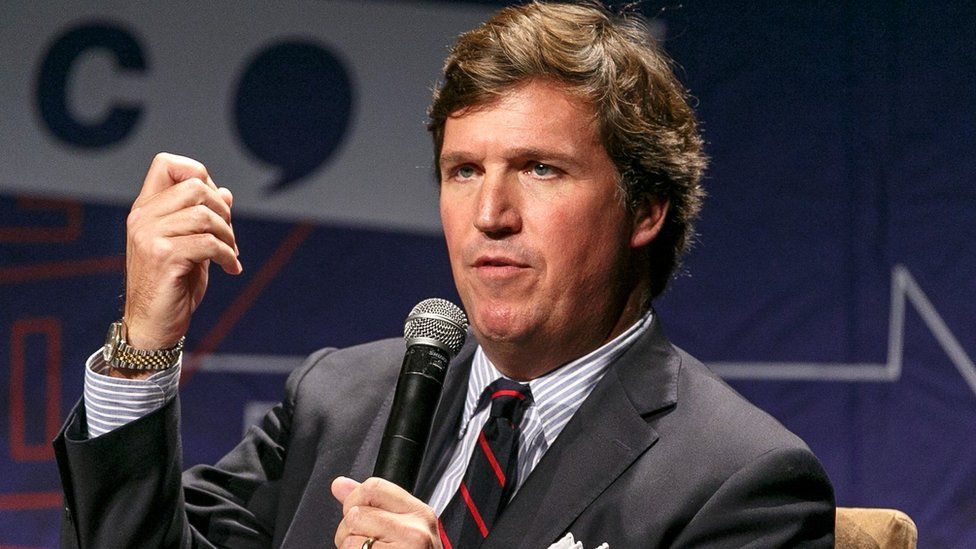 According to an insider from the news outlet that shared the information, Tucker Carlson’s pro-Trump disposition is entirely different from his genuine views on the former president. The insider explicitly stated in an interview that Carlson gains by being seen with Trump, having Trump’s supporters watch his show, and being thought of as a Trump fan. The source also went on to say that the Fox News host thinks very little of the former president and his loyal supporters.

“There are a lot of people, Eric, who snicker behind Trump’s back, who say that they support him publicly and they like his ideas, and they like him, but privately, it’s a different story,” stated the source. “In private, what [Carlson] says about Trump is very different than what he says about Trump in public, and it benefits him to be seen having photos taken with Trump at the golf course and everything,” he added. “He didn’t vote for Trump, as far as we know. I mean, I don’t know. I wasn’t there with him in the ballot box, but we know that Tucker Carlson is one of these people who benefits from having the Trump audience on his side, but thinks very little of the people who make up that audience.”- he stated further.

Tucker Carlson is not the only one who supports Trump only in public. There have been several reports previously, of GOP members being secretly glad about the former president being gone, and not wanting him to run for office again in 2024.

Several of the Senate members of the GOP have been accused of believing that Donald Trump has too much baggage in the end to be successful in winning the 2024 presidential election.

Neither Tucker Carlson nor former president Donald Trump have responded to these rumours.

How Tucker Carlson became the torchbearer of ‘Trumpism’

By supporting the ‘Trumpism’ philosophy promoted by the Republican ex-President, Tucker Carlson of Fox News has gained a huge following. But how exactly did the Fox News host become the torchbearer of the former president’s philosophy? Since Trump lost the 2020 presidential election to Democrat Joe Biden, Tucker Carlson has emerged as the spokesperson for “Trumpism,” the political philosophy advanced by the Republican former President.

Conservative political analyst Dave Rubin, who believes that “being progressive is a mental disorder,” had claimed in an interview with Carlson: “I would say now that Trump has stepped aside. The hatred that was directed towards him, is now directed towards you because you are carrying the torch for some of these ideas.”

Several times, Tucker Carlson has downplayed the US Capitol attack on January 6, 2021. He said “There is no evidence that white supremacists were responsible for what happened… That’s a lie. 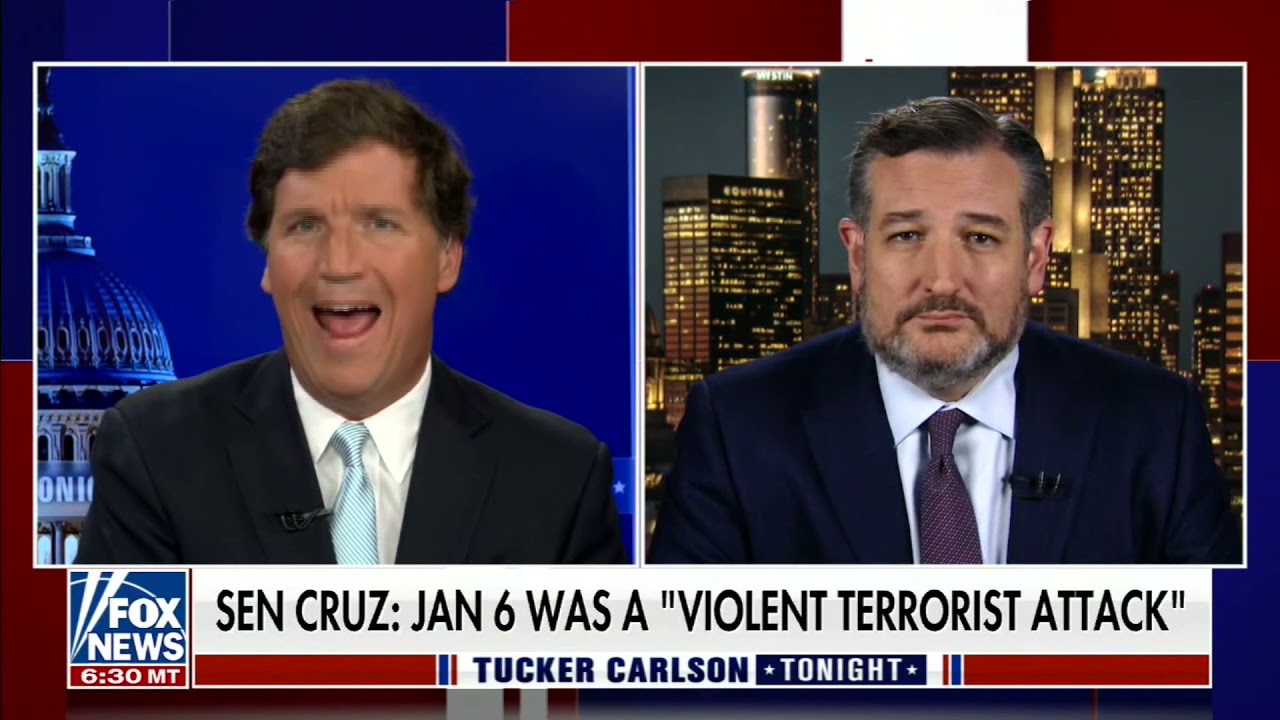 Republican Senator Ted Cruz hurried to Tucker Carlson Tonight and apologised after receiving fire from the Right for referring to the 6 January Capitol brawl as a “terrorist attack” earlier this year. Carlson was obviously upset by Cruz’s remarks.

To his credit, Tucker Carlson was one of the few commentators who correctly predicted Trump would win the presidency. Even before Donald Trump won the Republican party nomination, Tucker Carlson wrote, “The main reason Trump could win is because he’s the only candidate hard enough to call Hillary’s bluff. Republicans will say almost anything about Hillary, but almost none challenge her basic competence. She may be evil, but she’s tough and accomplished. This we know, all of us.”

Regarding the Russo-Ukrainian conflict, Tucker Carlson commented, “Saving Ukraine is not their (Democrats’) goal. In fact, the war in Ukraine is to cause regime change in Moscow. They want to topple the Russian government. That will be the payback for the 2016 (presidential) elections.”

Many people think Carlson’s position on vaccines is even more extremist than Trump’s. Tucker has declined to have the Covid-19 vaccination, even though Trump has stated that he has received both the initial shot and the booster. “Vaccines are counterproductive and bad,” Tucker said in an interview. And now, more recently, Carlson was spotted enjoying a great time with the former president at his luxury golf club in Bedminster for the LIV Golf event.