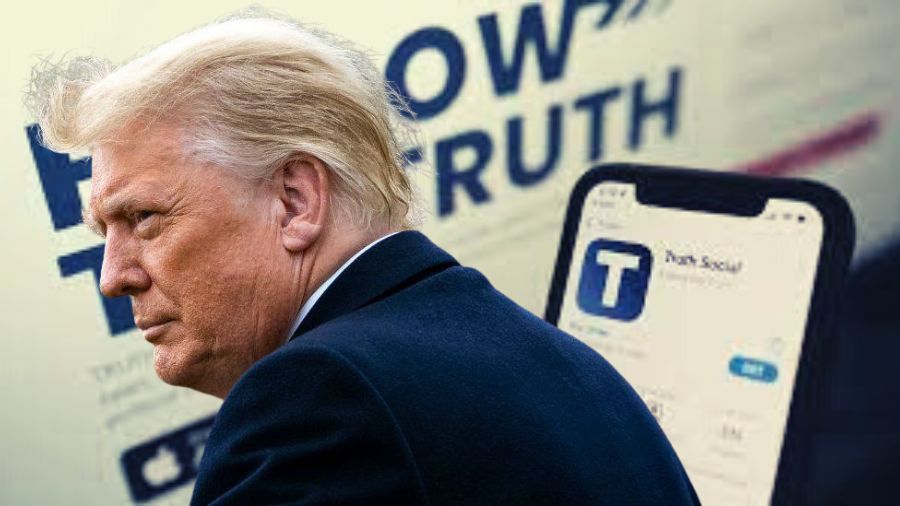 Truth Social is a brand new social media platform launched in February of this year by Trump Media & Technology Group, the technology firm of former US President Donald Trump (TMTG). The app was created in response to a ban on the former president imposed by Big Tech platforms such as Facebook, Twitter, and Youtube in January 2022, following the Trump supporters’ attack on the Capitol building. Trump claims that the Truth Social platform encourages free speech and a “cancel-culture.” “Truth Social is America’s “Big Tent” social media platform, encouraging open, free, and honest global dialogue regardless of political ideology.” -describes the Truth Social official website.

According to reports, Truth Social was ranked 52nd on the chart prior to the transaction between Elon Musk and Twitter, while Twitter was ranked 39th. Downloads of former President Donald Trump’s Truth Social increased by 150 per cent from April 18 to April 25, reaching 75,000 for the week. Trump’s Truth Social has been downloaded nearly 1.4 million times since its initial release in February of this year.

In order to claim your username on the Truth Social app, you need to follow these steps:

Truth Social is currently only available to users in the United States. The following instructions will walk you through the process of installing the Truth Social app on your device:

Features of the Truth Social app

Truth Social is similar to other social networking apps such as Facebook and Twitter. You can make a profile, share your thoughts, and see what other users are posting here. You can also build a following. In the app, only the names of the features were changed.

Truth Social has a search function that allows you to look up people, organisations, and news outlets that are of interest to you. You can also stay in touch with people by activating your notifications. However, as previously stated, before you can begin creating an account, you must first join the waitlist. Fill out the form on Trump’s website to do so.

The main attraction of Truth Social has finally arrived, nearly two and a half months after it was publicly launched. Former President Donald Trump began posting on Truth Social, his very own alternative social media platform, on Friday after being conspicuously absent since the service’s launch in mid-February.

“I’M BACK!” Trump recently posted a photo of himself on Truth Social. At the end of the post, he added the hashtag “#COVFEFE,” a reference to the bizarre tweet he made before being banned from Twitter in 2017.