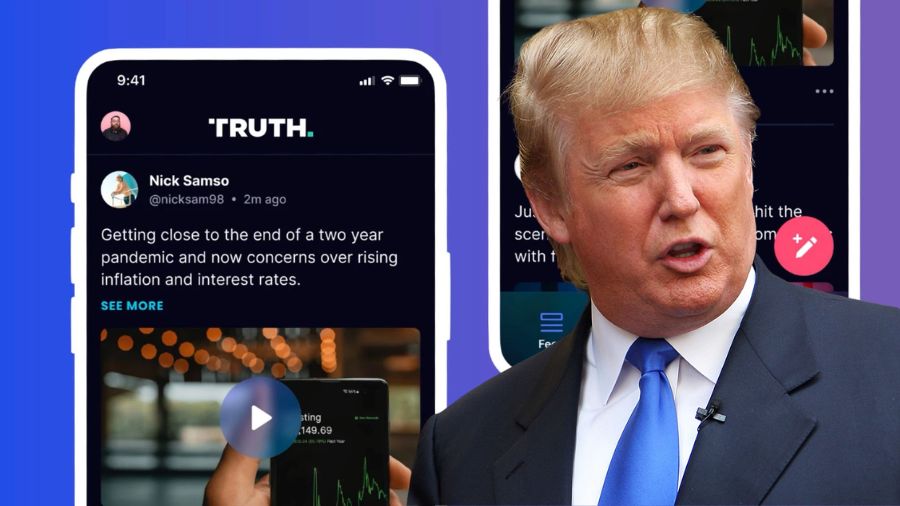 Following his ban from Facebook and Twitter in 2021 as a result of the 2021 attack on the US Capitol, former US President Donald Trump suggested the creation of a new social media platform. In May 2021, Trump launched “From the Desk of Donald J. Trump,” a web page where he posted short tweet-like announcements; it was shut down after less than a month, and Trump’s senior aide Jason Miller said it would not be restarted. After a few months, Donald Trump announced Truth Social, which debuted on February 21, this year.

Since the launch of the Truth Social app on February 21, it has attracted a massive number of users, with hundreds of thousands of people waiting just to register on the social media site. Truth Social is currently only available for iOS users within the United States. Much of the waitlist has been cleared in recent days, and users have successfully registered for accounts. Truth Social Android is now available for pre-order.

Before Truth Social launched on the Apple app store, millions of people pre-registered for the app. According to reports, Truth Social was ranked 52nd on the chart prior to the transaction between Elon Musk and Twitter, while Twitter was ranked 39th at the time. Downloads of former President Donald Trump’s Truth Social increased by 150 percent from April 18 to April 25, reaching 75,000 downloads for the week. Trump’s Truth Social has been downloaded nearly 1.4 million times since its release in February of this year. Update 11/08/22: The app which is only available to iOS users, saw around 56 thousand downloads in the last examined calendar week, as reported by Statista on June 28th, 2022.

How popular is Truth Social amongst millennials?

According to new Statista Global Consumer Survey data, former US President Donald Trump’s new social media network Truth Social is attracting male, college-educated millennials. The March 2022 survey also discovered that Reddit users and gamers or sports fans were more likely to use the platform than almost any other group.

The Truth Social media app currently has about two million active users as compared to Twitter’s 300 million. While Truth Social’s following appears to be small in comparison, it’s worth noting that it was the most downloaded free app on the Apple App Store for several days between April 26 and May 1. Also, the former President’s free speech social media site has managed to garner this huge number of users in a matter of just a little over two months since its launch on 21st February.

Features of the Truth Social app

Truth Social is similar to other social networking apps such as Facebook and Twitter. You can make a profile, share your thoughts, and see what other users are posting here. You can also build a following. In the app, only the names of the features were changed. For example, instead of ‘Tweets’ and ‘Retweets’ on Twitter, the Truth Social algorithm is ‘Truths And ‘Retruths’.

Truth Social has a search function that allows you to look up people, organizations, and news outlets that are of interest to you. Through Truth Social download, You can also stay in touch with people by activating your notifications. However, before you can begin creating an account, you must first join the waitlist. Fill out the form on Donald Trump’s official website to do so. The app also allows you to select an ‘avatar’ of your choice.