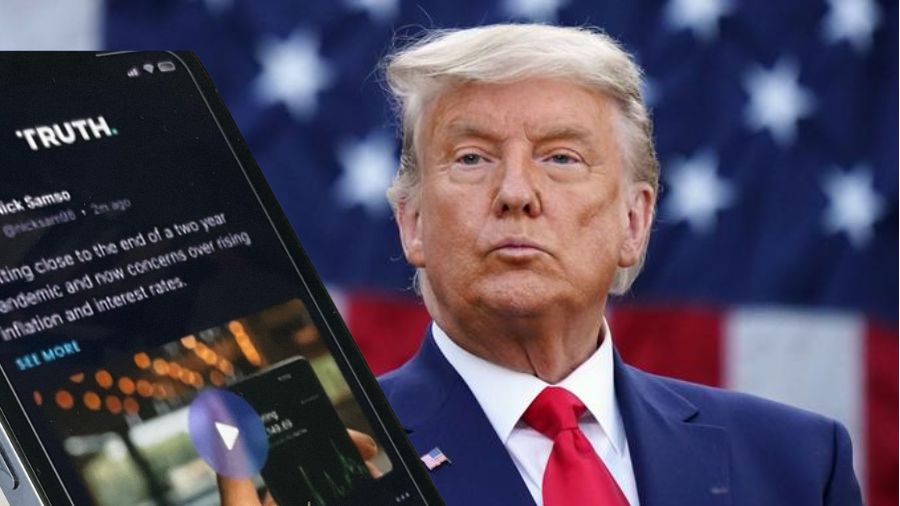 Truth Social is a brand new social media platform launched in February this year by former US President Donald Trump’s technology firm, Trump Media & Technology Group (TMTG). The app was created in response to a ban imposed on the former president by Big Tech platforms such as Facebook, Twitter, and Youtube in January 2022, following the attack on the Capitol building by Trump supporters.

Why is Truth Social down?

A lot of new users looking to use the former president’s new social media platform have faced issues with the app. While many have been added to a long waitlist, others don’t seem to be able to access the app at all. If you are facing errors like the one in the image below, keep on reading to find out how to fix them.

The Truth Social app is only accessible in the United States; it has not yet been launched in other countries. If you are facing the issue of Truth Social downtime, you might not be living in a region that comes under the United States. In order to use Truth Social from regions outside the US, you have to use a VPN. Some great VPN choices are NORDVPN, EXPRESSVPN and PUREVPN.

How to set up VPN to use Truth Social

According to the latest updates provided, the app has a variety of new performance improvements and features including a hide/show option for the password to keep your privacy while typing it in, a long press copy and paste functionality for full-screen images and the animation of the heart icon among other bug fixes.

Truth Social provides a similar experience to other social networking apps like Facebook and Twitter. You can create a profile here, share your thoughts, and see what other users are posting. You can also amass a fan base. Only the names of the features were renamed in the app. Truth Social includes a search function that allows you to look up people, organisations, and news outlets that interest you. Furthermore, by activating your notifications, you can stay in touch with people. However, as previously stated, the app requires you to join the waitlist before you can begin creating an account. You can do so by completing the form on Trump’s website.