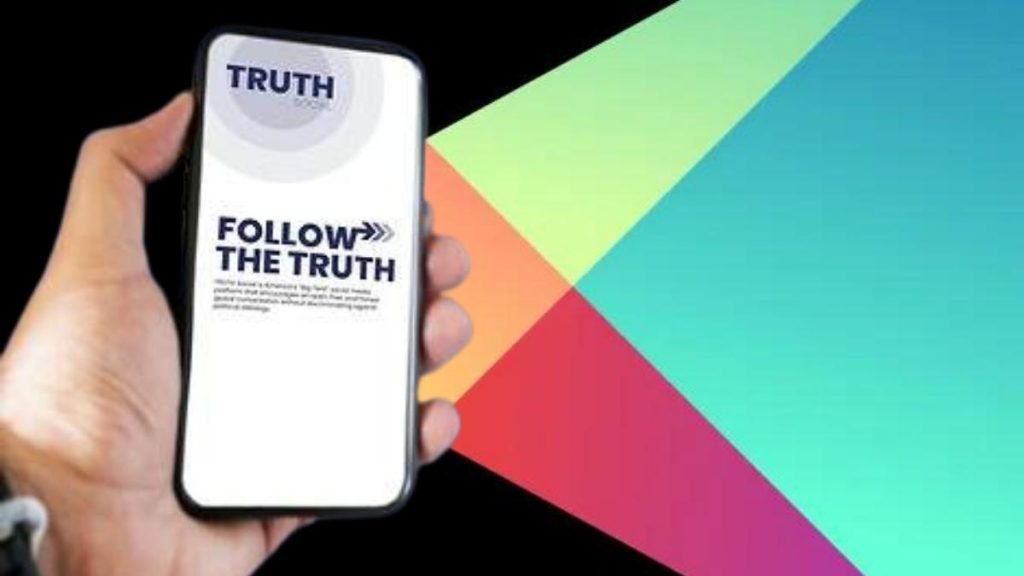 Truth Social media app and the Twitter competitor created by former president Donald Trump’s company TMGT (Trump Media and Technology Group), has been barred from the Google Play store. Google claims that the app lacks effective systems for moderating user-generated content, which is a violation of the store’s terms of service.

According to Google, the issue with the former president’s app is its inability to properly moderate violent content posted by users. It also stated that the problem was reported to Trump Media & Technology Group in mid-August. The restriction means that Android users, who account for 44% of smartphone users in the United States, will be unable to download the app. Google will not release the app until the content issues are resolved. According to reports, Truth Social acknowledged Google’s concerns and stated that it would work to address these issues.

“On Aug. 19, we notified Truth Social of several violations of standard policies in their current app submission and reiterated that having effective systems for moderating user-generated content is a condition of our terms of service for any app to go live on Google Play,” the tech company owned by Alphabet, told a major news outlet in a statement on Tuesday.

Devin Nunes, the CEO of Trump Media and Technology Group, told a different story. The former lawmaker, who was a staunch supporter of former President Donald Trump in Congress, stated that the decision is entirely up to Google and is unrelated to Truth Social’s policies.

“When are we going to be available on Android? Well, look, that’s up to the Google Play store. We’re waiting for them to approve us, I don’t know what’s taking so long,” Nunes said in a statement a while ago, adding, “It sure would be nice if they would approve us.”

Sources claim that Truth Social has not paid major bills since its launch earlier this year, indicating financial weakness. According to reports last week, Truth Social owes approximately $1.6 million to technology company RightForge. Truth Social’s internal infrastructure is provided by the company, which bills itself as a right-wing internet hosting service “without the Big Tech censorship.” According to sources familiar with the situation, RightForge was last paid by Truth Social in March, about five months into the conservative firm’s contract to provide web hosting infrastructure for Mr Trump’s “pro free speech” social media platform.

While the company has not issued a public statement regarding the status of its payments, its CEO has continued to express his support for the former president. RightForge CEO Martin Avila stated, “RightForge believes in the mission of President Trump‘s free speech platform and wishes to continue supporting the president in his media endeavors.” Former President Donald Trump has reacted to reports of financial difficulties at Truth Social by calling them “Fake News” and threatening legal action. “The Fake News Media is devastated at how well TRUTH is doing. So, quite on cue, they are working overtime to criticise and demean it,” wrote the former president on his Truth Social account.

Is Truth Social in financial trouble?