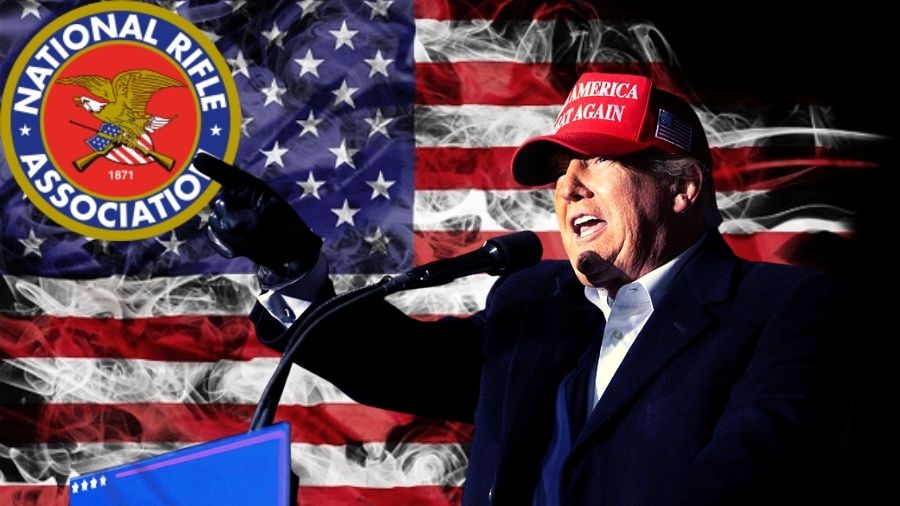 At the NRA convention held in Houston, Texas, former President Donald Trump called out his fellow GOP members who drooped out and decided not to attend the convention in the wake of the mass shooting at an elementary school in Uvalde some days ago.

Despite the absence of Abbott, Patrick, and other politicians, former President Donald Trump attended the convention. Sen. John Cornyn and Rep. Dan Crenshaw, both prominent Republican lawmakers from the state, also declined to participate in the NRA gathering— Cornyn cited a scheduling conflict, while Crenshaw was out of the country on a trip to Ukraine.

Several of the scheduled performers, including Don McLean and country singer Lee Greenwood, have also backed out. In addition, Daniel Defense, a weapons manufacturer, informed CBS News that they would no longer be attending “because of the terrible tragedy in Uvalde, Texas, where one of our products was criminally misused We believe that promoting our products at the NRA meeting in Texas this week is inappropriate.”

Texas Governor Gregg Abbott backed out of attending the NRA convention, announcing his decision on Friday in the wake of the Ulvade school shooting that left 19 children and two teachers dead. He gave pre-recorded remarks instead at the gathering. Abbott mentioned the Uvalde shooting in his pre-recorded remarks. At a news conference in Uvalde, he said he was “livid” that officials had “misled” him about the response when the shooter entered the building.

While delivering his remarks at the NRA meeting, the former president took a dig at Gregg Abbott along with all the other GOP leaders who failed to attend the event. Although he didn’t mention their names, Trump said, “unlike some others, I didn’t disappoint you by not showing up today.”

He also accused the Democrats of demonising gun owners and exploiting the recent tragedy. “Every time a disturbed or demented person commits a hideous crime there is always a grotesque effort by some in our society to advance their own extreme political agenda.” -said Trump.

Trump demanded that school security and the nation’s approach to mental health be overhauled, telling the group that every school building should have a single point of entry, strong exterior fencing, metal detectors, and hardened classroom doors, and that every school should have a police officer or armed guard on duty at all times. He also demanded that trained teachers be allowed to carry concealed weapons in the classroom.

He and other speakers ignored the elementary school’s existing security measures, which did not deter the gunman, who entered the building through a backdoor that had been propped open. Schools in Uvalde already have a variety of safety measures in place, according to a district safety plan. According to the plan, the district had four police officers and four support counsellors for the 2019-20 school year. It also had software for monitoring social media for threats and screening school visitors.

Trump also revisited some of his favourite talking points such as his time in office as President and slamming President Joe Biden.

He claimed that the Second Amendment is “under siege,” and ominously predicted that new gun control laws would be the “first step” because they want “total gun confiscation,” despite the fact that no proposed gun control measures call for this.

Trump claimed to have “saved” cities like Minneapolis, Kenosha, Seattle, and Chicago during protests, and received some of his loudest applause when he told the crowd, “If I did it again — run for president and win — I would no longer feel obligated to do that way.”