Trump hits on Ron DeSantis in a Statement 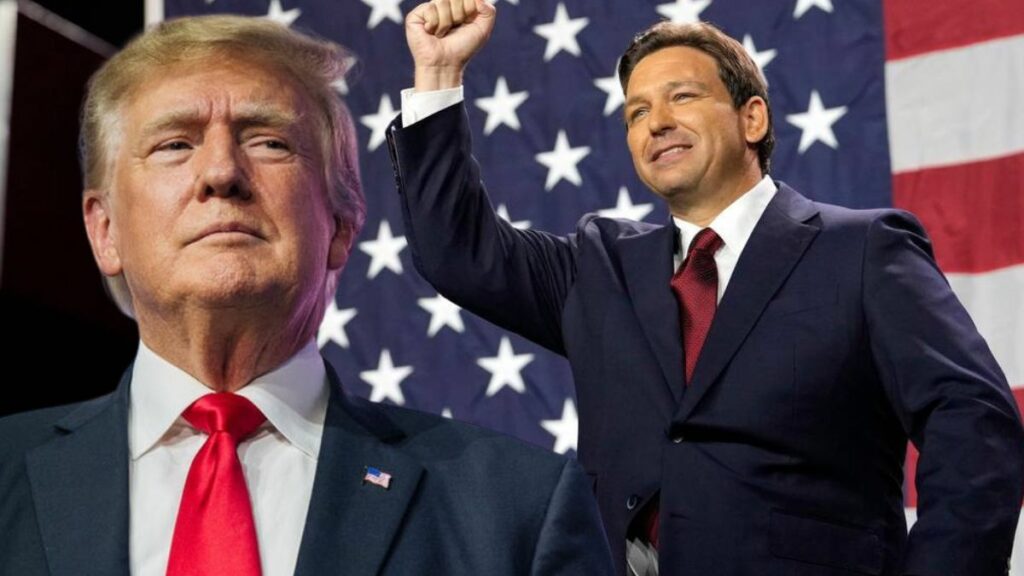 Trump hits on Ron DeSantis, Governor of Florida, after his victory in the midterm elections. It has been less than 48 hours since the election result was declared, and even everyone is supporting Ron DeSantis except his former political supporter. They finished their cold war by attacking each other with words.

Former President Donald Trump smacked Florida Governor Ron DeSantis as an ungrateful, “average” and also blamed him for “playing games” with his future presidential election of 2024 in an official statement released Thursday evening.

The statement given by Donald Trump depicts in stark terms how Donald Trump thinks of Ron DeSantis as an enemy for the Presidential nomination of the Republicans, even though DeSantis has stopped condemning Trump in public. It would be very difficult for Trump and DeSantis’ consultants to refuse if the stiffness between two well-known personalities hadn’t become evident till now.

The statement released by Trump relitigated 2018 when Ron DeSantis won the governor’s race for the first time with the help of Trump’s support.

A part of the 475- word emailed affirmation reads, “Ron came to me in desperate shape in 2017 — he was politically dead, losing in a landslide to a very good Agriculture Commissioner, Adam Putnam, who was loaded up with cash and great poll numbers.” Putnam was DeSantis’s biggest rivalry in the Republican primary.

“When I Endorsed him, it was as though, to use a bad term, a nuclear weapon went off.”

Former President Donald Trump also asserted that DeSantis would never have won the election against the Democratic candidate for governor in 2018, Andrew Gillum, whom he deflates by calling a “Crackhead” if it hadn’t been for his involvement as president. He said when votes had been stolen by the corrupt Election process in Broward County, he sent in the FBI and the U.S. Attorneys, and the vote theft ended at once.

There is no proof to suggest the assertions of attempted voter fraud are true.

Trump’s statement says, “And now, Ron DeSanctimonious is playing games! The Fake News asks him if he’s going to run if President Trump runs, and he says, ‘I’m only focused on the Governor’s race, I’m not looking into the future. Well, in terms of loyalty and class, that’s really not the right answer.”

Trump’s statement accused the conservative media of being “all in” for Ron DeSantis. In the statement, he resurrected one of his more memorable nicknames from the 2016 GOP primary battle for president against the former governor of Florida. The latter also stood against him in the race for president.

Trump stated that The Wall Street Journal loved Low Energy Jeb Bush and a progression of other people as they swiftly vanished from sight, eventually falling in line with him after he effortlessly knocked them out.

They were exactly in the same position then. They would keep coming after them, MAGA, but lastly, they would gain victory. They will Put America First and MAKE AMERICA GREAT AGAIN.