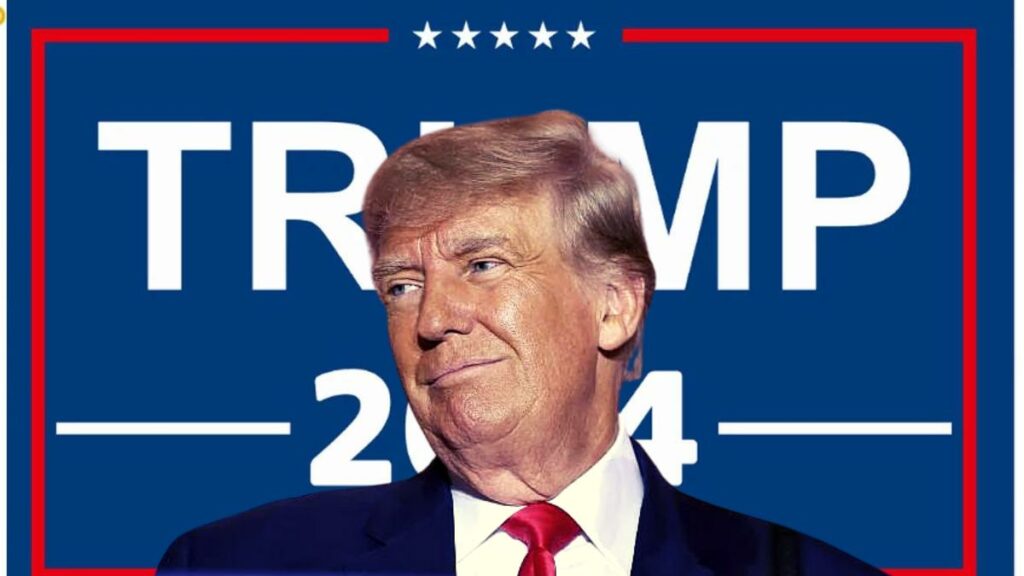 Former President Donald Trump introduced his new slogan during his speech announcing his presidential run in 2024, which was quickly mocked online. Trump announced his third presidential campaign at his Mar-a-Lago estate in Palm Beach, Florida.

The announcement, made on Tuesday, comes in the aftermath of the United States’ midterm elections. Mr. Trump has hinted in recent months that he intends to run for president. He described the Republican Party as “much bigger, much stronger, much more powerful” and capable of doing much more good for the country.

Former president Trump, in his hour long speech told his supporters, “In order to make America great and glorious again I am tonight announcing my candidacy for president of the United States.”

Users quickly began using the abbreviation MAGAGA, claiming that it is a play on his 2016 campaign slogan, “Make America Great Again,” which was often abbreviated as “MAGA.”

The new campaign phrase was mocked, with some Twitter users claiming that the former president changed the original slogan so that his supporters would have to buy new merchandise, while several others compared it to ‘baby blabber’, i.e., the way a baby tries to speak.

“It’s official! The new name for its campaign is MAGAGA! Congratulations to whoever got there first, let’s take it all the way,” wrote actress Bette Midler on Twitter.

“I tried to say #MAGAGA and activated my gag reflex,” actor and comedian John Fugelsang wrote.

While many mocked the former president’s new campaign slogan, others pointed out that his speech lacked the usual energy and was “boring.”

Meanwhile, former president Trump filed papers to run for president on Wednesday. His unusually early entry into the race is being interpreted as an attempt to gain an advantage over other Republicans seeking to be the party’s flag bearer, and to avoid potential criminal charges.

Following the announcement by the former president, billionaire and GOP mega donor Ronald Lauder stated that he will not contribute to Donald Trump’s presidential campaign in 2024.

Lauder, who is an heir to the Estée Lauder fortune, is the latest GOP mega donor to distance himself from Trump as he launches a third presidential bid. Lauder gave almost $100,000 to the Republican National Committee in 2019, when the political organization was assisting Donald Trump’s reelection.

Though his spokesman did not specify who Lauder will support in 2024, Florida campaign finance records show that the billionaire businessman gave $10,000 to a political action committee supporting Florida Gov. Ron DeSantis‘ successful reelection campaign last year. According to OpenSecrets, Lauder contributed $200,000 to DeSantis’ 2018 governor campaign.

Even though Governor DeSantis has not formally declared his candidacy for president, he has emerged as the party’s top contender after winning reelection in Florida by nearly 20 percentage points on Nov. 8. He has also not ruled out running against Trump in the Republican primary.

Lauder isn’t the only one who has sought to distance himself from the former president’s next White House campaign. His daughter, Ivanka Trump, who has previously served as a senior advisor during his administration, has also refused to be part of Donald Trump’s 2024 presidential campaign.

Ivanka Trump cited the reason for distancing herself from her father’s campaign as wanting to spend more time with her family in Miami.

When asked if her decision would affect the relationship with the former president, Ivanka says that she is still “extremely close” with her father, saying that it will never change, and that even though she has played several different roles throughout her life, the role of the former president’s daughter is “one of the most elemental and consequential” to her.