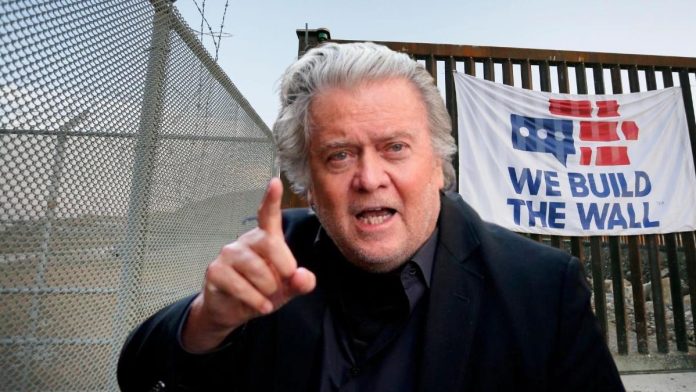 According to an indictment unsealed on Thursday, a prominent supporter of former president Donald Trump and former strategist to his administration Steve Bannon was arrested in New York on money laundering charges in connection with a fundraising effort to privately fund the construction of the US-Mexico border wall.

According to the 22-page indictment, Steve Bannon is accused of siphoning off more than $1 million from the “We Build the Wall” fundraising campaign, which promised to use all proceeds to fund the completion of the US-Mexico border wall.

Two cases of money laundering in the second degree and conspiracy in the fourth degree have been mentioned in the indictment unsealed on Thursday. Bannon turned himself in to the Manhattan district attorney‘s office after being informed in recent days that charges were imminent, according to sources familiar with the situation. 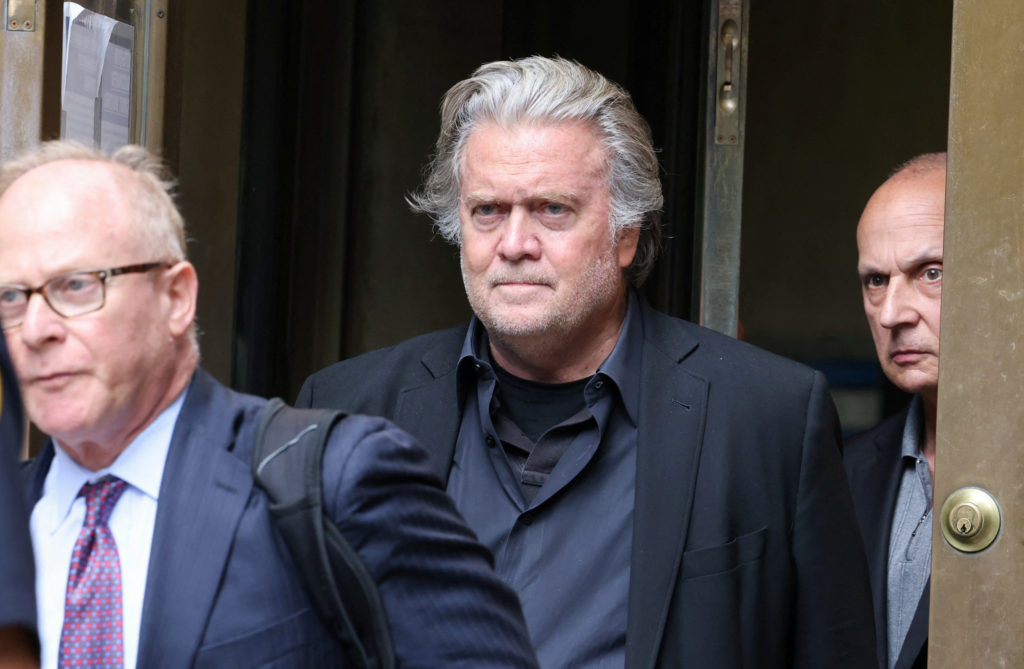 Manhattan District Attorney Alvin Bragg Jr. said that the former White House strategist “acted as the architect of a multi-million dollar scheme to defraud thousands of donors across the country — including hundreds of Manhattan residents.”

Bragg said that Bannon, “We Build the Wall” Chief Executive Officer Brian Kolfage, and others involved in that campaign had repeatedly claimed that Kolfage would not be paid “a penny” for his work. “But instead of pennies, Kolfage received more than $250,000 in a salary fund by donations,” Bragg said. “At least $140,000 of which, we allege, was laundered by Stephen Bannon,” Bragg said in a statement several hours after Bannon surrendered at Manhattan Criminal Court to face a grand jury indictment that also charged WeBuildtheWall Inc.

The new charges stem from some of the same conduct as a previous federal indictment, which was dismissed when Trump pardoned Bannon on his last day in office.

In August 2020, federal prosecutors charged Bannon and three other men with defrauding donors in a private $25 million fundraising drive.

Bannon pleads not guilty, says charges are “all nonsense”

According to his attorney, Steve Bannon pleaded not guilty in a New York court on Thursday to state charges of money laundering, conspiracy, and fraud. 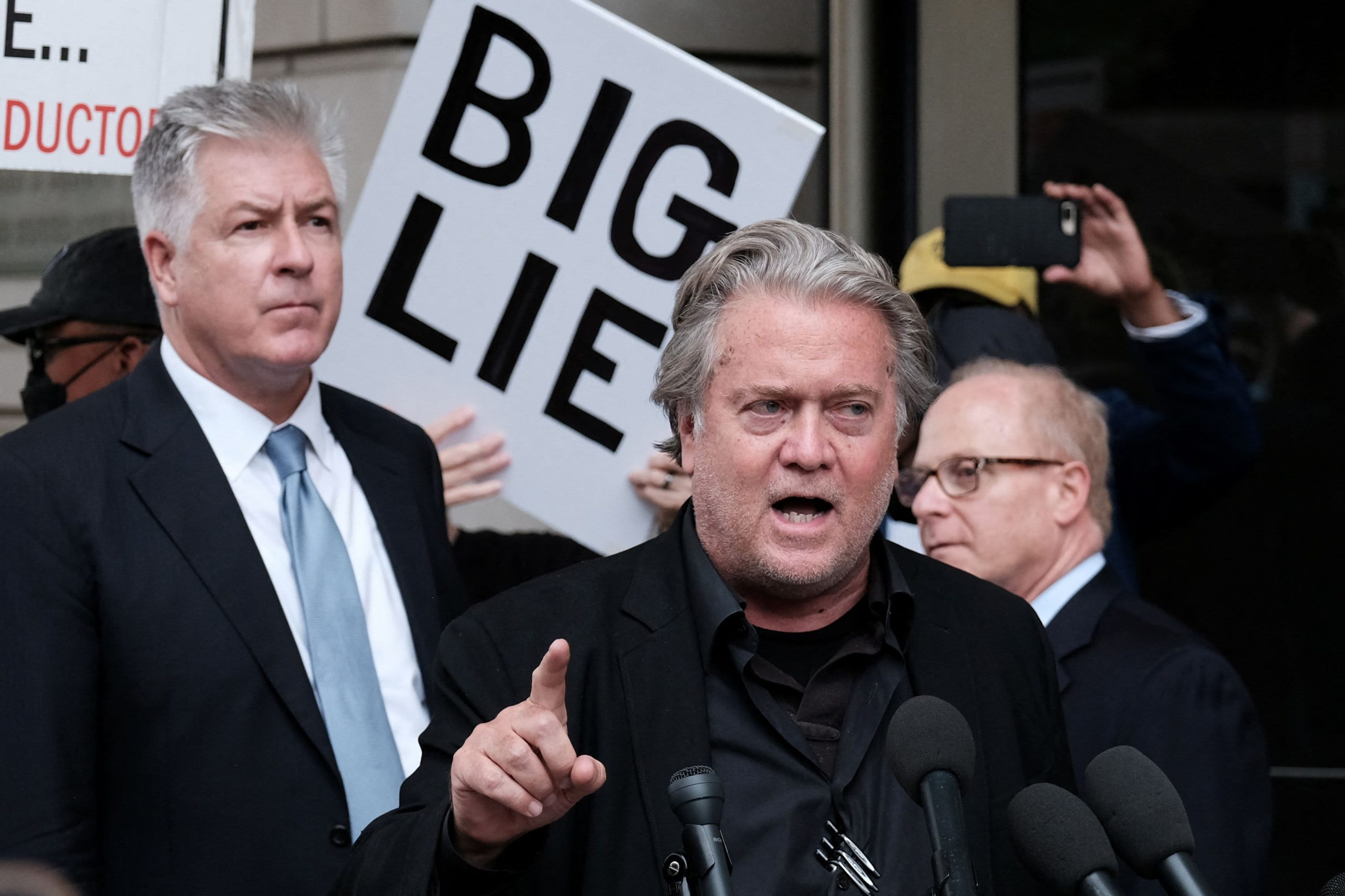 “This is what happens in the last days of a dying regime. They will never shut me up. They’ll have to kill me first. I have not yet begun to fight.” Bannon said as he walked past reporters into court, handcuffed and flanked by officers.

Prosecutors said in the indictment that Bannon publicly claimed he was acting sort of as a volunteer for We Build The Wall. Bannon allegedly helped funnel hundreds of thousands of dollars to himself and his associates behind the scenes.

While leaving the courtroom, Bannon declared that the charges were “all nonsense.” The 68-year-old Trump loyalist was released without bail. During former president Donald Trump‘s presidential campaign and later in the White House, Bannon was an influential member of his inner circle. Bannon was appointed as the former president’s chief strategist and special counsel just days after he won the election in 2016. Bannon and Trump’s Chief of Staff, Reince Priebus, were described as “equal partners” in a statement released by the president-elect. He was fired as Trump’s chief White House strategist in August 2017.