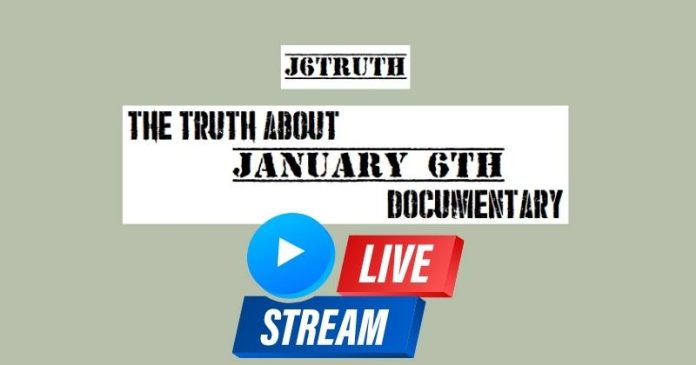 What is the J6truth Documentary?

The j6truth is “THE TRUTH ABOUT JANUARY 6th” Documentary Premiered on June 6, 2022 on The Gateway Pundit. Narrated by Political Prisoner Jake Lang from Inside Solitary Confinement. This groundbreaking documentary contains never-before-seen footage of and commentary on January 6th. This film is historical in the fact it was co-produced and narrated by January 6th Political Prisoner Jake Lang from solitary confinement. Lang is arguably one of the most persecuted January 6th defendants and political prisoners in America today.

You can watch J6truth documentary below :

What is the J6truth documentary about?

The film is devoted to the four Trump supporters who died on January 6th of this year.This documentary tells the story of how protestors were forced to come to the aid of American citizens on January 6, 2021, who were being brutalised by a militarised police force stamping out free speech in the public square. “The Truth About January 6th” tells the story of Rosanne Boyland, a defenceless third party who was brutally assaulted and killed by police, and how good men pleaded for her life before resorting to violence to save her. This is critical in demonstrating the very real fact that the ‘Defense of a Third Person Doctrine’ justified much of the force used by protestors on January 6th and why this implies that many of these men are innocent of criminal assault.

Peter Ticktin, President Trump’s J6 attorney, said he’s looking forward to seeing the film. “It’s critical that Americans understand that people are fighting every day to expose the truth about the election and January 6th,” Mr. Ticktin said. “There are courageous Americans who see the truth and make videos like this.” Leading J6 Attorney Joseph McBride also appears in the film as a media contributor and expert on the subject. “America, you deserve the truth,” begins Lang’s powerful narration at the start of the film. Lang narrates the story from jail and tells about what happened during the protest. He requests his followers to watch the film where the mainstream media lies about everything. According to Land, he witnessed the murders done by authority and noone raised their voice for them.

What did Tina Ryan say about the steel balls? 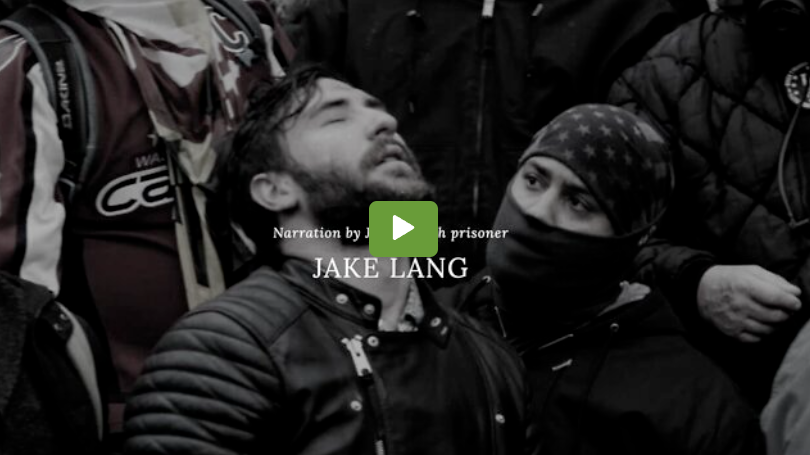 “Lang has steel balls,” Citizens Against Political Persecution’s Tina Ryan said. “He is literally facing nearly half a century in prison for speaking out against the Biden Regime from solitary confinement on January 6th, and he is being harshly persecuted for doing so.” Most people would simply shut up in fear, but Jake isn’t one of them. He fights even harder as they close in on him. It’s like Goliath vs. David.” “The Truth About January 6th” was co-produced by Brick House Films and Jake Lang, with the goal of telling Lang’s story alongside the events of the day.

“Our goal would be to condense the material to make it understandable to the general public,” said filmmaker and Executive Producer Brittany Manheim, “to those who may not be aware of the deaths of Trump supporters due to police violence against protesters on January 6th.” “Many people in America are completely unaware that we have political prisoners. It is critical that we reach out to these individuals. Sharing the truth about Jake, as well as all of the other political prisoners held on January 6th, is critical for justice.” “Working with Jake and his father has been an incredible experience,” she continued. Jake is one of the most dedicated and hardworking people I’ve ever met. “Throughout it all, I admire his good faith and attitude.” 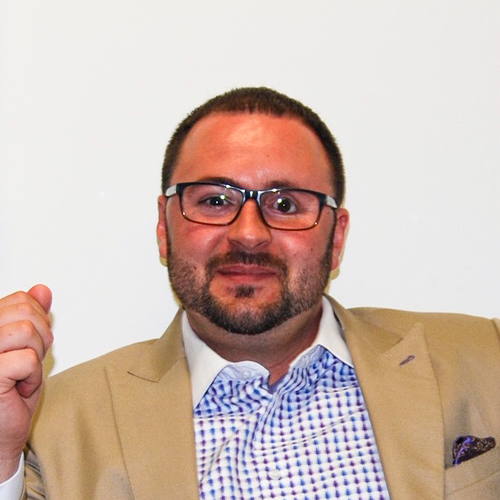 “Tenacious, passionate, and persistent are just a few words that describe Jake’s approach to any project,” Metcalf said. “I’m confident that such words can also be applied to the dedication that went into making this film. Jake will not give up or stop until all of the facts and truth about his case and J6 are revealed.” “There’s a great saying,” said John Tabacco, host of J6 Advocate and Newsmax. “You don’t have to defend the truth; it’s like a lion.” Allow it to roam freely; it will defend itself. One day, the world will realise the truth about January 6th, and I admire Jake Lang greatly for his bravery in speaking out.

How does the documentary end?

The documentary ends with a powerful statement from Lang saying, “Now that you have been armed with the truth, the truth shall set us free. Please share this video with as many people as you can text and email. Also, donate to the GiveSendGo where 100 percent of proceeds go to advertising this documentary with TV and newspaper ads. We cannot let the brave Patriots of January 6th sacrifice be in vain. We must fight for those who stood up to protect this great nation from the current unconstitutional Regime. Joe Biden says no Amendment is absolute. This is rhetoric of a tyrant who has no respect for our Republic or our God Given rights. I know the Founding Fathers and many incredible January 6th Patriots who are willing to bet with our lives that he is wrong. We battle this spiritual warfare with the love of God and the faithful understanding that we can do all things through Christ who strengthens us. So we will never back down, and we will never surrender to tyranny. Because fear does not live in the heart of a Patriot. May God bless you and uplift you and give you liberty before death.” A close-up shot of Lang saving Philip Anderson’s life is included in this new footage. As police tear gassed and pushed other protesters on top of him, Anderson signed a sworn affidavit claiming that Lang saved his life that day. A still from Edward Jacob Lang’s new documentary about how he saved Trump supporter Philip Anderson’s life. The never-before-seen footage in “The Truth About January 6th” was shot near the scene of Rosanne Boyland’s death, and shows her friend Justin Winchell pleading with other protesters to help focus on saving his friend Boyland from the cops. Last September, we reported that a DC Metropolitan Police Officer named Lila Morris was seen brutally beating Boyland as she lay unconscious on the ground.

Jake Lang (in a leather jacket with his hands in the air) begs police to stop using tear gas on the injured and allow him to assist Rosanne Boyland, who is dying at his feet (not seen in photo but undisputedly documented in video to be exactly underneath where Lang stands). Witnesses claim that police refused to allow protesters to assist Boyland. The truth about January 6th is that it was more complicated than the fake news media has made it out to be. Around the Capitol, there were areas that were completely peaceful and areas that were more violent. For example, we’ve all seen the video of unarmed veteran Ashli Babbitt being shot and killed by violent Capitol police officer Michael Byrd. Police officers were responsible for a lot of the conflict that day.

What happened more in the incident? 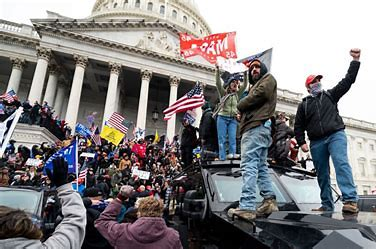 The tragedy of Rosanne Boyland, as well as police brutality against Philip Anderson and others, have enraged the crowd. Under that pile were known protesters Rosanne Boyland, Philip Anderson, and Tommy Tatum. Rosanne was no longer alive. The government then lied to us, claiming she died of a drug overdose. Edward Jacob Lang assisted in the extraction of an unconscious Anderson and Tatum. If Lang is found guilty at trial, he could face decades in prison for his actions that day. “Lang is a hero,” Ryan declared. “He saved two lives and was also seen attempting to save Rosanne Boyland from cops.” Despite this, he dies in solitary confinement as a Biden Regime prisoner for saving the lives of two peaceful American protesters exercising their First Amendment rights.”

Aside from Lang, there are at least a dozen more men in custody or awaiting trial who were near the West Capitol Steps. Ronald McAbee, Jonathan Mellis, Shane Jenkins, Jeff Sabol, Peter Stager, Ryan Nichols, Jack Whitton, Michael Lopadic, Clayton Ray Mullins, Logan Barnhart, Luke Coffee, and Michael Foy are among the men who have been named. There is video evidence that has been kept hidden from the public eye that shows many of these prisoners desperately trying to help the fallen. There is also video evidence that their animosity toward police began during and after they witnessed Rosanne Boyland’s death and police attacks on other Trump supporters in the area.

What is the aim of the 6Jtruth documentary? 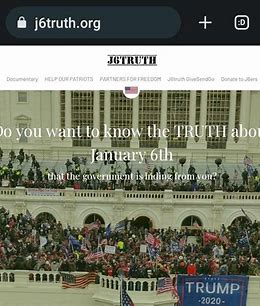 The documentary “Truth About January 6th” aims to investigate this accurate story and debunk the false narrative that ordinary “Back the Blue” Trump voters were randomly attacking police officers for no reason. “It’s critical that you share this documentary with those who are unfamiliar with the story.” Citizens Against Political Persecution’s Ryan stated, “We have to change the hearts and minds of the average American, the moderates, the fair Democrats.” “We have to persuade them that that day was more than what they were told. It is essential; otherwise, these men will never have a fair trial by jury. The truth is that fighting for something is worth fighting for.” In solitary confinement, Lang remains incredibly strong and determined. He gets his strength from a strong relationship with God and a willingness to fight for the truth. “Give whatever God puts on your soul to support the truth campaign on January 6th,” Lang said. “May God bless you, my fellows in arms.” 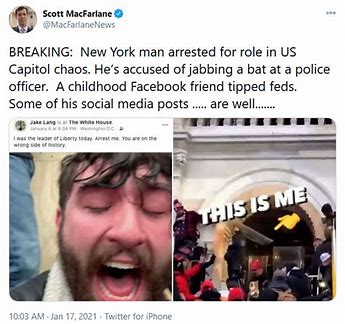 Edward Jacob “Jake” Lang is an American white man from New York. He currently resides in Newburgh, New York, in Orange County. He is the son of Ned Lang and Sari Laden Lang, a former member of the council in Tusten, Sullivan County, New York. His family owned one of New York’s largest environmental waste treatment plants. He grew up in Sullivan County, in the town of Narrowsburg. In New York, he attended Hunter College. He dropped out of school in 2014 to start his first business, Harlem Pusher, an urban headwear company. Later that same year, he opened Vaporizer City, an online store. Social Model Management, a digital modelling agency based in New York City was founded by him in 2017.