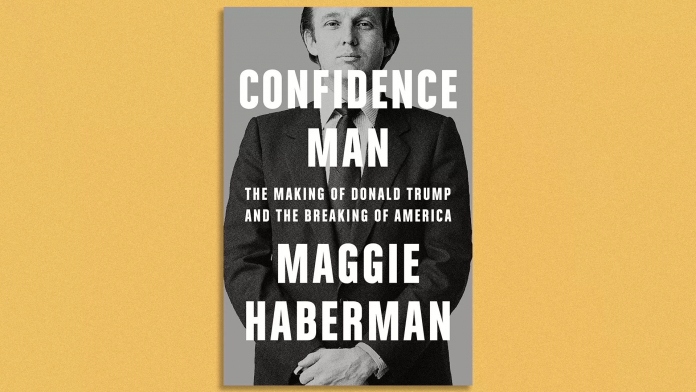 Overview: This article presents information on how to download an upcoming publication by Maggie Haberman, Confidence Man.

Confidence Man is an upcoming political publication by Pulitzer prize-winning American journalist Maggie Haberman. Trump’s “most feared” publication, as cited by Axios, “Confidence Man: The Making of Donald Trump and the Breaking of America”, is all set to be published on 4th October by Penguin Publishers. Maggie Haberman is one of the fiercest critics of Trump, covering all his campaigns and agendas since 2011. 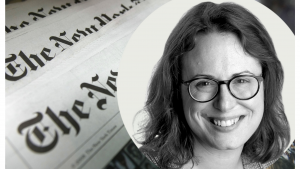 Since the book has not officially been released, it is not available online to download. It is however available for pre-order on a number of sites including Amazon and Penguin Publishers website, penguinrandomhouse.com. The paperback edition is priced at $32, the hardbound edition costs $30 while the Kindle edition costs $15.

“Pre-order CONFIDENCE MAN here! The former president has already confirmed a piece of the reporting, and there’s much more to come!” – tweeted Maggie along with a link to the Penguin Publishers website. 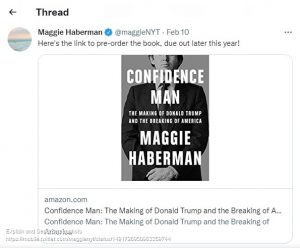 Here’s how you can buy Confidence Man by Maggie Haberman:

1)Place an order with Amazon in a format of your choice. The book is currently available for pre-order on the site and can be delivered to your doorstep as soon as it is released.

2) Place an order through Amazon for the Kindle format. The ebook will automatically be sent on the release day.

3) Order it through the official website of Penguin Publishers. 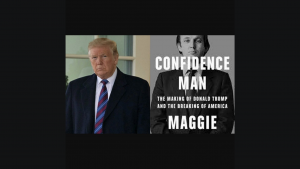 In what seems to be the most – awaited political works of the year, Haberman has cohesively put down the entire journey of former President Trump’s rise to power to his anguished post-presidency life along with his potential comeback in 2024. 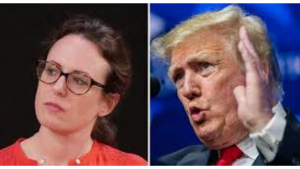 A recent tweet from Maggie Haberman about the juicy topics covered in her forthcoming book claims that the residential staff at the White House repeatedly found wads of printed paper flushed down the toilet. She believes that the president has violated the Presidential Records Act by unceremoniously disposing off what could be classified presidential records in those wads of paper. 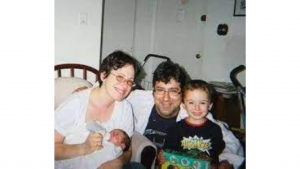 Maggie Lindsey Haberman is a prominent journalist of America and one of the fiercest critics of former President Donald Trump. She currently works for The New York Times as a White House Correspondent and a political analyst for CNN. She has also previously worked as a political reporter for the New York Post, the New York Daily News, and Politico. Haberman acquired prominence due to her coverage of Trump’s campaign, presidency, and post-presidency for the Times. Haberman earned the Pulitzer Prize for National Reporting (shared with colleagues at the Times and The Washington Post), in 2018 for reporting on the Trump administration.