Rick Scott, (full name Richard Lynn Scott) is an American politician and businessman who has been the junior senator of Florida since 2019. From 2011 to 2019, he served as the Republican Party’s 45th governor of Florida.

Scott ran for governor of Florida in 2010. In the general election, he narrowly defeated Democratic nominee Alex Sink after defeating Republican primary opponent Bill McCollum. Scott was re-elected in 2014, defeating former governor Charlie Crist. Due to term limits, he was unable to run for reelection in 2018 and instead ran for the United States Senate.

Rick Scott is married to Ann Scott. They tied the knot when Rick was 19 years old and have been happily married for over four decades. The couple has two daughters and seven grandchildren.

Ann Scott believes in the importance of family, strong values, community involvement, and the power of a good education. Mrs Scott graduated from Southern Methodist University in Dallas, Texas, with a degree in business administration.

She is an avid reader who used to spend her time as the First Lady of Florida visiting students in schools and libraries throughout Florida to encourage them to read and write. She believes that excellent readers become excellent learners and that early learning leads to academic success. She also encourages Floridians of all ages to eat healthily and exercise. The Scotts donate to the Salvation Army, United Way, Naples Zoo, Conservancy of Southwest Florida, and Liberty Youth Ranch, a home in Collier County, Florida for abandoned, abused, neglected, and orphaned children. They have also collaborated with World Vision to develop a primary health care system in Bunyala, Kenya.

Rick Scott was born Richard Lynn Myers in Bloomington, Illinois on December 1, 1952. Scott never met his biological father, Gordon William Myers, who his mother, Esther J. Scott (1928–2012), described as an abusive alcoholic. When Scott was a child, his parents divorced.

In 1954, Esther married truck driver and WWII veteran Orba George Scott Jr. (died 2006). Orba adopted Rick, who took his stepfather’s surname and became Richard Lynn Scott. Scott grew up in North Kansas City, Missouri, as the second of five children. His parents were lower-middle-class and struggled financially; Esther Scott worked as a clerk, among other places, at J. C. Penney.

Scott graduated from North Kansas City High School in 1970. He enrolled in community college and enlisted in the United States Navy the same year. Scott served in the Navy for 29 months as a radarman on the USS Glover (FF-1098). Scott received a Bachelor of Science in business administration from the University of Missouri–Kansas City while attending college on the G.I. bill. He attended Southern Methodist University and earned a Juris Doctor degree. He received his law license from the Texas Bar on November 6, 1978. 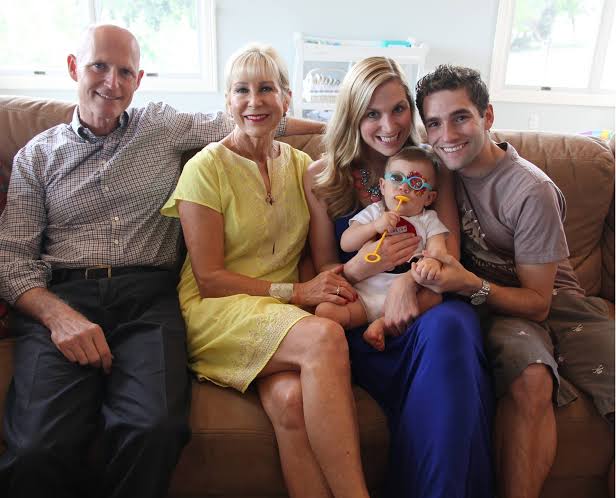 Scott started his first business while in college and law school, purchasing and reviving a failing doughnut shop (the Flavor Maid Do-Nut) by adding workplace delivery instead of relying on foot traffic. He later purchased and reopened another doughnut shop. Scott worked as an attorney at Johnson & Swanson in Dallas, Texas after graduating from law school.

Rick Scott was elected to the United States Senate in 2018 and served his first term as a Florida senator. Rick Scott was the 45th Governor of Florida, serving two terms and working every day to turn around the state’s economy and secure the state’s future as the best place for families and businesses to succeed. Rick Scott was raised in public housing in the Midwest by his adoptive father, a World War II veteran and truck driver, and his mother, a store clerk. Rick Scott joined the Navy and worked as a radar operator on the USS Glover. 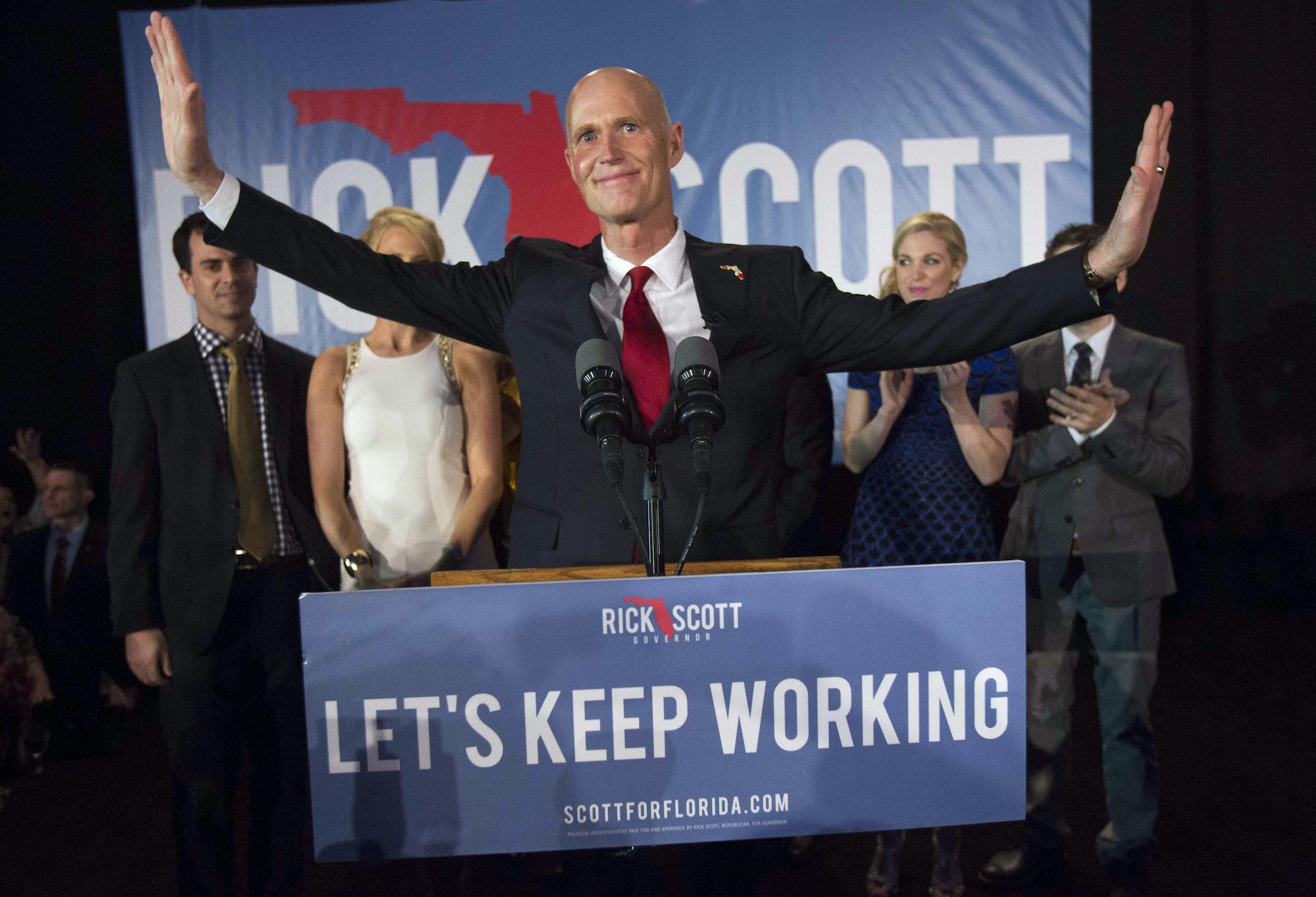 Rick Scott understood the value of a well-paying job for a family firsthand, and after Florida’s economic collapse ten years ago, he decided to run for governor as a businessman with no political experience. During his tenure as Governor, he successfully advocated for more than $10 billion in tax cuts and the elimination of thousands of burdensome regulations, resulting in nearly 1.7 million new jobs in Florida. Under his leadership, Florida’s unemployment rate fell from 11% to 3.3 per cent, the state debt was reduced by $10 billion, and record investments were made in areas that Floridians care about the most: education, the environment, and public safety.

Rick Scott’s net worth is estimated to be $220 million. He is said to be the wealthiest Senator in the country. He and his wife increased their net worth by selling their individual stakes in Valterra Products Holdings LLC, a North American provider of services and aftermarket products and accessories for the recreational vehicle (RV) industry, to the Swedish mobile living giant Dometic Group AB last year. 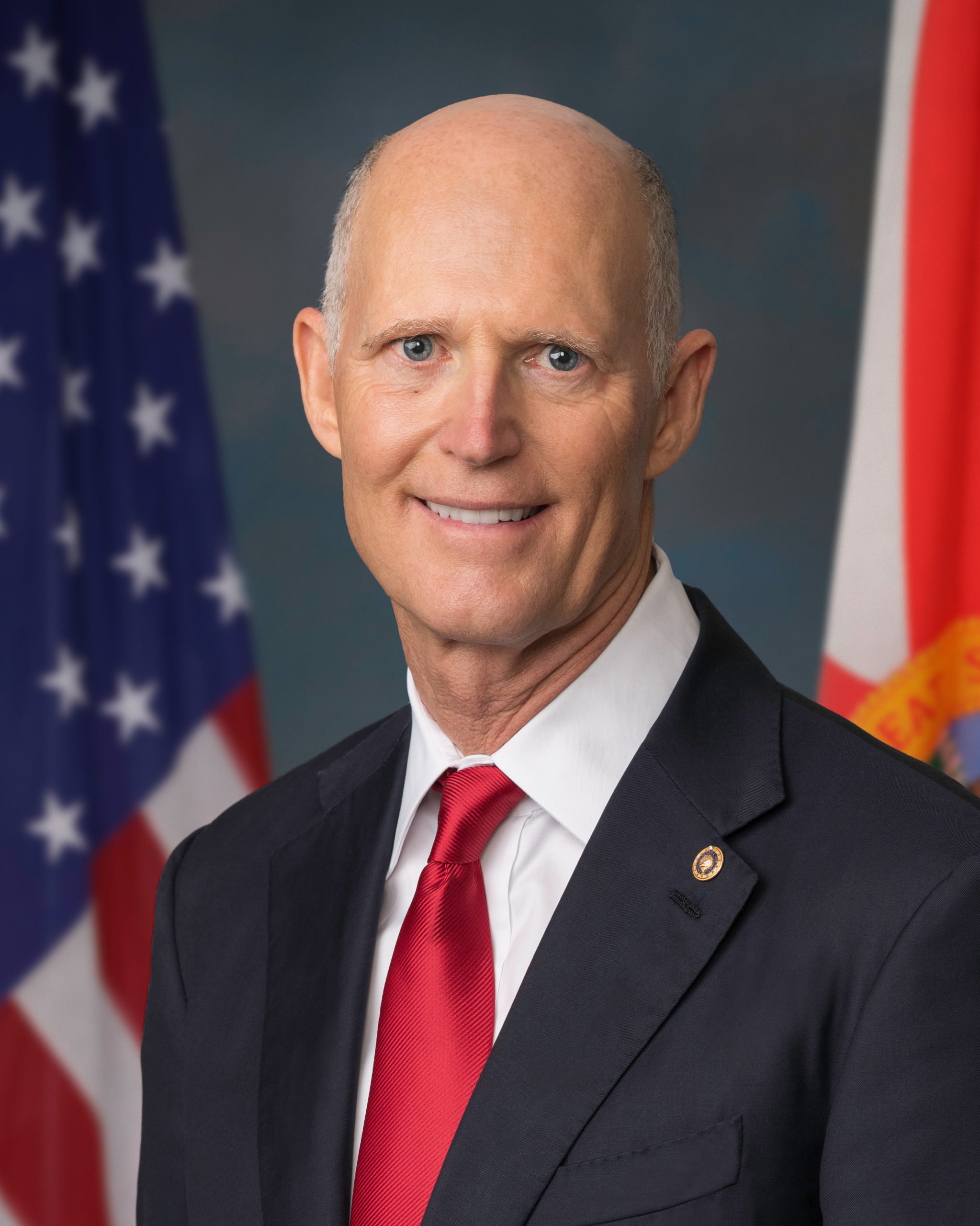