Save America rally announced by Donald Trump in Casper, Wyoming 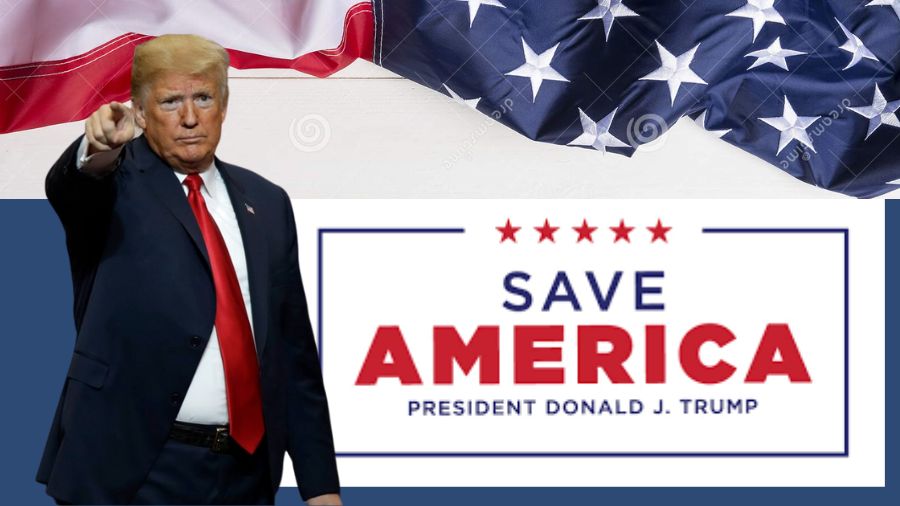 Former President Donald J. Trump has announced another Save America Rally in Casper, Wyoming. The event will be held on Saturday, May 28, 2022., at 4:00 pm MDT. President Trump will be delivering remarks in support of candidate Harriet Hageman for U.S. Representative from Wyoming.

The event will be held on Saturday May 28, 2022. President. The timelines of the event are to be followed:

Venue of the Save America Rally, Casper, Wyoming

The event will take place at  Ford Wyoming Centre and the address of the venue is Casper, 1 Events Drive WY 82601.

A map is provided, you can check the map and see the location of the event and also can find a suitable parking spot for yourself.

How to book tickets for Save America Rally, Casper, Wyoming

One of the greatest events of America is held by President Donald J. Trump, ‘Save America’ in  Casper, Wyoming. The event will be held on Saturday, 28 May, 2022, at 4:00 pm MDT. President Trump will be delivering remarks in support of a candidate for the U.S. representative, Harriet Hageman, and other Trump-endorsed candidates.

You can buy tickets from the official website of Save America or Eventbrite. You just have to register and you can become a part of the massive event. You can buy two tickets from a single registered number.

Those who cannot attend the event can also watch the live stream right here on The Conservative Nut.

The speakers’ list is not yet announced but it is confirmed that Harriet Hageman, and Tim Murtaugh will be attending the rally and delivering remarkable speeches. We will update you when the official guest speakers list is announced.

She is the most well-known Republican politician in the United States. She announced a few years ago that she was prepared to fight for Wyoming’s congressional seat. She was previously a member of the Republican Party, where she held a seat until she was defeated for head of state of Wyoming in 2018.

But, this time, she wanted to express her gratitude for all of her victories over the government. She was born and raised on a small ranch outside of Fort Laramie, where she had been born and raised. She could be in her fifties. From 1981 to 1983, she attended Casper College on a Livestock Judging Scholarship and completed her education there.

In 1986, Harriet earned a bachelor’s degree in Business Administration. She graduated from the University of Wyoming with a bachelor’s degree. She earned her law degree from the University of Wyoming College in 1989. She poses as a member from several irrigation districts across the state, proposing issues relating to irrigation and the impact of land use and change. She will deliver her remarks at the rally.

He has spent his entire career promoting and advancing conservative causes, nominees, and principles. He most recently worked for President Donald J. Trump’s re-election campaign as director of communications. He worked for the US Department of Agriculture Sonny Perdue for the previous two years in a similar position.

Line Drive Public Affairs LLC is his consulting firm, and he is the founder and principal. Murtaugh worked in state and national politics for more than two decades, serving in senior positions at the Republican National Committee, the Governors Association, and various political campaigns. He began his political career as the press secretary for former Virginia Senator George Allen’s successful 2000 campaign.

He started working in radio news and became the capitol bureau chief in Richmond, Virginia, before entering politics. Murtaugh is a Temple University graduate who now lives in Alexandria, Virginia, with his wife and children. He is a massive admirer of the Philadelphia Eagles, Pittsburgh Pirates, and Rush. He will be coming to the rally.

Hageman is running against Liz Cheney

Hageman is running for Congress in Wyoming against incumbent Rep. Liz Cheney. Cheney has made a name about herself as an anti-Trump Republican, which hasn’t gone over well with her constituents or her party. In November, the Wyoming Republican Party voted 31-29 to decertify the congresswoman as a Republican.

Cheney’s own party voted against him after her participation in the January 6 committee and a pattern of publicly criticising the 45th president. In February, the Republican National Committee (RNC) overwhelmingly voted to formally censure Cheney for her role in the Jan. 6 committee. “A good and also very suitable thing to do because it relates to our great Republican Party!” “Harriet does have my Complete total Endorsement in replacing the Democratic party one provider of sound bites, Liz Cheney,” Trump said ahead of the GOP primary in Wyoming.

Trump’s Save America rally in Wyoming must help Hageman’s campaign against Cheney gain traction. Multiple mega rallies in support of his endorsed candidates have been held by the 45th president across the country. The effectiveness of Trump’s key endorsements will be revealed in May’s Republican primaries in a number of states.

Save America Rally Warren, Michigan- All you need to know