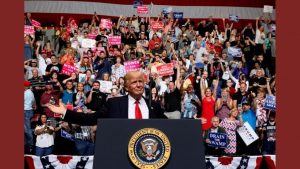 McKissick recalls the nation’s ” growth ” under the Trump administration and takes a dig at the Biden administration for “sky-high gas prices and inflation” in Democrat controlled regions. He said,“Under President Trump’s leadership, our Party saw exponential growth everywhere, but particularly in rural, historically Democrat Pee Dee counties. Sky high gas prices, inflation through the roof, a border crisis, and repeated foreign policy disasters have made it easy for voters to see the stark difference between winning Republican leadership with Trump in the White House and failed Democrat leadership with a Democrat majority in Congress and Joe Biden in the White House.”

Donald Trump’s save America rally in Florence will be a major event for those rooting for Trump in the upcoming 2024 presidential elections. Tickets are available at the Save America official website.

For those unable to attend, Trump’s Save America rally in Florence will be live streamed right here on World Wire.

Trump’s Save America rally will be held at the Florence Regional Airport on Saturday, March 12. Entry will open at 2 PM while the rally is scheduled to start at 7 PM.

Tickets are available at the official Save America website. You can purchase up to two tickets from a single registered mobile number.

At a previous Save America rally organised on 30 January rally in a fairground in the East Texas flat lands of Conroe, Trump seemed riled up as ever calling to his supporters to launch the “biggest protests” ever against prosecutors who “do anything wrong or illegal” by pressing criminal charges on him for his efforts to overturn the 2020 presidential election results as well as his businesses. 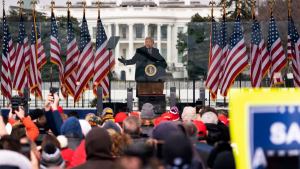 Trump has also dug himself an even deeper hole of legal troubles for hinting at pardoning the protesters responsible for the Jan 6 Capitol Hill insurrection that left  dead and caused damages worth millions, if elected President in the forthcoming 2024 elections. According to Trump, the protesters are being treated ” unfairly” for their actions and the protest was just “against a rigged election”.

“If I run and I win, we will treat those people from Jan. 6 fairly. We will treat them fairly,” he repeated. “And if it requires pardons, we will give them pardons, because they are being treated so unfairly.”  -said Trump.