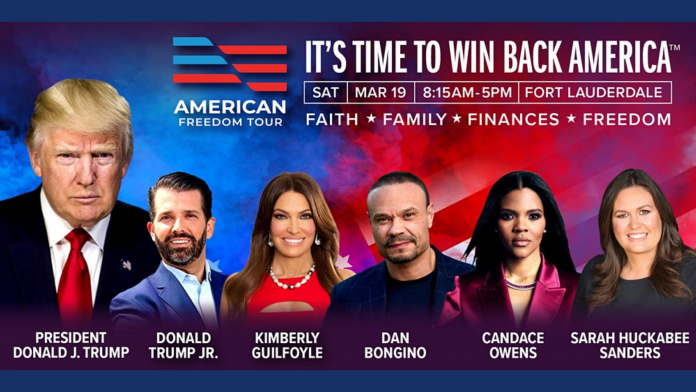 Sarah Elizabeth Sanders is also known as Sarah Huckabee Sanders, is an American political analyst and politician. She was the 31st White House press secretary, serving under President Donald Trump from 2017 to 2019. Sarah Sanders is also being touted as one of the most popular speakers at the American Freedom Tour this year.

She was the third woman to serve in that position. Sanders previously worked on the election campaigns of her father, Arkansas governor and presidential candidate Mike Huckabee, and later served as a senior advisor on Trump’s 2016 presidential campaign. Sanders is a candidate in the 2022 Arkansas gubernatorial election. She is one of the speakers on the American Freedom Tour. 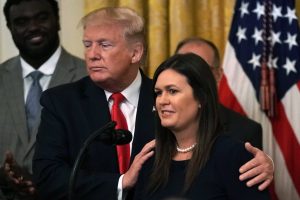 Sarah Huckabee Sanders is an American political analyst and politician. She was the 31st White House press secretary, serving under President Donald Trump from 2017 to 2019. She is coming on 19th March 2022 from 8:15 AM – 5:00 PM ED.  The event will be held at FLA Live Arena, Florida and the address of the event is 1 Panther Parkway Sunrise, FL33323.

American Freedom Tour is one of the historic events of America. On this day, faith, loved ones, unalienable rights and the freedom of America is being celebrated. America’s conservative people and influencers come together for an event to unite the whole nation and raise the silenced voices.

Even though the media and the government are trying to tear down America and its people, the American Freedom Tour celebrates the nation and its people. The event is led by President Donald J. Trump, Donald Trump Junior, Mike Pompeo, Candace Owens, Sarah Huckabee Sanders and many other famous people. 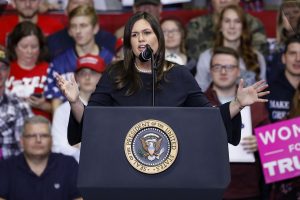 Where can I buy tickets?

Tickets can be bought from the official Eventbrite website. The price of the tickets may vary according to the seating arrangements from $9 to $3,995.