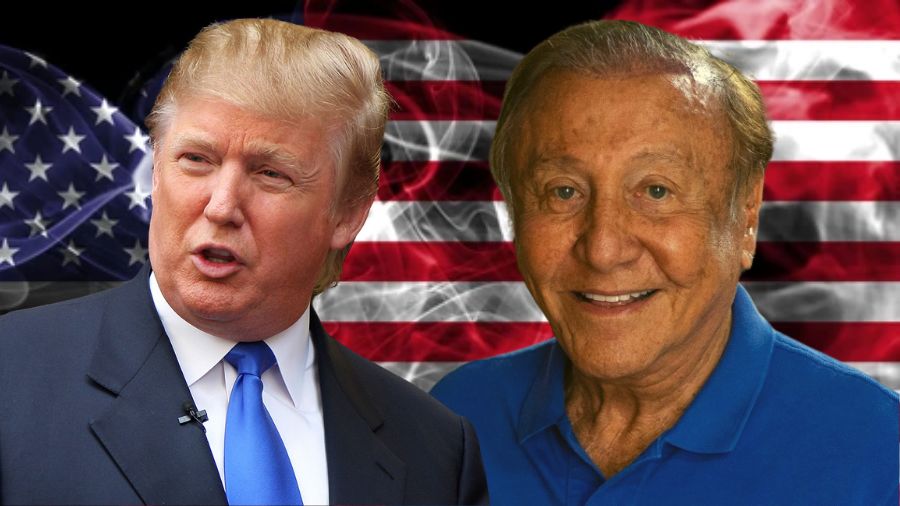 Rumours about a possible link between former President Donald Trump’s campaign and the current campaign of House of Nario candidate Rodolfo Hernández from Columbia have surfaced in the international media in recent days.

In these statements, it was indicated that Victor López, a political strategist who was part of the campaign of the former mayor of Bucaramanga until a few months ago, would have participated in the Trump campaign, with the mission of approaching Hispanics in the United States race.

The controversy began a few days ago when López publicly congratulated Hernández and claimed his participation in the candidate’s first-round victory. According to López, he joined Hernández’s campaign on October 30, last year, to develop a communication strategy for the League of Governors Anti-Corruption candidate.

However, since the businessman’s campaign, there has been an initial rejection in which said support was flatly denied and it was stated that contact with the Spaniard occurred only in the midst of a proposal presented by López and rejected by Hernández’s team. Two days later, the campaign accepted the role of advisor in another official announcement, indicating that it maintained “intermittent remote” contact with the engineer “making voluntary contributions and suggestions” until January 25.

Giancarlo Sopo, who directed Trump’s national Hispanic advertising during the 2020 election, told the newspaper El Tiempo that no one had heard of López since his campaign.

“Perhaps it is all a misunderstanding, but none of the members of President Trump’s Latino team know who Mr. López is, and we would surely remember him because we communicated constantly. As the saying goes, victories have a hundred fathers, and unfortunately, it’s common for consultants to exaggerate their roles in campaigns, and some even make them up out of thin air. Even those of us who really work on that strategy would never do that. That type of self-promotion seems crude, unprofessional and overshadows the candidates. In addition, the reality is that it was the president himself who marked the way,” -said a member of the Trump campaign to the Colombian media.

Businessman and former mayor of Bucaramanga who recently caused a stir in Colombian politics with a surprisingly strong performance in the first round of presidential elections last Sunday, Rodolfo Hernández, is now facing extreme criticism because of his sexist comments.

A week ago, when he was asked if women should occupy positions in politics and managerial jobs, he answered with a resounding “no”. “It is good for them to make comments and to provide support from their home. But people don’t like to see women involved in government,“ he stated at the time. And he went on: “Because they see her as being invasive, because she’s not the one they voted for, they voted for her husband. If there is something that Socorro, my wife, has to tell me, she is going to tell me about it at home.” -he said.

Now, in an attempt to clarify his already obvious meaning, the Columbian candidate has only made it worse. “Ideally, women should devote themselves to raising children,” he said in radio statements on Tuesday.

These are not the only controversial statements made by the former Bucaramanga mayor. Hernández, who will face leftist candidate Gustavo Petro in the runoff later this month on June 19, is also known for statements stating that he admired Adolf Hitler, though he later stated that it was a slip of the tongue and that he was actually thinking of Albert Einstein; he is also on record with misogynistic and xenophobic remarks about female Venezuelan migrants.