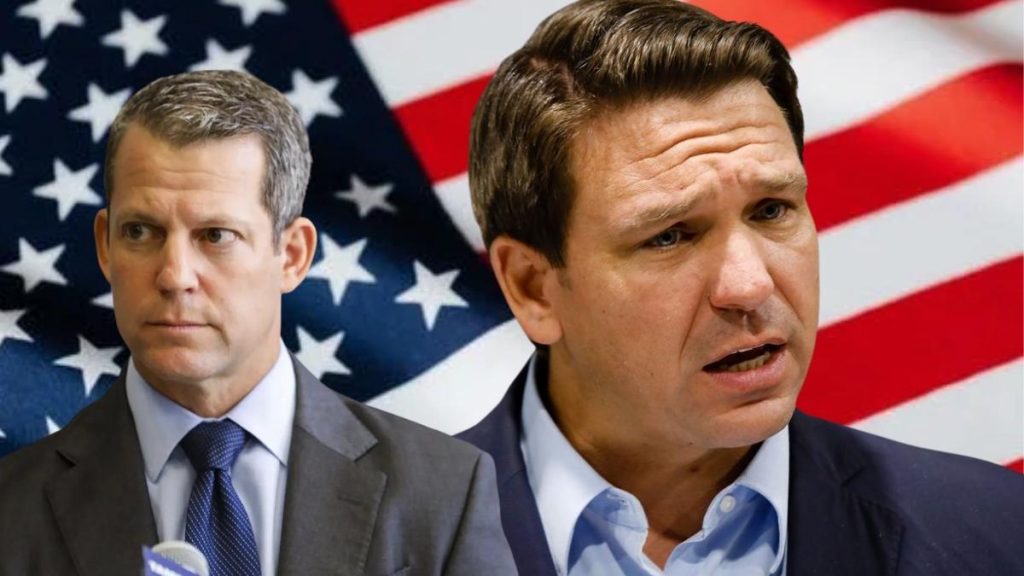 A Florida state attorney sued Governor Ron DeSantis on Wednesday after he was suspended earlier this month for saying he would not prosecute anyone seeking or providing abortions.

In a federal lawsuit filed in Tallahassee, Florida, prosecutor Andrew Warren claimed that his suspension by Florida Governor Ron DeSantis’ violated his First Amendment rights as well as Florida’s constitution and demanded his reinstatement.

The First Amendment allows elected officials to freely express their opinions on issues and policies, while also prohibiting officeholders from punishing others who do the same.

The pledges, according to DeSantis, “prove t

hat Warren believes he has the authority to defy the Florida legislature” and has a “flawed and lawless understanding of his duties as a state attorney.”

In the aftermath of Roe v Wade‘s appeal, Warren was among more than 100 prosecutors across the country who signed a pledge refusing to charge people seeking – or doctors providing – abortions with a crime.

“Today we took action against Ron DeSantis’ abuse of power and unlawful suspension,” Warren wrote in a Twitter post. “He’s violated the Florida Constitution by removing me from office without any legal justification, throwing out the results of a fair and free election,” Warren stated further, accusing DeSantis of blatantly abusing power.

Florida prosecutor Andrew Warren has held office since 2016, and was re-elected in 2020 when he defeated Republican Mike Perotti with over 53 percent of the total vote.

At a press conference earlier this week, Warren said that he was “forced out of office by an armed deputy” and an accomplice of the Florida Governor replaced him.

Ron DeSantis seems unfazed by the lawsuit with his office labelling it as “baseless” in a statement to a major media outlet. A spokesperson from the Republican Governor’s office said that it was not surprising that Andrew Warren, who failed to comply with the law, has filed a baseless lawsuit in response to his suspension. The spokesperson added, “We look forward to responding in court.”

The lawsuit filed by Warren claims that Governor Ron DeSantis failed to identify any actual conduct involving criminal activity that would warrant a suspension and that DeSantis is punishing Warren for expressing views that he disagrees with.

DeSantis, who has been heavily criticized by Democrats for enacting abortion restrictions and anti-LGBTQ legislation, held a campaign-style event to announce Warren’s suspension, at which supporters applauded the decision. An email seeking comment from the governor’s office was not immediately returned Wednesday morning.