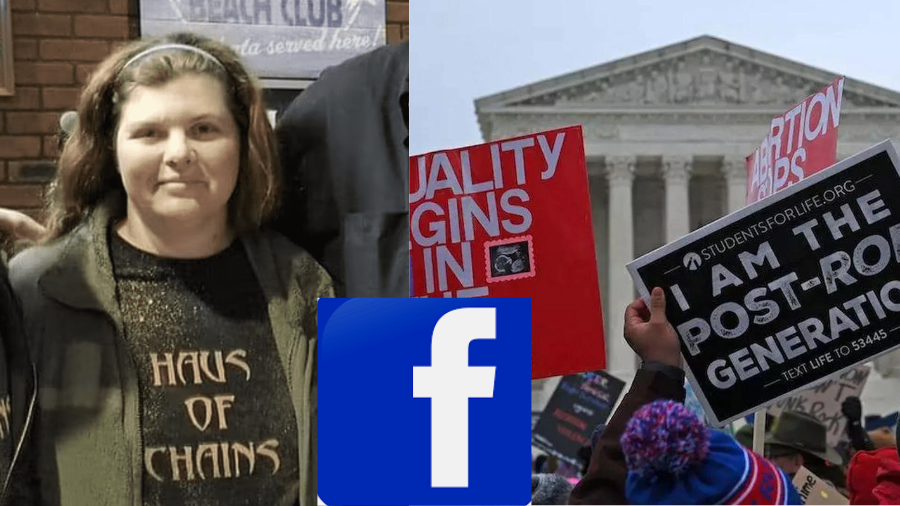 A Nebraska woman charged with assisting her 17 year old adolescent daughter in terminating her pregnancy at around 24 weeks after investigators discovered Facebook messages, has now been arrested. The messages included their DMs in which the mother-daughter duo discussed using a medication to induce an abortion and then burning the fetus to cover the evidence.

The case of the Nebraska woman arrested for assisting her adolescent daughter in terminating her pregnancy after investigators received Facebook messages between the two has raised new concerns about data privacy in the post-Roe era. In early June, the mother and daughter duo were charged with a single felony, removing, concealing, or abandoning a body, and two misdemeanors, concealing another person’s death and false reporting. The felony abortion-related charges against the mother were added about a month later, after investigators reviewed the private Facebook messages. At the request of prosecutors, the daughter, who is now 18, is being charged as an adult.

The prosecutor who was in charge of the case stated that this is the first time he has charged anyone with illegally performing an abortion after 20 weeks, a restriction enacted in 2010. Before the Supreme Court of the United States overturned the historic Roe v. Wade in June, states in the US were not allowed to enforce abortion bans until a fetus is considered viable outside the womb, which is around 24 weeks. Jessica Burgess, 41, tells her then-17-year-old daughter in one of the Facebook messages that she has got abortion pills for her and gives her instructions on how to take them to end the pregnancy. The Facebook messages also revealed how the daughter couldn’t “wait to get this ‘thing’ out of her body” and that she would finally be able to wear jeans.

The two initially told investigators that the teen had unexpectedly given birth to a stillborn baby in the shower on April 22. They claimed to have placed the fetus in a bag and placed it in a box in the back of their van before driving several miles north of town to bury the body with the assistance of a 22-year-old man.

According to court documents, the fetus had “thermal wounds” and the man told investigators that the mother and daughter had burned it. He also stated that the daughter confirmed to her mother on Facebook that the two would “burn the evidence afterward.” The fetus was more than 23 weeks old, according to medical records.

Burgess later confessed to investigators that he purchased the abortion pills “for the purpose of inducing a miscarriage.”

Meta says the warrant “didn’t mention abortion at all”

Meta, the company that owns Facebook, said on Tuesday that it received warrants requesting messages in the Nebraska case from the local law enforcement on June 7, before the Supreme Court decision overturning Roe. According to the company, the warrants “did not mention abortion at all,” and court documents at the time indicated that police were looking into the “alleged illegal burning and burial of a stillborn infant.”

Meta officials said that the company always scrutinizes every government request we receive to make sure it is legally valid” adding that the company fights back in the cases that it thinks are too broad or invalid. However, the company also stated that it provided information to investigators approximately 88% of the 59,996 times the government requested data in the second half of last year.

Meta refused to say whether its reaction would have been different if the warrant had included the word “abortion.”

“Nothing in the valid warrants we received from local law enforcement in early June, prior to the Supreme Court decision, mentioned abortion. The warrants concerned charges related to a criminal investigation and court documents indicate that police at the time were investigating the case of a stillborn baby who was burned and buried, not a decision to have an abortion,” read the statement from Meta.