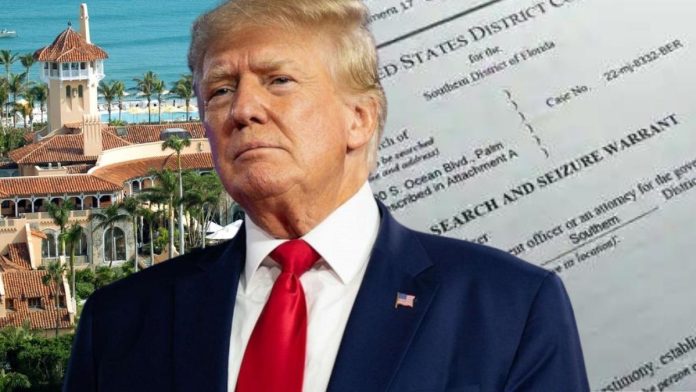 A Florida judge has ordered the Justice Department to file a redacted version of the FBI search warrant affidavit for the raid at the private estate of former president Donald Trump, Mar-a-Lago in Palm Beach, Florida. Judge Bruce Reinhart has stated that he is willing to release portions of the document as requested by media organisations. After the redactions are completed, he will make a final decision next week.

The Justice Department has refused to release the affidavit, claiming that doing so would hinder future efforts to secure witness cooperation and claiming that the investigation is still in its early stages. Mr. Trump has stated that he is pleased with the release of the affidavit.

Federal judge Bruce Reinhart set things in motion to initiate the possibility of releasing a heavily redacted version of the affidavit for the FBI search at former President Donald Trump‘s private Mar-a-Lago estate. The judge said in a hearing earlier this week that he is not fully convinced that the affidavit should remain fully sealed.

One of the three statutes listed on the search warrant for the raid at Mar-a-Lago, which was unsealed last week, was obstruction of justice. Judge Reinhart stated during the hearing on Thursday that he “found there is probable cause” that the statutes were violated. Jay Bratt, head of counterintelligence at the Department of Justice, made the remarks about obstruction being investigated while attempting to highlight the DOJ’s concern that future witnesses may be unwilling to provide information if too much information about the investigation was made public.

Bratt went on to describe the affidavit as lengthy, detailed, and containing “substantial grand jury information.” He told the federal judge that making the affidavit public would “provide a roadmap to the investigation” and would even indicate the next steps in the investigation. Bratt’s remarks in court emphasised that this is an active, ongoing criminal investigation, with extensive witness interview work and grand jury activity. While acknowledging that there is a public interest in transparency, Bratt stated that there is also a “public interest” in criminal investigations proceeding unhindered.

The judge gave the FBI permission to search the “45 offices” as well as “all other rooms or areas” at Mar-a-Lago that former President Trump and his staff could use to store boxes and documents.

The search warrant that was unsealed last week, cites three potential federal crimes as the motivation for the search: violations of the Espionage Act, obstruction of justice, and criminal handling of government records.