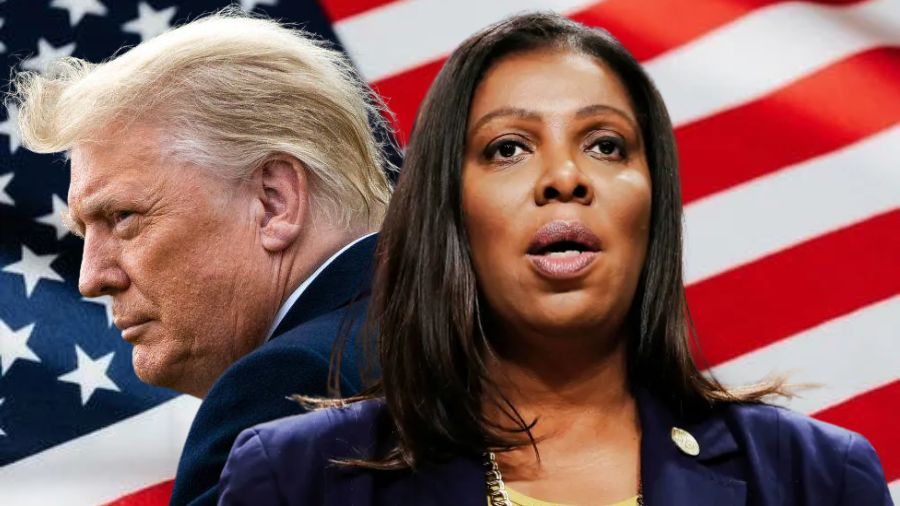 A Manhattan judge on Wednesday signed an agreement which said that Donald Trump has to give Depositions. A deposition is a legal process that involves the taking of sworn, out-of-court oral testimony of a witness that may be reduced to a written transcript for later use in court.

Donald Trump and his two children Ivanka Trump and Donald Trump Jr. have agreed to answer any questions asked to them under oath about their business practices. It will be mandatory for the trio to answer these questions unless their lawyer manages to convince the highest court in America to step in and take matters into their own hands. Letitia James who is the Attorney General of New York City has been conducting an investigation on Donald Trump and his companies for three years now which Trump was unable to prevent.

In 2020, Trump’s other son, Eric Trump, had also given a deposition but he refused to answer any questions asked at the time. Letitia James has alleged that Donald Trump’s company is committing fraud which is seconded by evidence. James says that Trump’s company has been exaggerating the prices and the value of their assets. James claims that the company has been overvaluing their skyscrapers, golf courses and even his Manhattan penthouse to get loans, insurance and get tax breaks for land donations. Trump claims that this is just another trick by the Democrats to pull him down, calling the move a ‘Witch Hunt”. The State of New York ruled that Trump will have to give a deposition as it is well within the rights of the Attorney General to question Trump about the principles of his company.

Donald Trump had filed a case against Attorney General of New York Letitia James to prevent her from further investigating his company but later on 27th May 2022, a federal judge dismissed the lawsuit that was filed by Trump. The lawsuit made allegations against James saying that she was merely targeting the former president. On the other hand, James says that Trump’s claims are baseless and she has vowed that the investigation she is conducting on Trump’s company won’t stop. Trump now has the option of appealing to New York’s top court -the court of appeals, to see if the decision of Trump, Trump Jr. and Ivanka Trump’s deposition can be overturned. Even if the court of appeals doesn’t overturn the decision, Trump has had a lot of experience giving such depositions.

Letitia Ann “Tish” James born on 18th October 1958, is an American lawyer, activist, and politician. She is a member of the Democratic Party and the current Attorney General of New York, having won the 2018 election to succeed appointed Attorney General Barbara Underwood. James is a member of the Democratic party. James studied at Harvard University in Washington where she received her Juris Doctor degree.

Letitia began her legal career when she began working for the New York State Assembly as a Public defender. Letitia later became the New York State Assistant Attorney General in the Brooklyn Regional Office. She also served as a member of the New York City Council for nine years from 2004 to 2013. James has chaired the Economic Development and Sanitation Committees and served on several other committees.

Letitia James represented the 35th District which not only includes Brooklyn but also neighbourhoods of Clinton Hill, Fort Greenen, parts of Crown Heights, Prospects Heights and also Bedford–Stuyvesant. James also served as the New York City Public Advocate for five years from 2013 to 2018. As Public Advocate, she became the first African American woman to be elected to and hold citywide office in New York City. James was also considering running in the gubernatorial elections of New York and even announced her candidacy in October 2021, but she later withdrew it in December 2021 and instead opted to contest the re-election for the position of attorney general.