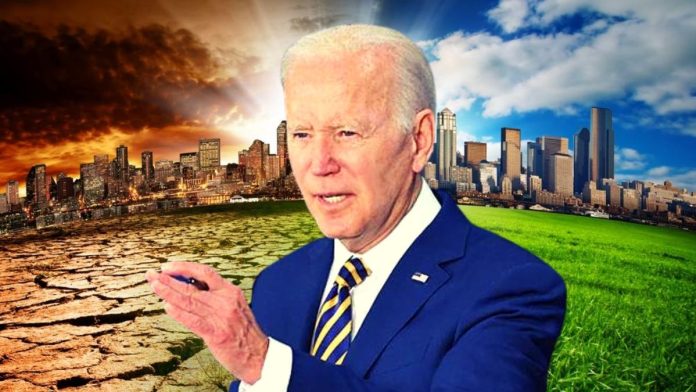 President Joe Biden signed a $430 billion bill into law earlier this week on Tuesday. The bill is the largest climate package in US history, with the goal of reducing domestic greenhouse gas emissions along with lowering prescription drug prices.

President Biden was joined at the White House event by several other Democratic leaders, including West Virginia Senator Joe Manchin, whose support was crucial to the passage of the Inflation Reduction Act across party lines after he initially opposed a similar measure. 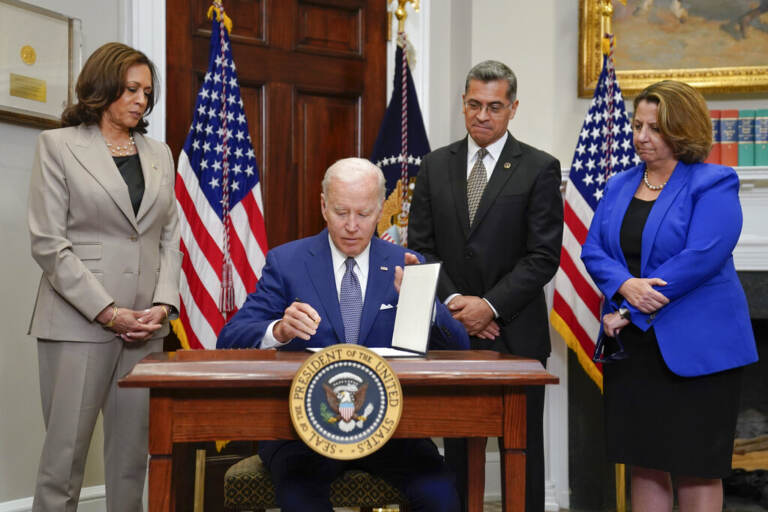 President Biden signed the bill into law in the White House State Dining Room earlier this week between his return from a six-day beach vacation in South Carolina and his departure for his home in Wilmington, Delaware. When lawmakers return to Washington on September 6, he plans to hold a larger “celebration” for the legislation.

The legislation aimed at combating climate change and lowering prescription drug prices seeks to reduce domestic greenhouse gas emissions. It will also enable Medicare to negotiate lower drug prices for the elderly while also ensuring that big companies and the rich pay their fair share of taxes. The legislation passed on Tuesday includes the largest federal investment in climate change history—$375 billion over a decade—and would cap prescription drug costs for Medicare recipients at $2,000 out-of-pocket per year. It would also assist an estimated 13 million Americans in affording health insurance by extending subsidies provided during the coronavirus pandemic.

The measure is funded by new corporate taxes and increased IRS enforcement of rich individuals with additional funds going to reduce the federal deficit.

“In this historic moment, Democrats sided with the American people,” said President Biden, referring to the bill.

Republicans think the bill is a reckless tax and spending spree

Republicans criticized the recently passed bill for doing little to reduce prices. According to Republican Senate Leader Mitch McConnell, the new law will have the opposite effect as to what it proposes.

“Democrats robbed Americans last year by spending our economy into record inflation. This year, their solution is to do it a second time. The partisan bill President Biden signed into law today means higher taxes, higher energy bills, and aggressive IRS audits,” said McConnell, referring to the Internal Revenue Service.

President Biden also signed a bill expanding veteran health care recently, labelled the PACT Act. The bill will provide assistance to war veterans who have been exposed to toxic exposure from burn pits during their service.

The bill is a significant victory for the Congress and addresses an issue close to the President’s heart. Biden has stated that he believes there is a link between the brain cancer that killed his son, Beau Biden, and the burn pits to which Beau was exposed during his military service.

Until about 2010, burn pits were commonly used to burn waste at military sites throughout Iraq and Afghanistan, including trash, munitions, hazardous materials, and chemical compounds. The Department of Veterans Affairs says that these massive open-air burn pits, which were frequently located on or near military bases, released dangerous toxins into the air, potentially causing short- and long-term health problems.

“Toxic smoke, thick with poison spreading through the air and into the lungs of our troops. When they came home many of the fittest and best warriors that we sent to war were not the same. Headaches, numbness, dizziness, cancer. My son Beau was one of them,” Biden said.