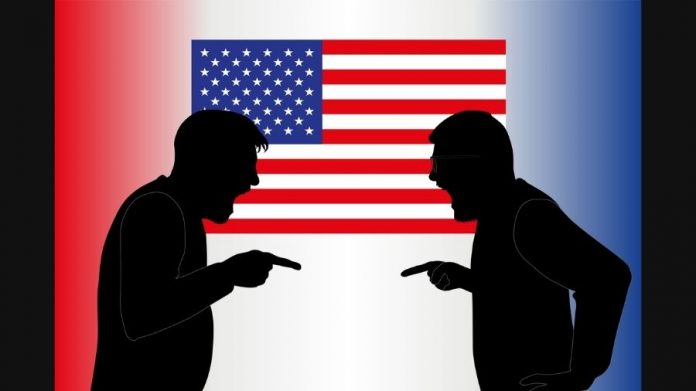 The Republican Party’s U.S. Senate candidate forum in Ohio on Friday night included a heated debate between contenders Mike Gibbons and Josh Mandel. The two nearly got into a fight when Mandel said Gibbons had “made millions” via business relationships with Chinese firms. After Mandel breaks his speech many times, Gibbons accuses the former soldier of not understanding how investments operate, prompting the latter to rise up and confront his competitor.

Who is Mike Gibbons?

Mike Gibbons was born in Cleveland and raised in Parma, Ohio, a working-class suburb. Gene Gibbons, his father, was a high school teacher and wrestling coach. Mike attended St. Ignatius High School and Kenyon College before going to work — first on a paper route, then as a gardener, and subsequently on construction teams and the factory floor.

Mike Gibbons entered the corporate field after receiving degrees from Kenyon, Case Western, and the Cleveland-Marshall College of Law. Mike Gibbons founded his own firm in 1989, at the age of 37. Brown Gibbons Lang & Company was born from this partnership. BGL exploited its Ohio roots to help dozens of native Ohio companies develop and generate employment, offering strategic and financial guidance as well as much-needed funding in an industry dominated by large New York and Chicago enterprises. Mike Gibbons is also the Managing Partner of the Cleveland Crunch professional soccer team, as well as the Co-Owner of Cheboygan Tap & Tool and Northern Lake Properties. Mike Gibbons has received multiple honours for his business achievements, including Ernst & Young’s Entrepreneur of the Year for Northeastern Ohio in 2002, which he shared with former partner Scott Lang.

“My job was to go in and convince CEOs and CFOs that they could trust me to handle the most important transactions those companies would ever do,” Gibbons, a businessman and investor, says of his career in the private sector. ” And I have to tell you, I believe it’s excellent practice for the United States Senate.” Former President Donald Trump’s 2016 campaign in Ohio was co-chaired by Gibbons, who stated, “I don’t believe we had a president that did more for this country in my lifetime than Donald Trump did.” “The Republican Party is not just about Donald Trump,” Gibbons said, “the Republican Party most closely reflects my ideology, which is, as I said, philosophical conservatism.”

Mike Gibbons served as the Ohio Finance Co-Chair for Donald J. Trump’s presidential campaign in 2016 and contributed even more money to Trump’s re-election campaign in 2020.

Who is Josh Mandel?

On September 27, 1977, Joshua Aaron Mandel was born. He is a far-right American politician who served as Ohio’s 48th treasurer from 2011 to 2019. He previously served as the Republican State Representative for Ohio’s 17th Congressional District from 2007 until 2011. In the 2012 U.S. Senate race, he was the Republican challenger to Democratic incumbent Sherrod Brown. 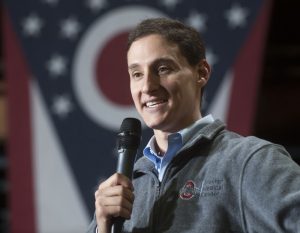 Mandel indicated in 2016 that he will run against Brown again in 2018, however, he eventually dropped out of the campaign. He is running for the Senate again, this time to replace two-term incumbent Republican Rob Portman, who stated his intention not to compete for re-election in 2022.

What went down between Mike Gibbons and Josh Mandel

The Republican Party’s U.S. Senate candidate forum in Ohio on Friday night included a heated debate between contenders Mike Gibbons and Josh Mandel. The two nearly got into a fight when Mandel said Gibbons had “made millions” via business relationships with Chinese firms. After Mandel breaks his speech many times, Gibbons accuses the former soldier of not understanding how investments operate, prompting the latter to rise up and confront his competitor.

A moderator approached the two guys and sought to calm them down. “You don’t know squat,” Gibbons shouted as Mandel took his seat, leading Mandel to stand again. Mandel was then advised to “back off.” by Gibbons. 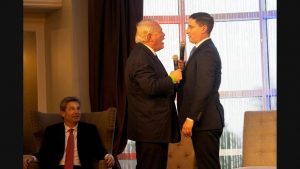 “Josh Mandel is unhinged, unfit and flailing because he’s losing,” Samantha Cotten, a spokesperson for Gibbons’ campaign, said in a statement following the altercation. “He is only a professional at one thing: running for office. He is hell-bent on lying because he is failing. He doesn’t have the temperament, experience or fortitude to be a U.S. Senator, and Ohio voters got a firsthand look at just how unprepared Josh Mandel has become, and that will be reflected on the ballot on May 3.”

“Mike Gibbons got upset tonight that he was called out for his investments in Chinese oil,” Scott Guthrie, Mandel’s campaign manager, said in a statement. “He claims not to remember the investment, but it’s part of a pattern of Gibbons entire career making money by taking American companies and selling them to foreign interests. While Ohioans are struggling to make ends meet in Joe Biden’s America, Mike Gibbons spent his entire career profiting by shipping jobs overseas and investing in places like China and Russia.”