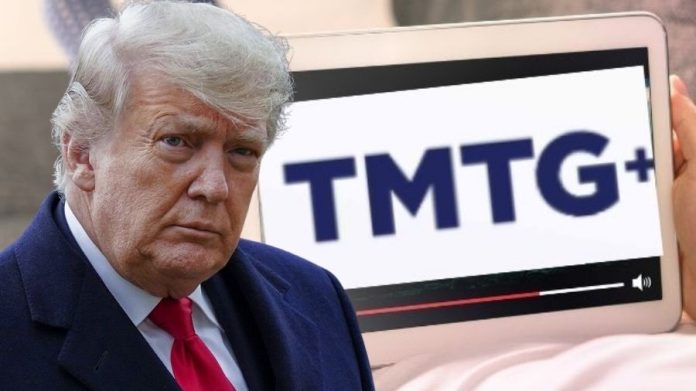 Former President Donald Trump had been grappling with an array of tech projects ever since he left office, and now, he plans on adding another project to the group, i.e, a streaming platform looking to compete with the likes of Netflix and Disney+.

“Home for a wide variety of non-scripted, scripted, and original content”

According to TMTG’s company overview, the Trump Media and Technology Group plans to offer “non-woke” entertainment through TMTG+, a new competitor to Netflix, Disney+, and Hulu. On Wednesday, the company announced two job openings for TMTG+, promising that the streaming service “will be the home for a wide variety of non-scripted, scripted, and original content.”

“Trump Media & Technology Group’s Streaming Video On Demand service will be a ‘Big Tent’ platform offering broad-based entertainment rooted in free speech,” the job offers read. “In addition to the Social Media platform Truth Social, our SVOD platform TMTG+ will be the home for a wide variety of non-scripted, scripted, and original content.”

TMTG is currently looking to hire a content development manager who would be in charge of creating original and unscripted content, and a content acquisition professional to oversee licensing content for the streaming service.

Truth Social is a brand new social media platform launched in February of this year by Trump Media & Technology Group, the technology firm of former US President Donald Trump (TMTG). The app was developed in response to a ban on the former president imposed by Big Tech platforms such as Facebook, Twitter, and Youtube in January 2022, following the attack on the Capitol building by Trump supporters. According to Trump, the Truth Social platform aims to promote free speech and a “cancel cancel-culture.” “Truth Social is America’s “Big Tent” social media platform that promotes open, free, and honest global dialogue without regard for political ideology.” -describes Truth Social’s official website.

According to reports, Truth Social was ranked 52nd on the chart prior to the transaction between Elon Musk and Twitter, while Twitter was ranked 39th at the time. Downloads of former President Donald Trump’s Truth Social increased by 150 per cent from April 18 to April 25, reaching 75,000 downloads for the week. Trump’s Truth Social has been downloaded nearly 1.4 million times since its release in February of this year.

According to the man in charge of former President Donald Trump’s fledgling social network, Truth Social is a target of the Biden administration’s new Disinformation Governance Board.

Devin Nunes, the congressman who left office to become CEO of the Trump Media & Technology Group, described the government as the most significant threat to free speech now that “Big Tech tyrants” can’t silence people’s voices.

“I think it’s so Orwellian, so dystopian, something you only see in dictatorships that now, they’re going to set up some type of disinformation board. I think that’s a direct attack on what we are doing at Truth Social because we can no longer be cancelled,” -said Nunes while in conversation with Maria Bartiromo on a segment of the Sunday Morning Futures on Fox News. “We’re going to protect our users from this new phoney government disinformation service, and the fact that they would use some D-rated TikTok star that is the queen of disinformation herself on the Russia hoax and the laptop from hell to head up is really the height of hypocrisy that’s so unbelievable,” he added.

The Homeland Security Department houses the Disinformation Governance Board, which was revealed in the last week of April. Nina Jankowicz, the organization’s new director, has been chastised for promoting Christopher Steele’s debunked anti-Trump dossier and dismissing concerns about Hunter Biden and his laptop. Republicans have criticised the board, comparing it to George Orwell’s novel 1984’s Ministry of Truth.