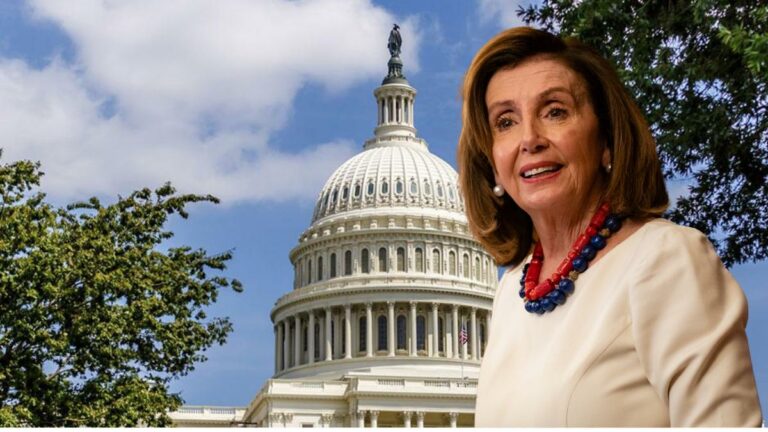 Long term House Speaker Nancy Pelosi steps down from leadership position. She announced her decision in a speech on Thursday. She will not be running for re-election as the first woman to hold the gavel, and instead, will pave the way for a new generation to lead the party after the GOP won control of the House of Representatives last week in the midterm elections.

Pelosi announced her resignation in a speech on the House floor, following nearly two decades of leading Democrats and in the aftermath of a gruesome attack on her husband, Paul Pelosi, by an intruder armed with a hammer last month in their San Francisco residence — and after having finished “the people’s work.”

Speaking on the House floor, the 82-year-old Democrat stated that she will remain a member of Congress.

“With great confidence in our caucus, I will not seek reelection to Democratic leadership in the next Congress,” said Pelosi in her speech.

“For me, the hour has come for a new generation to lead the Democratic Congress that I so deeply respect,” Pelosi added. “And I am grateful that so many are ready and willing to shoulder this awesome responsibility.”

Nancy Pelosi’s decision comes after her party was able to stave off an expected Red wave in the House of Representatives, though Republicans will still have a majority, nevertheless, a much narrower one than predicted.

Rep. Hakeem Jeffries of New York, who represents parts of Brooklyn and Queens, has emerged as the front-runner to lead House Democrats following Nancy Pelosi announcing her resignation.

President Joe Biden, who had encouraged the House Speaker to remain as Democratic leader, spoke with her earlier that day and congratulated her on her historic tenure as House Speaker.

“History will note she is the most consequential Speaker of the House of Representatives in our history,” President Biden said in a statement.

Pelosi told reporters after her announcement that she will not endorse anyone in the race to succeed her and will not serve on any committees. She further stated that the assault on her husband “made me reconsider staying.” However, following the election, she decided to resign.

Former President Barack Obama also praised the House Speaker for her long tenure in a tweet that included a photo of him and Nancy Pelosi.

“Speaker Nancy Pelosi will go down as one of most accomplished legislators in American history—breaking barriers, opening doors for others, and working every day to serve the American people. I couldn’t be more grateful for her friendship and leadership,” wrote the former Democrat President.

During her career, Nancy Pelosi helped propogate significant elements of former President Obama’s agenda in the Congress Congress while he was president, like the Affordable Care Act.