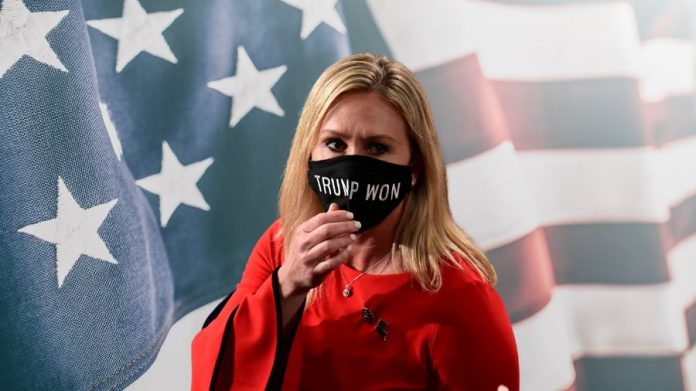 On Tuesday, Representative Marjorie Taylor Greene came to the floor of the House to voice her opposition to what she referred to as a two-tiered judicial system biased in favor of Democrats.

The congresswoman stated the atrocities committed against her but that she has alluded to the Department of Justice by Capitol Police, that the DOJ is reluctant to arrest and charge these crimes, and that this was a further instance of the two-tiered justice system that we are living with under the Biden government.

According to Greene, a sign was vandalized and stolen as part of the offenses in the issue. Greene hangs the sign outside of her office, and it reads: “There are only two genders.”

She said that this sign is a straightforward reality and illustrates what she believes, based on her faith and what it says in Genesis in the Bible, which is that God made humankind in his likeness, male and female. She believes this to be true because of what the Bible teaches. She went on to say that the sign had been damaged nine times and had been stolen twice.

One of the incidents featured an image of Jesus being placed on the sign along with the words “I never knew you, MTG.”

Was this a threat?

She indicated that she was concerned about her safety. She had reason to believe that her future was at risk, given the number of violent threats she had gotten, not just towards herself but also against her family. 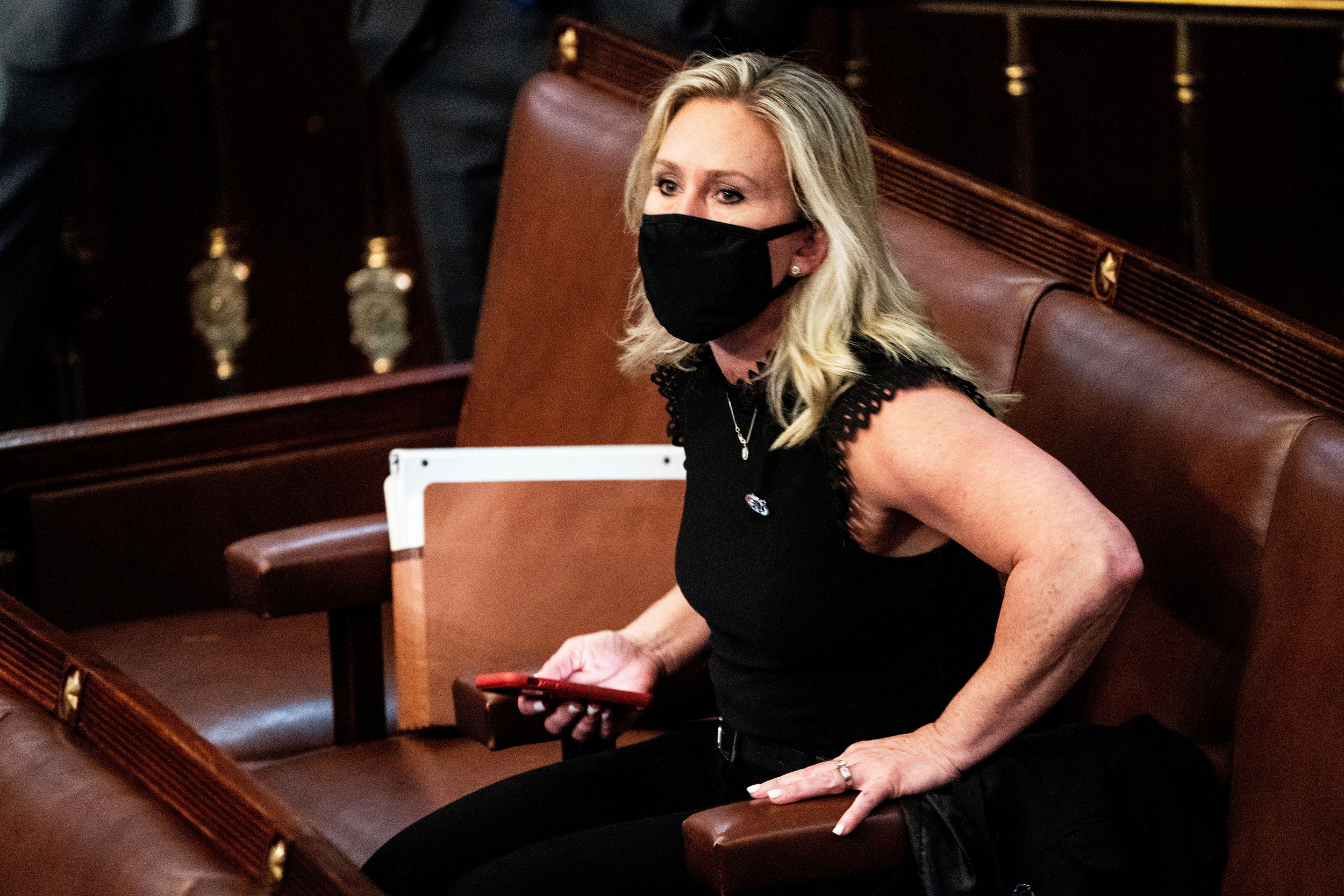 Greene said that she later learned that the offender was Tim Hysom, who works as the chief of staff for Democratic Representative Jake Auchincloss of Massachusetts. She said that the State Police had at first refused to tell her who had done it.

Notably, police and Auchincloss admitted on Monday that the congressman’s office was also involved in letting Stephen Colbert’s production crew into the Capitol building a week ago, which led to multiple arrests. 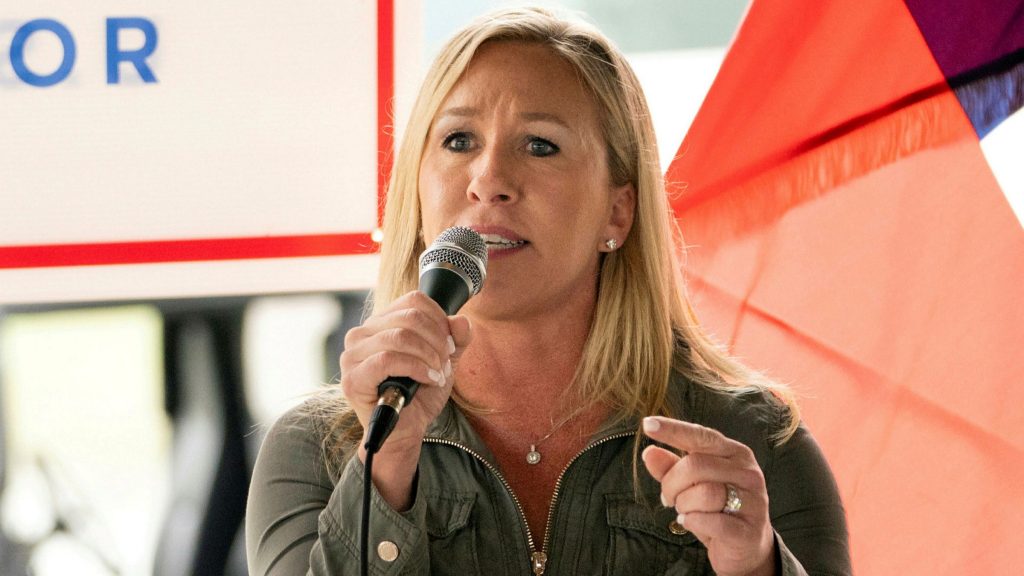 Greene claims a video of Hysom vandalizing her board in March is with her. As a result, Capitol Police sent him to the Department of Justice for possible indictment for the damage of personal material. But Greene was soon informed that the office of the United States Attorney would not be charging Hysom.

Why won’t he be charged?

According to the reports in the press, the explanation offered was that the attorney’s office believed the court wouldn’t permit the case to continue. MTG remarks on this case

During her address, Greene indicated that she is unhappy with how the judicial system works.

The Republicans’ take on this incident 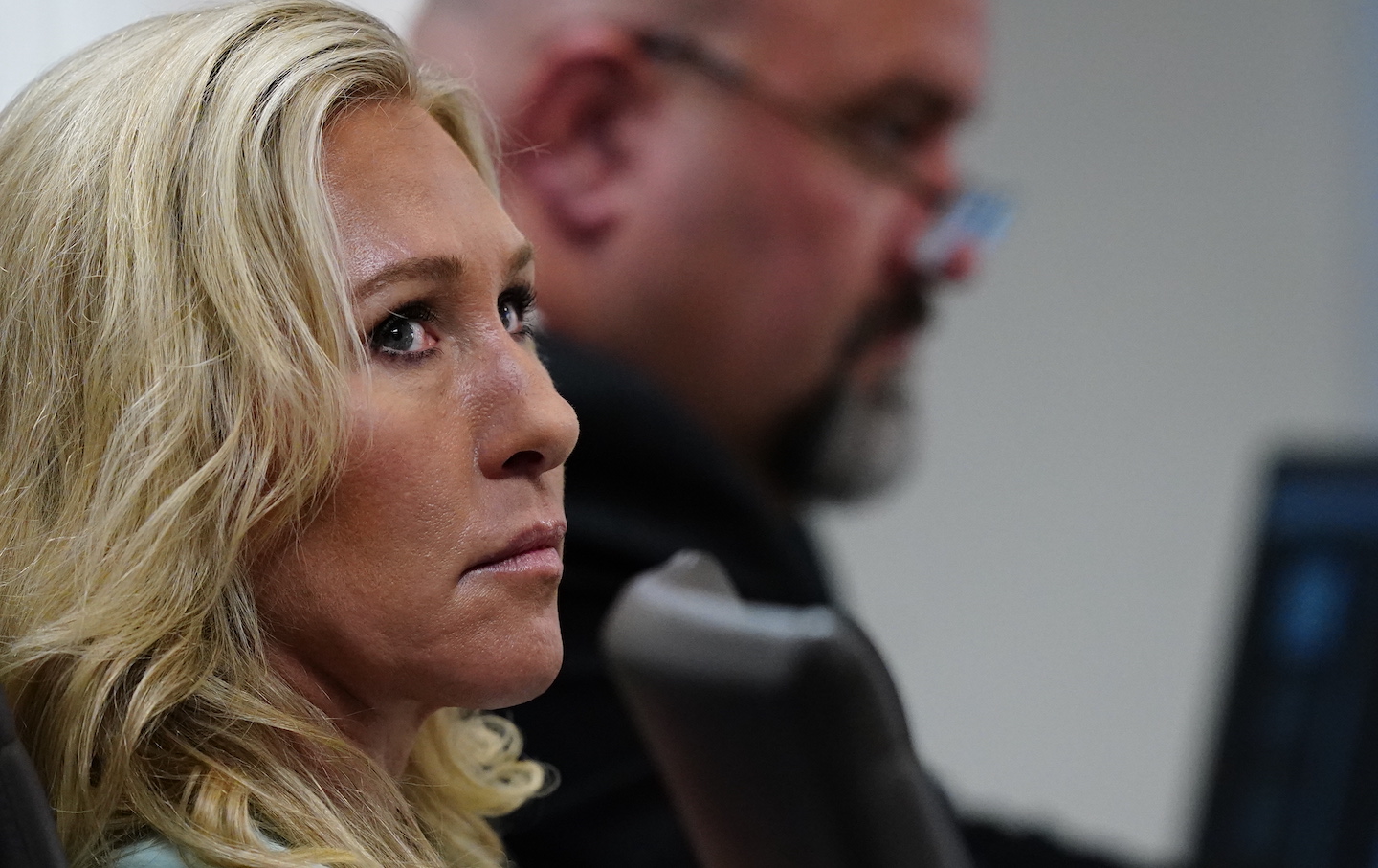 Conservatives have recently criticized the Department of Justice for its dealing with numerous criminal justice issues, including mass demonstrations out front of the residences of Supreme Court justices; the turmoil at the border; purely political interrogations of former President Donald Trump; and the violent protests that occurred on January 6 in the Capitol.

What does MTG have to say about the system? 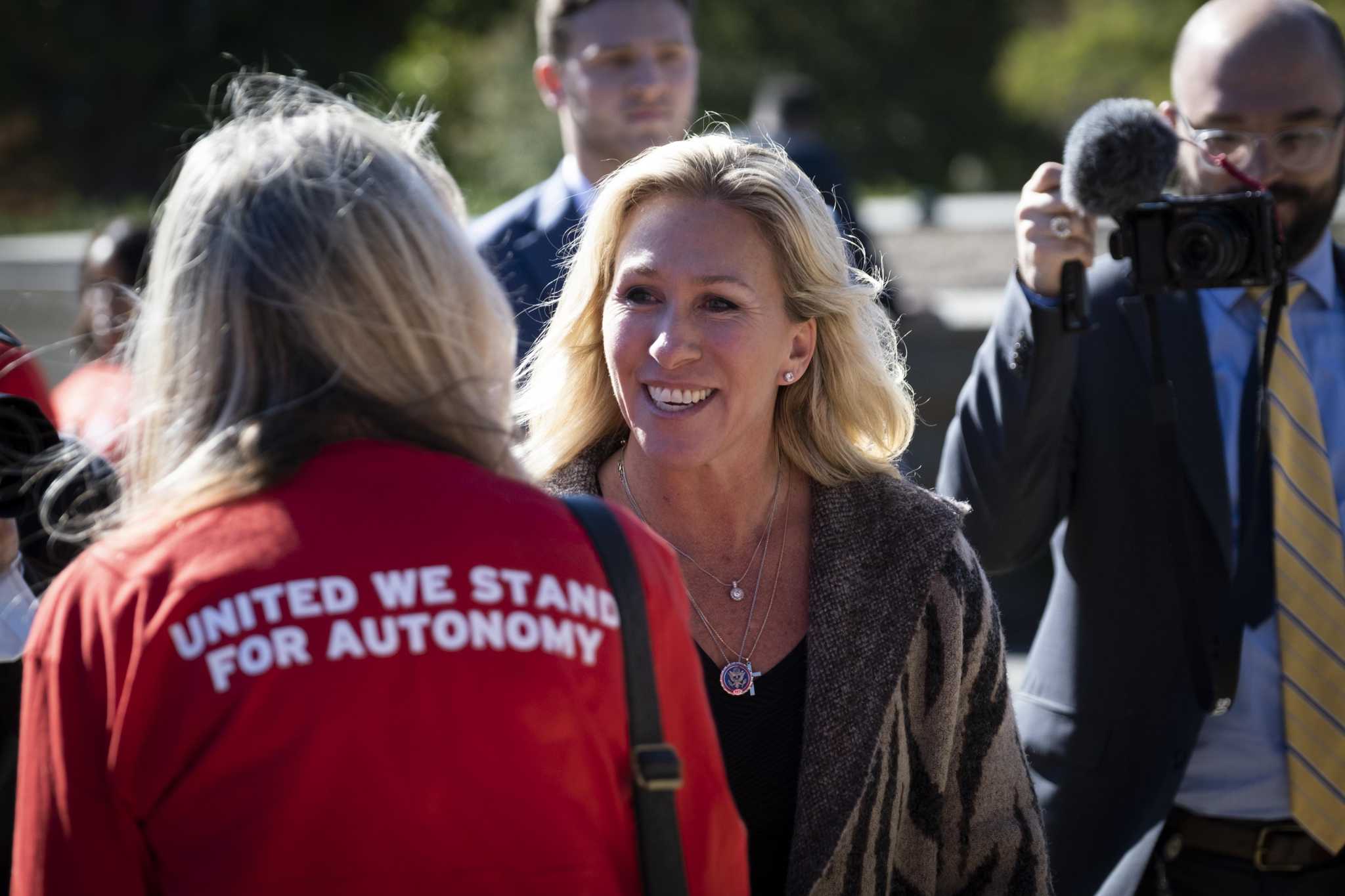 Greene stated that the justice system had been trying to prosecute the protestors of the January 6 incident to the fullest and that a few of them were currently serving in the D.C. jail. She said this while making the point that there was an apparent conflict of interest between how her harasser was treated and how the people convicted in the January 6 case were treated. 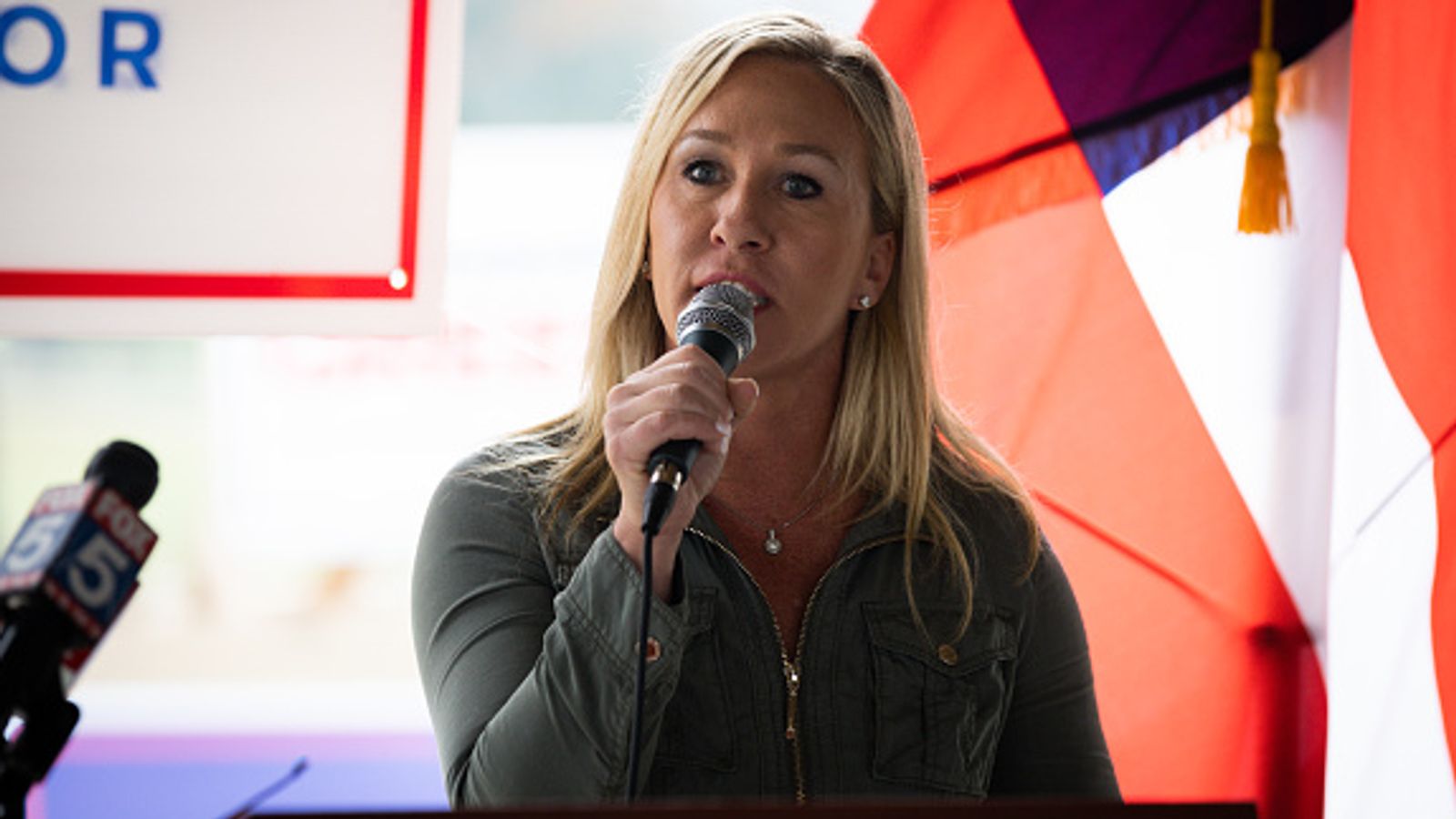 She summarized that if a Republican member of Congress is followed, harassed, assaulted because of their gender, or attacked because of their religion by another person, the charges against that person will be dismissed. She stated that she had no idea why the Republicans had allowed such things to continue.

Read More: Rusty Bowers is ripped by Trump ahead of public testimony on Jan 6

Greene admonished her colleagues as she drew to a close by saying that they would reach a point someday when the American people were not only weary of the judicial system, but they wouldn’t trust it anymore. She concluded her message by stating that she does not hold the people accountable for their disbelief since the system has become more unreliable.