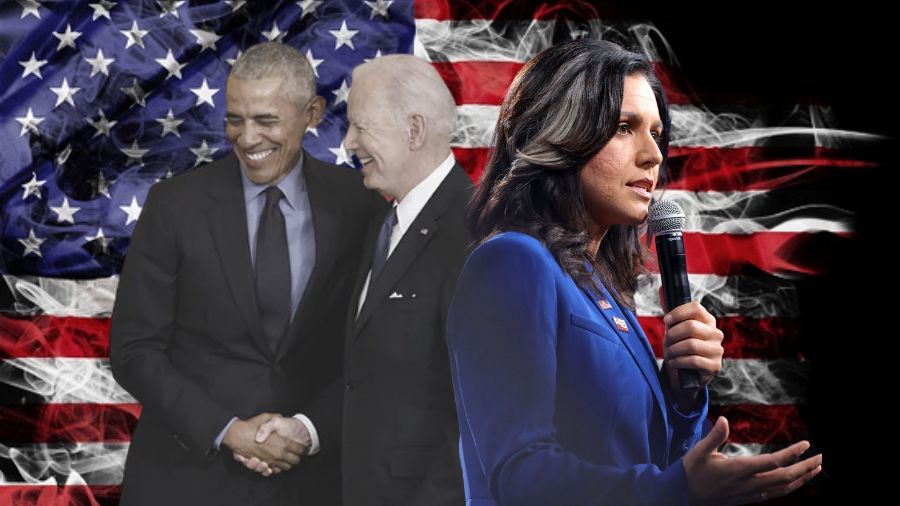 Tulsi Gabbard feels that the establishment of the Disinformation Governance board is the idea of former President Barack Obama. She further goes on to link this to the Ministry of Truth in the novel 1984 written by George Orwell.

She claims to say that President Joe Biden is merely a ‘Front man’ to do all of Former President Barack Obama’s work.

“Biden is just a frontman,” Gabbard said on Twitter Sunday. “Obama, April 21: social media censors ‘don’t go far enough,’ so the government needs to step in to do the job. Six days later, Homeland Security rolls out the ‘Ministry of Truth’ (aka Disinformation Governance Board).”

What is the Ministry of Truth/ Disinformation Governance Board?

President Joe Biden has announced the formation of the Ministry of truth also known as the Disinformation Governance Board. The main aim of this board is to protect national security by tackling the problem of foreign disinformation and misinformation.

The major issues are false information spread by human smugglers to surge to the Mexico-United States border, about the COVID situation in 2022 and even regarding the Russia Ukraine war situation. This board has been formed to protect the human and civil rights of the people.

Many people like Tulsi Gabbard a former United States Representative says that the formation of the Disinformation Governance Board might have been the idea of Former President Barack Obama.

Obama was the first African – American to take the role of the President of America. He was a member of the Democratic party in America and worked as the Illinois State Senator from 1997 to 2004 and then as the U.S. Senator from Illinois from 2005 to 2008.

Barack Obama graduated from the University of Columbia in 1983, after graduating from the university Obama worked as a community organizer in Chicago. He later in 1988 registered himself at Harvard Law School. Obama was the first black man to become the President of the Harvard Law Review.

After completing his education at Harvard Law School Obama worked as a civil rights attorney, and a professor teaching constitutional law at the University of Chicago Law School.

Obama started his political career when he was elected to the Illinois Senate in 1996. He succeeded Democrat State Senator Alice Palmer. Barack served three terms in the Illinois State Senate.

He sponsored many laws for the welfare of the people, negotiated welfare schemes and many more. Once he was elected, he gained bilateral support for constitutional reforms, ethics and health care laws. He even supported Republican Governor Ryans loan payday rules. He went on to run for the presidency in the 2007 elections.

Things you may not know about Joe Biden

Joseph Robinette Biden born on 20th November 1942 is an American Politician. He was the Vice-President during the Presidency of Former President Barack Obama and the current President of the United States of America. He is the 47th President of the States.

Biden graduated from the University of Delaware. In 1968 he earned a Law Degree from Syracuse University. When Biden was appointed by the U.S. Senate he became the sixth youngest senator in the history of the United States.

He dealt with various issues such as drug policies and crime prevention. This led to the forming of many policies such as the Violent Crime Control and Law Enforcement Act and Violence Against Women Act.

Biden ran in the 2020 Presidential elections and won against Republican Donald Trump. This not only makes President Joe Biden the oldest President but also the first President to have a female Vice- President Kamla Harris. He has recently announced the formation of a ‘Ministry of Truth.’

Tulsi Gabbard born on 12th April 1981 is an American Politician and a former representative of the United States of America. Tulsi is the first Hindu member of the Congress.

Tulsi dropped out of Leeward Community College where she was studying television production to run for the Hawaii State Legislature. She later graduated from Hawaii Pacific University with a B.sc in business administration in 2009.

Tulsi was born to Samoan-European parents but her interest in Hinduism peaked when she was a teenager. She was also a candidate for the Democratic party.