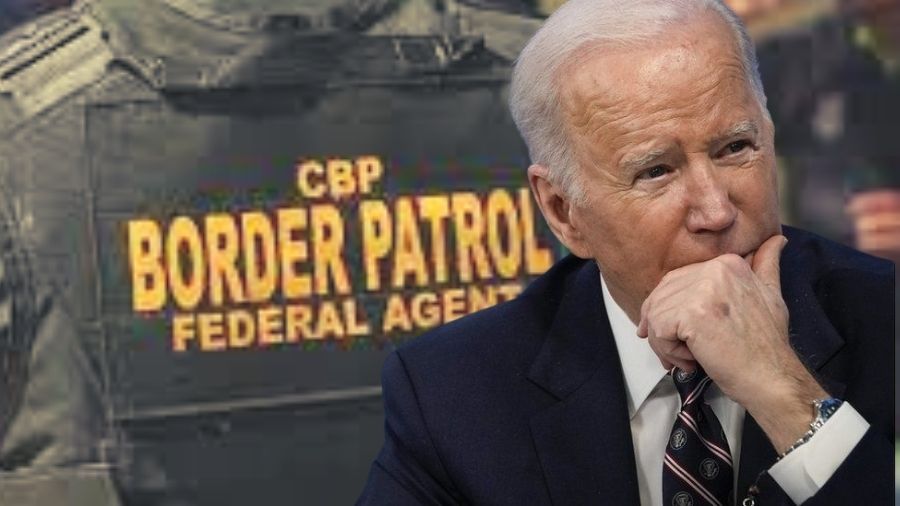 ‘President Joe Biden’s plan to lift Title 42 the pandemic edict allowing for blanket expulsion of migrants entering the United States at the southern border, lacks support from not only Republicans but also the majority of independents and a significant number of Democrats across the country.

The administration announced on April 1 that the Centers for Disease Control and prevention would lift the Trump-era order starting May 23, allowing for the normal processing of refugee asylum requests inside the U.S. The administration has repeatedly stated that the order is a “public health” measure meant to stop the spread of COVID-19, as opposed to what some left-wing activists have described as a cruel immigration restriction put in place by Biden’s predecessor.

Still, with the U.S. seven-day average for coronavirus cases on the rise, a new Morning Consult politico poll found that 54% of the respondents, including 23% of Democrats and 53% of independents, oppose Biden’s decision. Forty-one per cent strongly opposed Biden’s decision, compared to just 13% who strongly supported it.

That same poll found that border security and other security concerns ranked the second most important issue to the 2,005 respondents. Biden and former president Donald trump scored near-identical approval ratings, 42%, and 41%, respectively, among the same group. Forty-seven per cent said they trysted republicans in congress to handle immigration issues, compared to 36% who preferred Democrats.

Democrats in the House and Senate have signed on to legislation that would keep Title 42’s deferral powers in place until 60 days after Surgeon General Vivek Murthy lifts the pandemic health emergency, even if Biden proceeds with his plan to end the order.

Other lawmakers sought to tie keeping Title 42 in place to a bipartisan $10 billion COVID 19 funding bill, yet that proposal was eventually scuttled by leadership after the White House came out against it.

“This is a decision made by the CDC. It’s a public health decision. It should not be wrapped up, of course, in politics, and the decision made by the CDC is where it belongs as it relates to Title 42,” White House press secretary Jen Psaki told reporters of attempts to link Title 42 to additional pandemic funding. “The impact of not getting this aid would be significant. Right now, these additional resources are urgently needed for our domestic response, including, just to give you a sense of some examples of how it would be used, booster shots for the general population, monoclonal antibodies, and Evusheld for the immunocompromised, [and] maintaining our testing capacity. These are all components that are vital to our continued fight against the pandemic.”

“It has been a long-standing open invitation. Any Republican who wants to work with us on immigration reform, you’re invited. Let’s have a conversation. We have not seen an expression of that interest across the board,” she said during Monday’s briefing. “We have conversations with Democrats and Republicans all the time, but I think it’s clear what we’re seeing from Republicans is an effort to politicize this and not fix what we all recognize is an outdated and broken system.”

The Department of Homeland Security has estimated that up to 18,000 migrants could be apprehended at the southern border every day once Title 42 phases out on May 23, but Secretary of Homeland Security Alejandro Mayorkas maintains that the administration is capable of handling the massive migrant surge.

Why is the border crisis happening?

Academics claimed the immigration crisis was a result of American interventions in Central America during the cold war, with high amounts of political instability, violent crime, and poverty stemming from the United States’ support of authoritarian regimes.

Is the US-Mexico border open for travel?

U.S. citizens are permitted to enter. Travellers entering Mexico by land from Belize, Guatemala, or the United States may be denied admission if the purpose of their visit is considered non-essential (SRE Announcement ).